What's your favourite horror film of 2019? 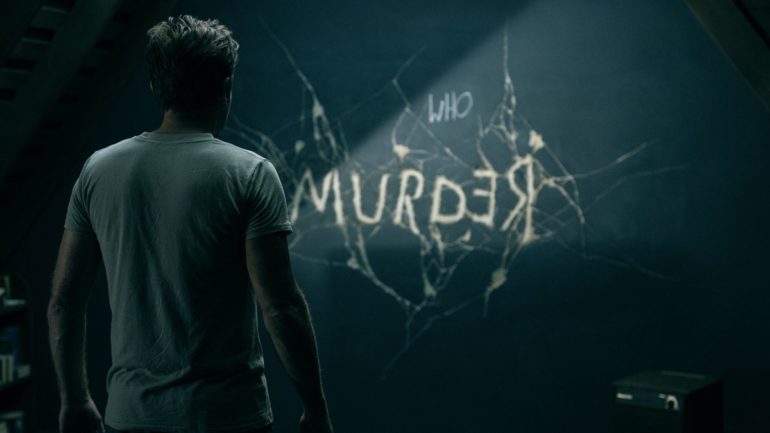 2019 was a phenomenal year for horror. Whether it be indie or big-budget blockbusters, the plethora of creative concepts being introduced makes this an exciting time to be a horror fan. Whether it’s Mike Flanagan’s next big horror blockbuster or an equally passionate newbie director making their debut, 2019 had an influx of original, quality horror than ever before.

Films such as The Head Hunter or One Cut of The Dead prove that smart and robust premises trump even the biggest of budgets. While I still enjoy larger than life event films such as Avengers: Endgame or Martin Scorsese’s The Irishman, these lesser-known films are the ones inspiring an entirely new generation of up and coming filmmakers. If you have an idea and the wherewithal to execute on it, you can find an audience that appreciates your vision, no matter how weird or abstract it may be.

Below are the ten horror films that I enjoyed the most this year (presented in no particular order). And while these may not be the extravaganza event horror flicks of the year, these were the films that stuck with me the most.

1. Girl On The Third Floor

Travis Steven’s strong directorial debut is fueled by an equally impressive debut performance from Phil Brooks (CM Punk) in this DIY haunted house horror. Don (Brooks) buys a fixer-upper home for himself and his pregnant wife, in an attempt to escape a past filled with excess vices.

However, as the movie wears on, we discover that the repairs that both the house and Don require are far more severe and demanding than initially realized. Eerie from start to finish, thanks to Scott Thiele’s engaging cinematography and Gina Flammio’s engrossing set design. Thiele and Flammio trap the viewer within the claustrophobic confines of this deteriorating and gruesome haunted house, gleefully terrorizing the audience throughout.

If you are in the market for a neon-drenched, drug-fueled bloodsucker flick, Joe Begos’ Bliss has you covered. Dezzy (Dora Madison) is a talented but struggling artist who frequently succumbs to the mania of excessive drug and alcohol consumption in an attempt to shatter a creative impasse. To make matters worse, she contracts vampirism after a night of vice filled lust, and down the rabbit hole she falls.

The film’s relatively straight forward plot is elevated by Begos’ baroque style and framing, which captures Dezzy’s chaotic, confusing, and unpredictable descent into her new bloody craving. It’s a cathartic exercise in stylish excess, further fueled by ferocious and unforgiving gruesome SFX that makes this an equal balance of style and substantive vampire bliss.

3. I Trapped The Devil

The year’s best episode of Twilight Zone, I Trapped The Devil is a paranoia infecting good time. Matt (AJ Bowen) surprises his brother Steve (Scott Poythress) during the holidays, only to find that he has barricaded himself in his home, claiming to have trapped the devil in his basement. A standoff ensues between brothers attempting to look past their troubled history while trying to decipher whose reality is saner.

The fantastic, looming dread that director Josh Lobo and cinematographer Bryce Holden have crafted permeates throughout this brisk 84 minutes atmospheric horror. Moody-holiday lighting, uncomfortably tight shots, and solid performances all around will have the audience questioning who to believe up until it’s shocking ending. Do not overlook this slow atmospheric burn.

Given their inherently haunted nature, you’d assume that the haunted house subgenera would be filled with spooky successes. And yet, this is rarely the case. Haunt rises to the challenge by delivering a simple premise that is well-executed in memorably gory fashion. A group of friends get more than they bargained for, as a secluded haunted house attraction turns deadly.

Featuring a splendid variety of rooms and traps, Haunt spares no expense in the film’s assortment of set pieces and shocking kills. It also has a plethora of gruesome practical effects that’ll make your skin crawl. Haunt is gory Halloween themed popcorn fun at its finest.

Nightmare Cinema avoids the typical anthology horror pitfalls thanks to its consistently high production value that gives life to its varied and sinister segments. No one segment is alike; some are fun, some are terrifying, but all are enjoyable.

The segment “This Way To Egress” is my favorite of the bunch, as it combines David Lynch’s otherworldly style with an X-Files-esque premise. Nightmare Cinema is not to be overlooked amidst a sea of anthology competitors.

Gleefully fleeing from the shadow of its basic Cast Away premise, Harpoon provides a sharp-witted and bloody dark horror-comedy. Three friends with more secrets than sense find themselves stranded at sea. As supplies begin to dwindle and strain their already fractured relationships, their nefarious secrets also start to come too light.

Rob Grant’s injection of dark and self-aware humor helps to pad the rather thin premise, but in doing so makes Harpoon’s humor the unsung star of the film. Further aided by a cast of promising up and coming actors, Harpoon has just the right amount of laughs and languishing teens to make it one of the best horror gems of the year.

7. Tigers Are Not Afraid

Mexican folklore meets current real-world events in what is one of the most beautiful and essential horror films of the year. The film revolves around a band of children displaced by cartel violence, being pursued by gang members as well as supernatural spirits. In between numerous and frightening supernatural moments, the children’s collective real world trauma grounds the film in reality.

Understanding the reasoning for their standoffish exteriors is the result of being forced to adapt to a volatile and hostile environment, which fuels the morose and bleak portrayal of street life. Director Issa López’s seamless blending of strong horror elements with an even stronger real-world sentiment makes Tigers Are Not Afraid one of the most important films over the year.

By far, the most impressive cinematic feat of the year given the brooding dark fantasy atmosphere Jordan Downey crafts on a shoestring budget. Telling a tale of redemption as a monster (head) hunting Viking sets out to avenge his slain child from a demonic force plaguing the woods. Immersive and brutally dark, with a narrative that relies on environmental storytelling rather than lengthy exposition.

You would have to frequently remind yourself that you’re watching a film and not a national geographic special, given the film’s highly cinematic shots of the sprawling countryside. The elevator pitch of “Skyrim the movie” doesn’t do this practical effects-driven horror fantasy the justice it deserves.

I won’t lie, the first 37 minutes of One Cut of The Dead is a rough watch, like “why am I watching this?” rough. Presenting itself as an awkward and uninspired zombie film, the genius of writer and director Shin’ichirô Ueda’s undead vision becomes apparent immediately after this 37 minute intro. A true to form love letter to filmmaking, supplied with ample humor and an island of misfit toys cast that you can’t help but fall in love with.

Without divulging too much of the film’s plot, be prepared to have Ueda subvert your expectations more than once, and provides context for the confusing opening act. The most enjoyable horror mockumentary of the year.

At no point while watching Stanley Kubrick’s horror masterpiece The Shining did I think, “This needs a sequel.” And yet, director Mike Flanagan once again proves that he remains a top tier horror talent. Doctor Sleep is a strong continuation of Dan Torrance’s (Ewan Mcgregor) story that never allows its larger scope narrative to interfere with his tale of redemption.

Pair this with a fantastic antagonist in Rose The Hat (Rebecca Ferguson), and Flanagan’s continued penchant for character-driven horror makes Doctor Sleep a fantastic horror sequel that I didn’t know I needed.