5 Most Disturbing Moments In The Legend Of Zelda Franchise

Death by chickens not included. 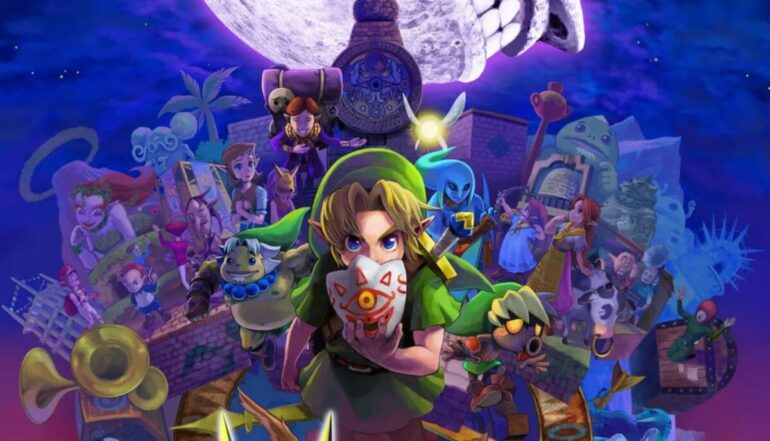 The Legend of Zelda is generally viewed as a family-friendly franchise, which is why it may come as a surprise to learn that some truly horrific moments have occurred in the Zelda games over the years.

In this list, we’ll count down five of the most disturbing scenes from Nintendo’s hugely successful fantasy adventure series, but be warned that you’ll never look at The Legend of Zelda in the same way after reading this.

After the defeat of Ganondorf at the end of Twilight Princess, we see a brief shot of Zant, the evil usurper king from the Twilight Realm, snapping his own neck. This is a particularly shocking moment, because suicide is rarely depicted in video games, so players will no doubt be left speechless when this scene occurs.

However, this moment also does not make a whole lot of sense, as Zant had already been killed by this point in the game. Fans have debated the true meaning of the cutscene for years, and even director Eiji Aonuma seems to be unsure why it was included.

When he was asked about it in a special interview to commemorate the game’s tenth anniversary, he was quoted as saying that the cutscene was created by a staff member who had a reputation for being a lone wolf and doing things his own way. And yet Aonuma liked the scene so much he decided to leave it in the game, despite the fact that it didn’t make sense from a narrative perspective.

So while we’ll probably never know the true meaning behind Zant snapping his own neck, it’s still one incredibly horrific moment which will haunt the dreams of Zelda fans for years to come.

Ganondorf has clearly caused a great deal of suffering throughout the kingdom of Hyrule, so we can’t help but feel he deserved to have the Master Sword buried in his forehead at the end of The Wind Waker.

That’s right, at the end of the final boss battle in the 2002 classic, Link literally drives the Master Sword straight into Ganondorf’s head, just above his eyes. Talk about a splitting headache,

We then see the evil king turn to stone, and the game ends with Link and Tetra being washed out to sea, where they are rescued by Tetra’s pirate ship. This cheerful and upbeat ending definitely contrasts with the act of brutality we just witnessed Link commit, and players will probably be too disturbed by seeing a guy with a sword embedded in his forehead to truly celebrate The Wind Waker’s joyous climax.

After all, now that we know Link is a bloodthirsty, depraved maniac, what’s to say he won’t sneak up on his fellow crew members aboard the pirate ship and stab them in the head while they sleep?

Majora’s Mask is often cited as being the darkest entry in the Zelda franchise, and with good reason.

Released on the Nintendo 64 in 2001, it saw Link being transported from Hyrule to the land of Termina, where he was forced to stop the moon from crashing down. The game was filled with creepy imagery, from the evil face on the moon to the hand sticking out from a toilet begging Link for toilet paper (no, I didn’t make that up). So overall, Majora’s Mask was one heck of a spooky experience for Zelda fans.

But the darkest moment in the game has got to be the transformation Link undergoes when he puts on a Zora mask. Whenever Link attaches it to his face, we’re shown a horrific cutscene where the screen goes dark and the camera shakes uncontrollably as our hero’s handsome face is replaced by that of a hideous, fanged monstrosity.

This is arguably one of the most horrific moments in the entire franchise, because not only is it shocking to see Link transformed into a monster, but the way he screams while his body spasms violently shows that it must have been an extremely painful transformation. I’m not sure if Nintendo enjoyed torturing Link, but either way, this scene is bound to traumatise younger players.

2. House of Skulltula (Ocarina of Time)

Imagine the surprise players must have felt when they first explored the serene and charming Kakariko Village in Ocarina of Time, only to find a house full of grotesque human-spider hybrids.

While it may sound like some kind of sick joke, it turns out the self-proclaimed ‘Fabulously Rich Family’ were cursed due to their greed, and transformed into Skulltulas. It’s unclear if Nintendo were trying to sneak in a message about socialism and taxing the rich, but either way, this is probably the most disturbing moment in the entire game.

In their Skulltula forms, the family still retains some vaguely human (or Hylian, to be more specific) characteristics, and trust me when I say there’s nothing more disturbing than seeing a Skulltula with a human face and a human arm sticking out from its side. It’s almost as if David Cronenberg suddenly took over directing, with John Carpenter’s The Thing also coming to mind.

Rest assured, however, that the curse can be broken if you deliver enough Gold Skulltulas to the family, which will restore them to their original forms. And let’s hope this experience teaches them not to be so damn greedy from now on.

1. Encountering a ReDead for the first time (Ocarina of Time)

ReDeads are probably the most terrifying enemies in The Legend of Zelda franchise, so encountering them for the first time in Ocarina of Time is not an experience players are likely to forget.

These undead ghouls emit a terrifying scream which literally paralyses Link with fear, allowing them to move in and deal some serious damage. Add to that the fact that they literally resemble walking corpses in various stages of decomposition, and these zombie-like creatures will truly make you wonder if The Legend of Zelda is really suitable for kids after all.

In Ocarina of Time, ReDeads are first encountered in the Royal Family’s Tomb, but let’s not even discuss whether they may actually be reanimated members of the Hylian Royal Family. Either way, the best way to defeat these shambling ghouls is to attack them from behind to prevent them from using their petrifying scream. And while it’s generally seen as cowardly to attack an opponent while their back is turned, keep in mind that killing these abominations will be doing them a favour.

READ NEXT: The Legend Of Zelda Animated Series Isn’t As Bad As You Remember