There is an art to even the most mindless entertainment. 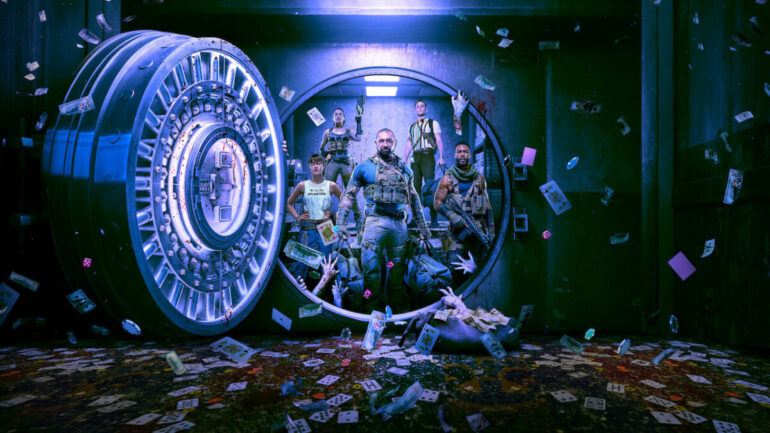 Army of the Dead

Heavy spoilers for Army of the Dead to follow.

Ah, the popcorn flick: pure mindless entertainment. Be it John Wick gunning his way through a bunch of goons, or Jason Statham transporting stuff, the popcorn movie offers a no holds barred fun-time. This is what I expected from Zack Snyder’s recent offering Army of the Dead – great action scenes, gruesome deaths, and lots of zombie heads a-popping. Instead, what we got is a film that couldn’t decide on its tone – a campy start that veers into serious social commentary, without a clear sense of the point it’s trying to make, meaning the viewer is unable to suspend any sense of disbelief, because you find yourself questioning every moment, when you should be embracing whatever nonsense the film attempts to feed you. Let me explain.

When you introduce characters who are skilled in battling and taking out zombies, one would expect a sizeable number of action sequences, especially since the film is almost two and a half hours long. In Army of the Dead, there is the opening sequence, which is definitely cool, but it serves as an overview for the events that led to Vegas becoming a zombie town and doesn’t really contribute to the film’s tension. The next action sequence is Chambers (Samantha Win) – the most badass character in my opinion – taking on a horde of zombies on her own. The build-up of tension is great, as she tries to silently kill zombies without waking the whole bunch, but has to resort to shooting her way out.

Martin’s (Garret Dillahunt) sabotage here doesn’t come out of left field – the whole team was already suspicious of him for the get-go – so the revelation isn’t meaningful. Chambers doesn’t let a locked door faze her, crashing through a window, only for the crew to do nothing to save her. Granted, Guzman (Raúl Castillo) is the only one who has a connection with her, but death doesn’t feel earned when it feels like it could have been prevented. The next action scene is two-fold; the gang are attacked by Zeus zombie’s army and some of them are decimated in the vault, while Dave Bautista’s Scott and a few others make it up to the casino. And that’s it.

The rest of the action that follows is brief, without much of a payoff. Like, we knew creepy guard dude was going to get killed by Kate (Ella Purnell), and he didn’t even put up much of a fight. The film was also building towards a sacrifice moment by throwing Scott into father-daughter bonding moments with Kate; we know the film will end with his death. But his death feels so hollow because the relationship is strained and she is so absolutely angry with him. There isn’t much softening towards him, so when she’s flailing and wailing about at the end, I can’t even bring myself to care.

Compare this father sacrifice element to Harry Stamper’s (Bruce Willis) in Armageddon. Armageddon is a total popcorn flick, and none of it makes much sense (a drilling team for a space mission, okay sure), but I felt the impact of Harry’s sacrifice. Moreover, Harry and his daughter Grace (Liv Tyler) have plenty of tension in their relationship, but they still manage to build a credible relationship. Maybe I’m quibbling too much on why a sacrifice scene should have better bones, but Snyder was able to do this with Dieter (Matthias Schweighöfer) and Vanderohe (Omari Hardwick). They didn’t begin on the most harmonious of terms, but gradually, we see a friendship blossom. Their moments together are some of the more entertaining moments of the film, and I appreciated how contrasting yet similar they both are.

So when Dieter pushes Vanderohe into the vault to save him, they have built enough of a friendship for me to believe that sacrifice, and mourn it. On the flipside, Scott’s death is the film’s climax, but feels so anti-climatic in the way it’s executed. Conversely, the romantic relationship between Scott and Cruz (Ana de la Reguera) came so far out of left field I got whiplash just trying to keep up. There were plenty of opportunities to set this up, like when he recruits her, even Tig Notaro’s Peters could have even done some of the groundwork for this when the two are on the roof. All it would need is, “So when are you going to tell him?”, coupled with a knowing look and some quip about hurrying up her love confession before a zombie snaps her neck.

I’m no scriptwriter, but a little bit of foreshadowing or proper build-up can go a long way. Speaking of which, there seems to be quite a few instances where we think the characters are foreshadowing future events – like the possibility of rain, some epic killing spree with Vanderohe and his saw, Dieter smashing some zombie’s head in with a rock – yet none of this comes back into play later on. It would seem that because this universe is expanding, with two prequels on the way (one animated), a lot of these moments have no follow through, like even the alien talk at the beginning with what looked to be UFOs and robot zombies.

This is my issue with franchise films, like the recent Mortal Kombat, and even Fantastic Beasts: The Crimes of Grindelwald. All the focus is on setting things up for a future pay-off, when you should be focused on churning out a good film now. The same reasoning goes for the whole time loop stuff going on in the film, which is teased when we see three skeletons wearing accessories and clothing that the current crew have on them. Vanderohe makes a comment about how the dead guys are actually them, and they are stuck in a time loop, trapped to live out the same situation over and over again. Other philosophical tidbits are also thrown in, like Dieter’s comment of the vault being the “doorway to another realm”, and his offhand remark about rebirth and destruction moments before opening the vault.

This apparently addresses the inconsistency of Vanderohe having no broken arm and a zombie bite in the epilogue, since the Vanderohe we see at the end might not be the one we followed in the current timeline. Once again, it just doesn’t fit with the kind of movie we expected this to be. You have to choose: it can’t be sci-fi, zombies, and whatever the hell you want to stick on the wall. But hey, Zack Snyder has multiple prequels planned out, tons of fans who are willing to sit through a four hour movie just to see his vision, and is currently fielding requests for the Snyder cut of his other films (Sucker Punch for those who haven’t heard) to be released – so what do I know?