Why Netflix Movies Should Be Considered For Academy Awards 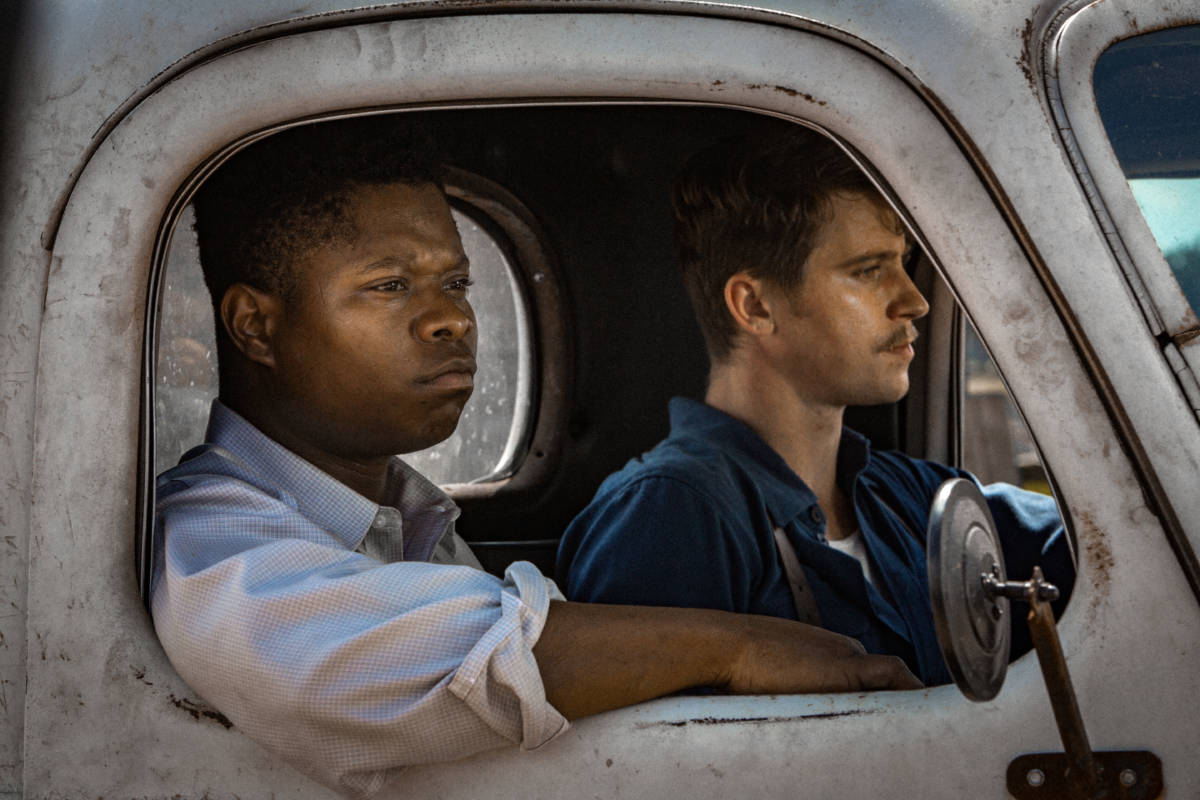 On March 20th, Steven Spielberg reignited the ever popular debate of Netflix vs. everyone, or more specifically in this case, the movie industry, when he asserted in an interview with ITV News that Netflix and streaming services alike “pose a clear, present danger to filmgoers”. He then went on to say that, “once you commit to a television format, you’re a TV movie,” which, if actually good, deserves an Emmy and not an Oscar. Taking an even clearer jab at Netflix, Spielberg ended the streaming service conversation by saying how he doesn’t believe that “films that are just given token qualifications in a couple theaters for less than a week should qualify for the Academy Award nomination.” I wonder if the same line of thinking applies for films whose Oscar campaign among other things was built on the story of how quickly it was shot so that it could meet the December deadline and be eligible for the upcoming award season?

Of course it doesn’t because what is at the heart of this debate isn’t in the best interests of filmgoers; it’s about what’s in the best interests of the studios, the Hollywood elite, and more importantly the theaters. Gone are the days where people have to solely rely on theaters or television to get their content and gone are the days where artists, both aspiring and established, have to solely depend on a studio to be so kind as to give them work. It’s a new dawn; it’s a new day; it’s a new life, and people in the industry are (generally speaking) feeling pretty good… except those who are (or at the very least feel) threatened by this new phenomenon that are streaming services.

This, however, isn’t the first time that the film industry has found itself having to battle for the attention of its consumers. These times are reminiscent of another time in history back in the 50s when the television industry provided consumers with another, more convenient, way of consuming media content. Many in the film industry were not happy, with many of their arguments falling somewhere in the “it’s making our ticket sales, audience attendance, box office numbers, and overall studio revenue plummet” territory. Now, where have we heard that before? Oh right, from just about every Hollywood bigwig and traditionalist whose very jobs, a streaming service like Netflix, threatens. 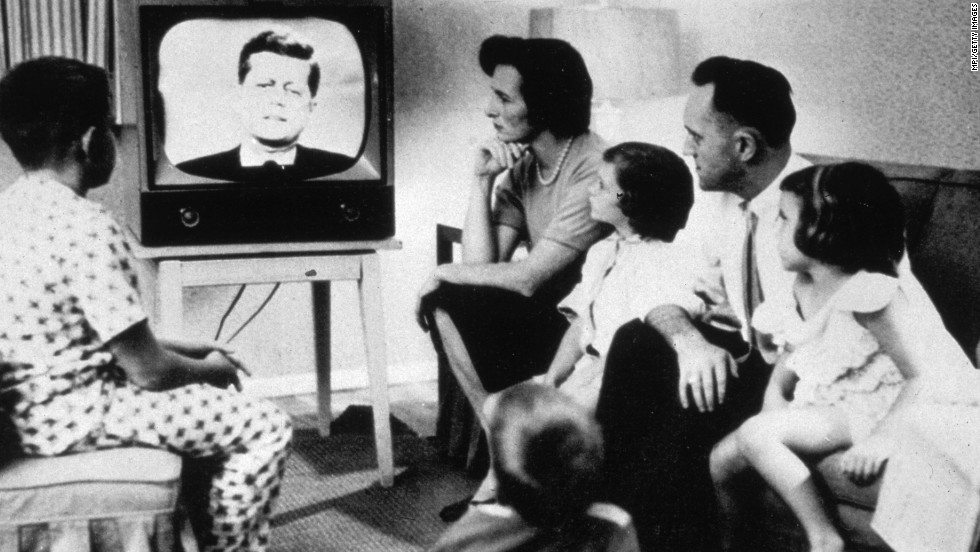 My problem with this entire debate doesn’t stem from the fact that people are worried about Netflix’s presence, because they should be. Netflix is helping to usher in a new age of consumption that the people in Hollywood can no longer control, so there is cause to worry because things are switching up, and when things switch up that means that things are no longer certain, and when things are no longer certain that means that people can no longer sit comfortably, doing the same things that they have been doing; they’re sitting up, having to think on their toes, be on their p’s and q’s; and maybe that isn’t such a bad thing. Maybe this is the kind of wake up call that this industry needs. I mean, it’s no secret that the Hollywood of today LOVES formulas. It’s why franchises, reboots, sequels, superhero movies, animated movies, and action movies are currently dominating the box office; instead of giving a chance to movies like Okja, What Happened to Monday, or Gerald’s Game; movies that, one cannot deny, are a breath of fresh air from what we’re normally given.

But, getting back to the point at hand.

My problem with this debate lies in the attempt of people trying to devalue a movie because it isn’t shown in a theater, like somehow its inherent movie-ness is decreased when a theater is no longer in the equation. I love movies. I enjoy watching them, I enjoy learning about them, I enjoy dissecting them; I think that they are a powerful medium that can bring about different kinds of change when done in the right way, so with me being a lover of film in the way that I am I of course see and understand the power of the theater experience. Sitting in a dark room, with a huge screen and high volume creates a one-of-a-kind experience that has still (at the least for me) been unmatched. However, I also know how annoying that experience can be: expensive tickets and concession items, having to be in the company of non-considerate patrons with their mouths and cell phones can be incredibly discouraging sometimes, but even then I wouldn’t say that theaters should just cease to exist.

With all of that being said though, I wouldn’t dare add to the idea of some kind of hierarchical system within the industry that movies shown in theaters are just inherently better because that’s what it seems as though Spielberg, and people like him, are implying. A good film is a good film regardless of where it’s distributed. I’m not saying that every single movie that Netflix creates is this wonderful masterpiece that deserves recognition because that’s obviously not the case *shudders at the thought of Bright*, but if you have an awards industry that was created to, at its core, honor the best achievements in filmmaking, then why, if the movie is in fact good, can’t it be recognized for just that?

Look at a film like Mudbound and how it garnered some nominations (Best Adapted Screenplay, Best Original Song, and Best Cinematography), but when it came to the big awards like Best Director and Best Picture, it was nowhere to be found. I even think that The Meyerowitz Stories could’ve garnered a best original screenplay nomination at the very least. This isn’t to say that any of the movies that were nominated for these categories should’ve been switched (though, I do think some within the best picture category could’ve been left out), but the Academy has shown that it is open to expanding and shrinking categories year by year, so what’s one more nomination? Do I think that either of these movies deserved to win these awards? No. However, at the very least, I believe that they were worthy of a nomination. I think the fact that these two movies were overlooked in these categories speaks to a bigger problem, that being their association with the streaming service. That stamp of the Netflix logo carries with it a lot more weight that works against the film in question than people would like to let on.

I get that at the end of the day there is a lot more that goes into being nominated and than winning such a coveted award, I mean, there’s a whole campaign that one has to go through to show just how serious they are in wanting to win, but to build your industry that is based in the arts, on awarding said artful content and to then blatantly say, “Well, your film is good, but it wasn’t shown in a theater, so it can’t be recognized” just screams out of touch to me. And to the members a part of such a committee, that just so happen to share similar sentiments I would hope that you would be sharing these same sentiments after you have done your part as a filmgoer and went to see all of the movies that are in contention at a theater instead of via screener link which you watched on your laptop or television, in the comfort of your own home.

For younger generations and the ones after, this entire debate is/will be completely meaningless because they have and will continue to grow up in a world where theaters are not the end all, be all. They have options now. We all do, and I honestly can’t see the harm in that. Ted Sarandos, the the chief of Netflix, has said that the demise of the theater chain is not in Netflix’s master plan, they just don’t believe in theater exclusives. So, this may lull some people away from the theater, much in the same way that television did in the 50’s and 60’s, but it didn’t lead to their death partly because the industry by the end of the 60’s was in such shambles that they were pretty much open to anything and that is what allowed for people like Spielberg, Lucas, and Scorsese to come in and make their impact. But also, because much to the surprise of powers that be, there existed a world where both entities could thrive and be their own thing.

People will always go to the theater. It’s not going anywhere even when the price for tickets continues to increase. If you create a movie that people need to see right when it comes out in the theater, people will go. And if you don’t, then they won’t. Maybe this will be even more incentive for them to shell out even more money to make even more big budgeted Hollywood movies, but that’s where we basically are already – though I’m sure (and hope) that this formula will come under question in the future causing for something new to take the reigns, but that’s another conversation for another day.

Things are changing and I think it’s important that we look at some of these things that we have taken for granted or have not decided to look at for decades for the sake of “tradition” like the theater model, the structure of awards season, or even what we define a movie to be. But if we close off any kind of discussion or shy away from experimentation on the things that we know or are comfortable with, then how can we expect for this industry to continue to exist in a world that is ever changing and evolving.