What’s Next For ‘The Fiend’ Bray Wyatt?

And why it should involve Alexa Bliss. 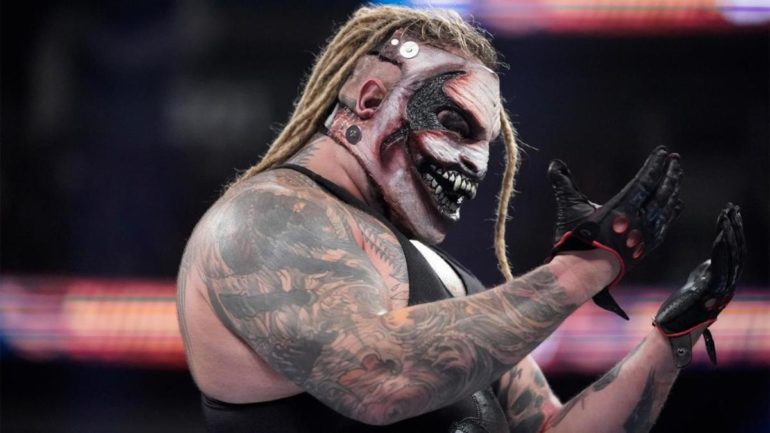 ‘The Fiend’ first made his terrifying presence known well over a year ago, and has no doubt existed within the highly creative mind of Bray Wyatt for even longer. The alter ego personality that some consider to be Wyatt’s best character work of his WWE career so far has had quite the ‘rookie’ year.

Winning the Universal Championship from then-disliked Seth Rollins, having a fantastically entertaining cinematic match with John Cena at WrestleMania, before regaining his championship at SummerSlam; the same stage where he made his in-ring debut and murdered Finn Balor one year earlier.

Unfortunately, ‘The Fiend’ would then go on to lose the title one week later to the returning Roman Reigns. However, this might be the best thing for Bray right now, for a couple of reasons. First, while ‘The Fiend’ is now not quite the same unstoppable monster that he was perceived to be before his first ever loss to Goldberg at Super ShowDown 2020, his character is still the most entertaining to watch when he is destroying opponents by harnessing his supernatural darkness, rather than putting on full-length matches; to quote Paul Hayman, “A fiend is not born to reign as champion, a fiend does fiendish things.”

But more importantly, ‘The Fiend’ has a much more interesting story to pursue now off the back of the build-up and subsequent match at SummerSlam – one involving Alexa Bliss.

There is a lot to the Bray Wyatt mythos, and the infamous Sister Abigail has always been a big part of it. Who is she? A being who raised Wyatt? A figment to be appeased that he subconsciously created to justify his evildoings? An alter-ego he invented just so he could dress up like a witch to scare Finn Balor in 2017 (remember that?)?

While it could be argued that it would be better that Sister Abigail remain a mystery, it’s often the case that the wrestling business has no time for nuance or subtlety. The masked man must eventually be unmasked, the new group with a mysterious leader must be revealed to be someone we knew all along, and the evil witch character that’s been controlling a demented cult leader must be given a face to put to the name.

It has been a long time since the inception of Bray Wyatt and the character has evolved so much since, with him recently becoming a fourth wall breaking, past-self referencing, meta machine. So, at this point, it wouldn’t harm the persona to reveal Sister Abigail as a tangible person. And that person should be Alexa Bliss.

A particularly interesting aspect of the ‘Fiend’ character is that he changes those who are unfortunate enough to come into contact with him. Finn Balor and Seth Rollins both turned heel after their encounters with him, and the latest victim – Alexa Bliss – has been acting strange on SmackDown following her involvement in the Wyatt/Strowman feud.

Now it could be the case that that is the end of the story between the two, but what if it wasn’t? The latest episode of SmackDown featured Wyatt informing us that “a brand-new friend is coming to the funhouse” next week, and the very next segment showed Alexa talking to Nikki Cross with Rambling Rabbit watching on from the shadows.

Pairing the two characters would be the perfect way to transition ‘The Fiend’ out of the title picture without risking losing any fan interest in the character, since certain fans have been clamouring for this particular angle for years. It also would give Bliss a reason to move out of the tag division, thereby allowing Nikki Cross to reignite her singles career without losing any momentum herself by being turned on during a break-up.

There are different directions WWE could go with this. It could be the case that Alexa has genuinely always been a form of Abigail and has decided to reveal herself to Bray now, it could be that she’s pretending to be her to take control of ‘The Fiend’ for her own gain, it could be that Bray is deluded and has convinced himself that Alexa is Abbie and she herself has also been put under this spell after her encounter with him.

We know Bliss performs great as an insincere manipulator, as was shown by her relationships with Nia Jax and Mickie James, but can equally work as an endearing babyface, as seen in her run with Nikki Cross (which did not end in the revelation that Bliss was just using Nikki, to the surprise of many).

The team of Wyatt and Bliss could easily adopt any dynamic. They could be a heel threat, using their supernatural abilities to lay waste to the roster. They could be a babyface duo, fighting anyone that would challenge their relationship or call them freaks. Or it could be the case that one is manipulating the other in pursuit of a bigger endgame; Cross could try to snap Alexa out of Wyatt’s trance – perhaps for it to then be revealed that Bliss was in control of the situation the whole time. They could even have ‘The Fiend’ be Bliss’ ominous bodyguard who would intimidate anyone that would challenge her, forcing a tough competitor that shows no fear – perhaps Rhea Ripley – to stand up for the women’s roster.

The newly twisted Bliss and Wyatt pairing could easily take SmackDown by storm and mark themselves out as the hottest commodity in the company today. The two will always be fan favourites no matter who they face, and it certainly wouldn’t hurt WWE, especially in this cinematic era, to go all in on Bray’s creativity and have a crazy reveal of Bliss as Abigail. Though preferably not in a This Is Your Life segment.