Where To Watch One Piece Film: Red Online 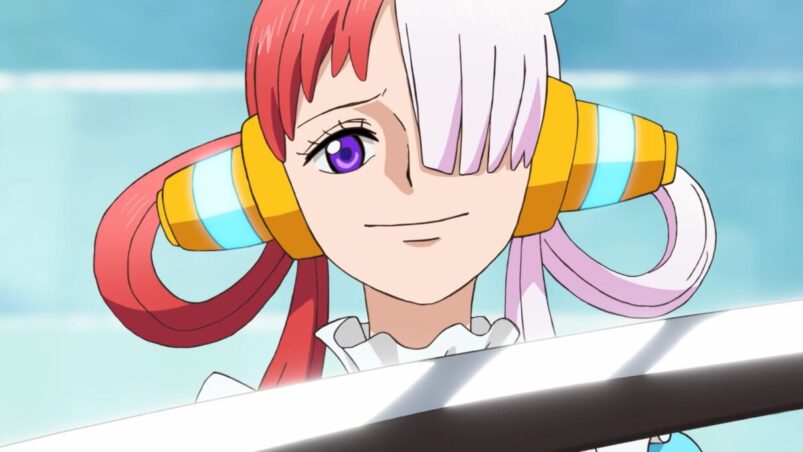 Currently, Film: Red has only been released in Japan and France. Depending on your region, the movie will be released in other countries later this August or fall. If you want to watch the box office hit right now, then you might be wondering where you can watch One Piece Film: Red online.

Unfortunately, there has been no official online release nor a Blu-ray release for Film: Red. There is also no announcement when services like Crunchyroll or Funimation will release the movie on their sites. Still, Film: Red will most likely release online when it’s done with its box office run, so expect around 2023 for One Piece Film: Red to be available online. For now, you can wait for its theatrical release in your country.

One Piece Film: Red will be distributed theatrically by Crunchyroll in the United States, Canada, Australia, and New Zealand around fall 2022. Furthermore, some countries like Taiwan and Hong Kong will be able to enjoy the movie later this August. Film: Red will also be distributed by Odex in Singapore and the Philippines in September 2022. Other countries set to release Film: Red later this year include Germany, Austria, India, Spain, Ireland, and the United Kingdom.

What is One Piece Film: Red About?

One Piece Film: Red follows our beloved Straw Hats as they attend a concert in Elegia. The event marks the first-ever live performance of an idol named Uta, Shank’s Daughter. Eventually, things will go south, and the Straw Hats will be forced to take action.

Here’s a quick synopsis of the movie:

“The story is set on the “Island of Music” Elegia, where Uta, the world’s greatest diva, holds her first ever live concert and reveals herself to the public. The Straw Hats, pirates, Marines, and fans from across the world gather to enjoy Uta’s voice, which has been described as “otherworldly.” However, the event begins with the shocking revelation that Uta is the daughter of Shanks.”

One Piece Film: Red has a total run-time of 115 minutes with no post-credit scenes.

Do I Need to Watch One Piece Film: Red?

None of the One Piece films are canon, so you’d do fine without watching them. Still, that doesn’t mean you shouldn’t give One Piece Film: Red a try.

The author Eiichiro Oda mentioned that Film: Red’s script is fantastic. Film: Red is also the first One Piece movie to be screened in IMAX theaters. Furthermore, the screenwriter Tsutomu Kuroiwa said the movie will be heart-touching for the viewers. With that, not only can you look forward to amazing visuals, but you can also expect a rollercoaster of emotions.

One Piece Film: Red will also feature the return of Shanks, which is always someone the fans look forward to. Several fan-favorite characters like Charlotte Katakuri, Bartolomeo, and Admiral Fujitora will also make an appearance.

So should you watch One Piece Film: Red? Canonically, it’s okay not to. But given the passion the creators put into it, One Piece Film: Red is one of the best films in the series to date, so it’s highly recommended that you give it a go.

READ NEXT: Where To Watch My Hero Academia: World Heroes’ Mission Online