WandaVision throws all caution to the wind and makes a jarring change of direction. 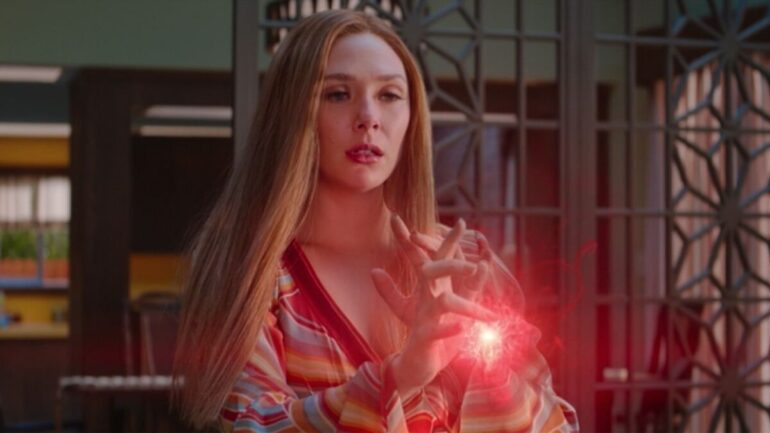 It seems that Marvel has finally decided to end our misery and lay their cards on the table. This week, ‘We Interrupt This Program’ departs from the regularly scheduled period sitcom to bring us a delightfully meta episode that is the most Marvel-esque yet – and now we finally have some answers.

True to Elizabeth Olsen’s recent comments, Episode 4 brought about a tonal shift from what we have seen so far in WandaVision. The historically accurate sets, the corny jokes, and the 80’s sitcom (I was expecting Full House!) have all gone on a brief hiatus while audiences are shown the other side of the curtain. The mainly expository episode wastes no time in resolving the main questions on everyone’s minds – What is S.W.O.R.D? Who is Geraldine and how did she get there? How could we hear voices through Wanda’s radio? Most importantly, when does Kat Dennings finally show up?

‘We Interrupt This Program’ shows us the more sombre effects of Thanos’ snap. While ‘the Blip’ (as they call the five year disappearance-by-dusting of millions after Infinity War) had already been referred to in Spider-Man: Far From Home, what we see here is much darker than confused teenagers belly flopping onto the basketball court mid-game. In this episode, five lost years means loved ones passing on without goodbyes, and hospitals suddenly filling to capacity (sounds morbidly familiar). Fortunately for the show, it also means that Captain Monica Rambeau (a.k.a Geraldine) is now un-Blipped and free to disappear again, into mysterious energy fields and sitcoms of decades past.

It’s always a treat to see how seamlessly characters from various movies in the MCU work together in crossovers. This episode delivered this easy camaraderie in spades, giving us Monica from Captain Marvel, Dr. Darcy Lewis from Thor and Agent Jimmy Woo from Ant-Man and the Wasp.

In the Thor movies, Kat Dennings was mainly relegated to playing Darcy as a wisecracking sidekick to Jane Foster. The wisecracks have carried over, but she has been promoted from sidekick to actively involved astrophysicist, which has proved a sound decision so far. When Darcy explains away unexplained phenomena with scientific sounding words, you think ‘there’s the Marvel we know’. She does a decent job of shouldering the bulk of the humour for this week’s episode, but I still stand by the opinion that there can never be enough of Kathryn Hahn on WandaVision. Randall Park is a welcome addition as Jimmy Woo, who had been just a disembodied voice on the radio thus far.

Both Darcy and Woo share an easy chemistry (that I hope may go further), and act as audience proxies for most of the episode. I can imagine writers Bobak Esfarjani and Megan McDonnell having a lot of fun having their own characters mouth smugly meta lines like “You’re saying the universe created a sitcom starring two Avengers?” and “Why does it keep switching time periods? It can’t be purely for my enjoyment, can it?” In ‘We Interrupt This Program’, Darcy and Woo were all of us from mid-January.

Speaking of meta, eagle eyed fans even spotted that while Monica was being thrown out of Westview, the number of walls she crashed through was four. To get out of the TV show, she literally broke the fourth wall. Good one, WandaVision.

The aspect ratios change multiple times throughout ‘We Interrupt This Program’, taking the viewers back and forth from cinematic MCU reality and TV-land. Although it’s been pointed out that the FBI never mentioned Agnes’ counterpart in real life (or that of her offscreen ‘husband’ Ralph), it is also worth noticing that, unlike all the other times the sitcom scenes are played in reality, the audience is not already familiar with the scene from which they identify Monica.

What’s more, the babies stop making noise right at the time when Wanda starts conjuring up her red wisps of light. Immediately after she restores the bookshelf back to normal, they begin cooing again. This could, of course, be normal mutant baby behaviour, or it could be a possible hint at the fact that the babies are not real either.

While the episode amps up the Twilight Zone vibes, the undercurrent of tragedy is also running high this week. It is heartbreaking to see that Wanda, despite all her assurances to the contrary, may not actually have everything under control. That split second where she sees Vision’s reality is already haunting enough for a week’s worth of nightmares, but it also reminds us that she is not completely out of her senses either. Vision is well and truly gone, and she knows her idyllic Westview will never be a reality.

Although it does make sense to dedicate an episode to explanations after such intriguing events, one may miss the ‘what just happened?’ feeling that came at the end of the first three episodes. So far, the amount of cross references in this show has always required extra reading (or YouTube surfing) to really understand what was happening, and from that perspective, ‘We Interrupt This Program’ did not actually offer much in terms of new information.

For those already in possession of the clues about what S.W.O.R.D could be doing in Westview, or Vision being dead, the most that this episode did was merely confirm their major suspicions. Aside from the lack of humour and next to no scenes with Wanda and Vision themselves, this episode felt a lot like a mid-season finale, and audiences have to wait and see what phase of the plot will take place next.

That being said, I am definitely excited to see the direction that WandaVision will take from here. Based on promos, the next episodes will feature more of the sitcom scenes. What is more, considering how much WandaVision is pushing that ‘it’s all Wanda’, I am beginning to think that it is not ‘all Wanda’ after all. Where will the show go for the next five episodes if they have already confirmed their main theory?

All of the above points to interesting paths ahead, but I must also say that if I don’t get my Full House references next week, I will be extremely upset. 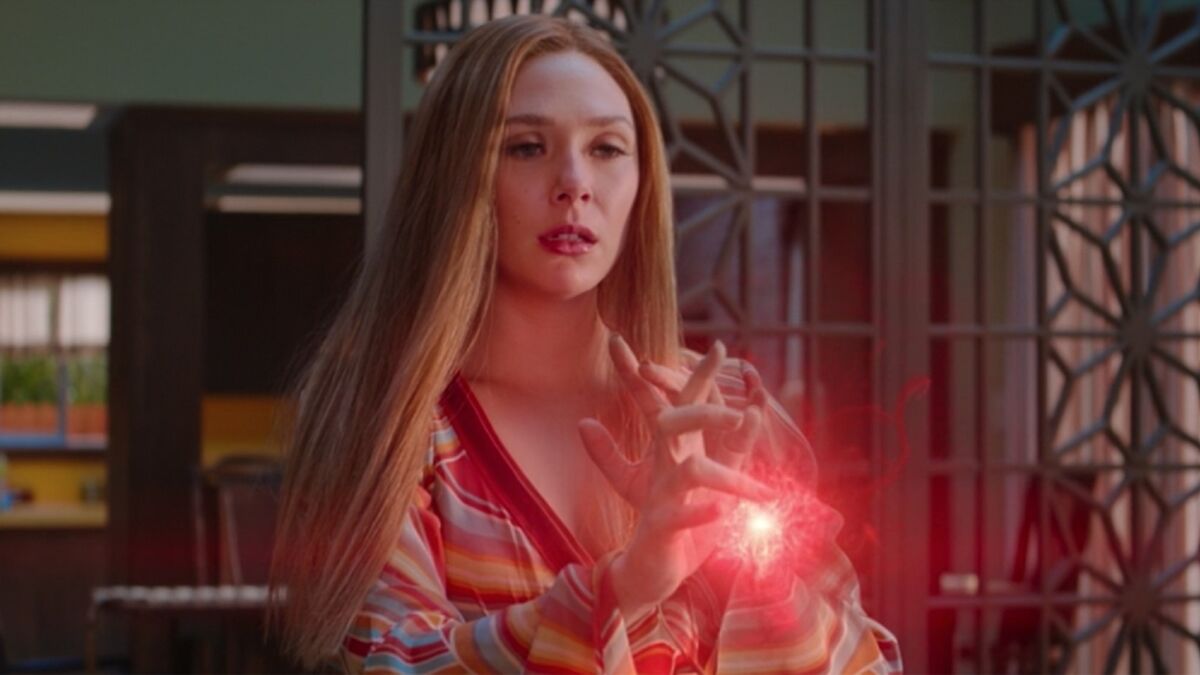 Verdict
WandaVision briefly departs the sitcom world and enters 100% Marvel territory to largely predictable but engaging results.
7.5
Cultured Vultures is a pop culture website established in 2013 covering all things gaming, movies, and more. We eat your words.
All The News On Your Favourite Games