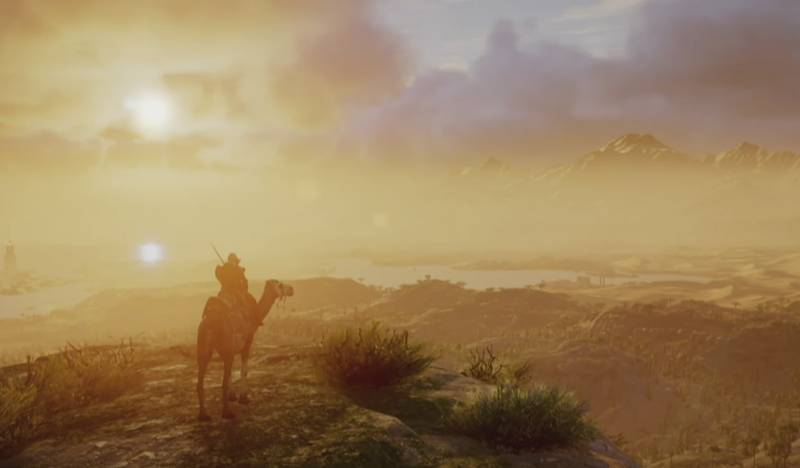 Ubisoft graced the stage at this year’s E3 with a packed line up and a few surprises; the final tally of announced projects at 12.

Definitely the least surprising reveal was the cinematic trailer for Assassin’s Creed: Origins, having already been confirmed (both officially and unofficially).

Far Cry 5 was the other expected reveal. In a new gameplay trailer, we were introduced to the team of citizens rebelling against the militaristic fanatic cult in control of Hope County and, most importantly, Boomer the dog. 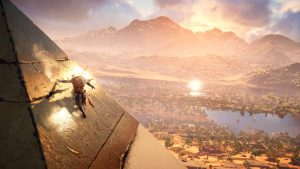 Heading our way in August is the Switch-exclusive Mario + Rabbids: Kingdom Battle, which is very reminiscent of XCOM. The turn-based multiplayer title features features a plethora of characters with their own special abilities that can be mixed and matched for combat scenarios. The environment can be utilised by players too, from explosive cover to Rabbid pipes, which allow multiple enemies to be eliminated in one turn.

By far the biggest surprise was Beyond Good and Evil 2, which was introduced at the very end by a tearful Michel Ancel. Bursting in with a fast-paced and explosive trailer, players can sign up to join the ‘space monkeys’ and actually aid in the development of the game.

Transference, a creepy and mysterious VR title starring Elijah Wood, was teased for release sometime next year, as was the next instalment in the Just Dance franchise, which is set to launch on all consoles later this year. 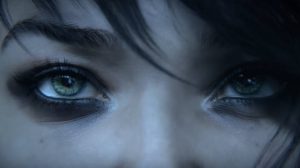 South Park: The Fractured But Whole reconfirmed its a release date, October 17th. South Park: Phone Destroyer was the other South Park project announced, although the trailer only provided a few glimpses of gameplay.

If you fancy taking time out of your life to race speedboats across choppy seas or airplanes across a cloudless sky then good news: The Crew 2 lets you do just that. Set in a vast, open America, players have hundreds of toys to play with and race through the streets, off road and offshore (and also crash dramatically).

Having taken the concept of the popular naval battles of Assassin’s Creed and expanded it into a standalone concept, Ubisoft revealed Skull & Bones, an awesome-looking tactical action game on the high seas, where wannabe pirates can pillage and plunder to their heart’s content either solar or with friends. 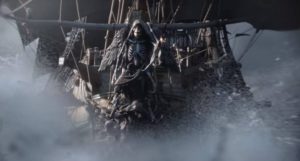 December sees Steep get its first expansion, with players stepping into the boots of an Olympic snowsports athlete ready to take on the competition and top the podium. The range of events is broad, from alpine skiing to snowboard cross; it’s the closest we’ll all get to Olympic gold around our necks in any case.

Ubisoft also unveiled Starlink: Battle for Atlas, a sci-fi space shooter featuring customisable spaceships; for the Switch version players can even physically create their own ship in a manner similar to Lego Dimensions. Due to launch in 2018.