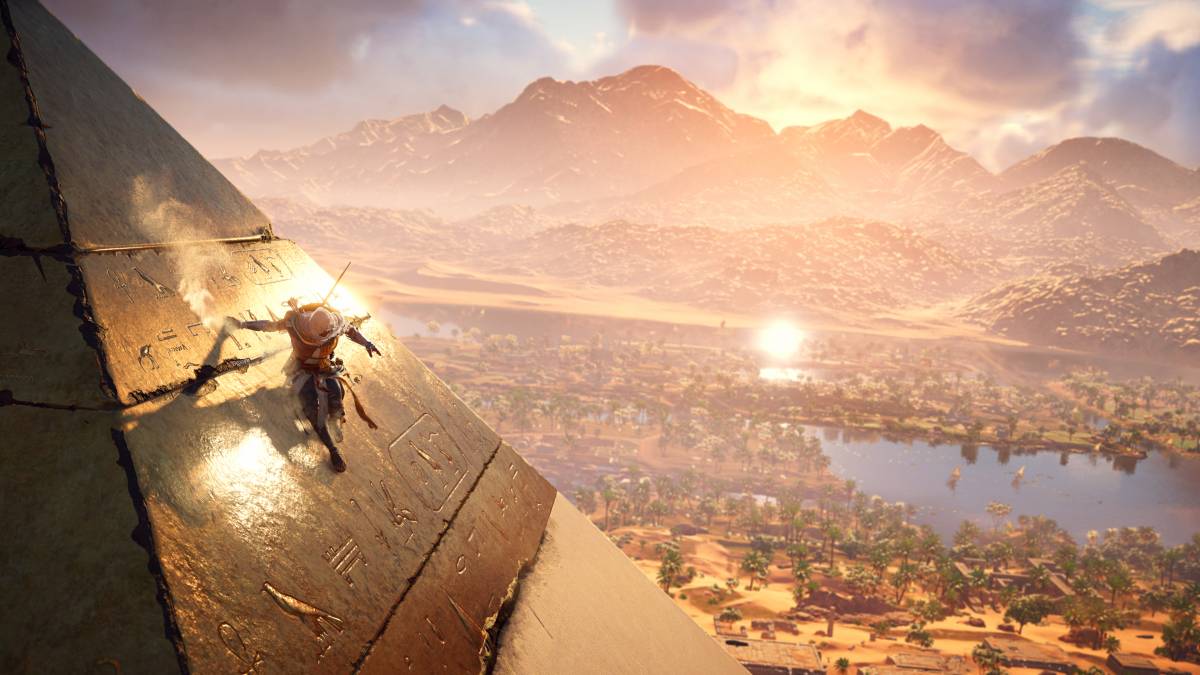 “I am thrilled to finally show you this beast we have been building”.

Following on from the trailer, we were treated to live gameplay, showcasing the stealth and combat the series is known for, including the new feature of special attacks powered by protagonist Ba Yek’s adrenaline metre. There are some awesome new weapons too, such as the ‘warrior’s bow’, which is capable of firing five arrows simultaneously (apparently they can be set on fire by default!). The revamped climbing mechanics were also demonstrated, with Ba Yek now able to climb absolutely anything instead of being restricted to only surfaces with handholds.

The open world is of Egypt is colossal. This time, in order to unfurl the map, players simply need to visit an area, although there was still a synchronisation point shown during the stream – with the graceful leap of faith into palm fronds, of course – so viewpoints don’t appear to have been omitted entirely.

As well as the eagle Senu, Ba Yek can gain numerous other animal companions, such as horses and other species of birds. Chariots will also make an appearance later in the game.

Assassin’s Creed Origins is set to release on PS4/PS4 Pro, Xbox One and PC on October 27th 2017. It’s also a launch title for the Xbox One X.