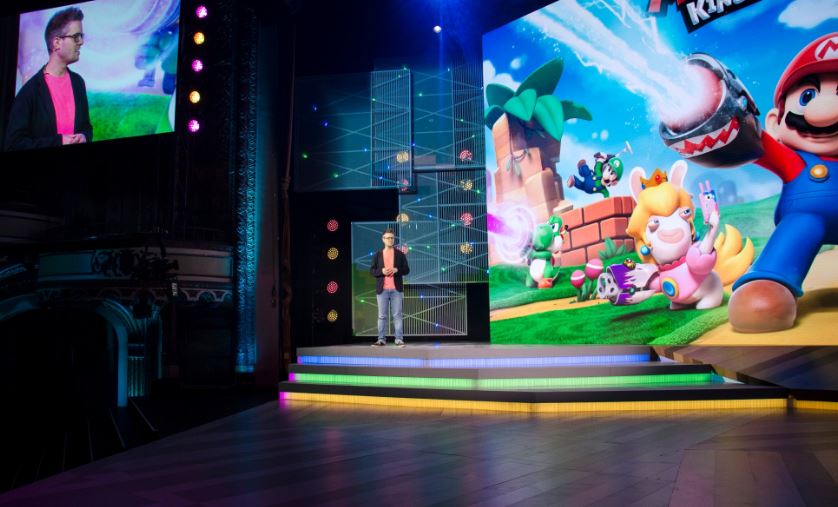 Mario + Rabbids: Kingdom Battle has been officially announced at Ubisoft’s E3 conference (with an appearance by Shigeru Miyamoto and a life-size replica of a weapon from the game).

Having been teleported into the Mushroom Kingdom, the Rabbids will team up with Mario and co to save the Kingdom with turn-based strategy.

It’ll be an Nintendo Switch exclusive, launching in August.

“Get a first look at all the chaos of Mario + Rabbids Kingdom Battle and join Mario, Luigi, Princess Peach, and Yoshi as they team up with Rabbids heroes to explore a new world twisted by the mischievous Rabbids, filled with secrets and nods to classic Mario games! Discover a feel-good and modern combat adventure designed exclusively for the Nintendo Switch, playable anywhere, anytime, with anyone.”