How a lost smile changed wrestling as we know it. 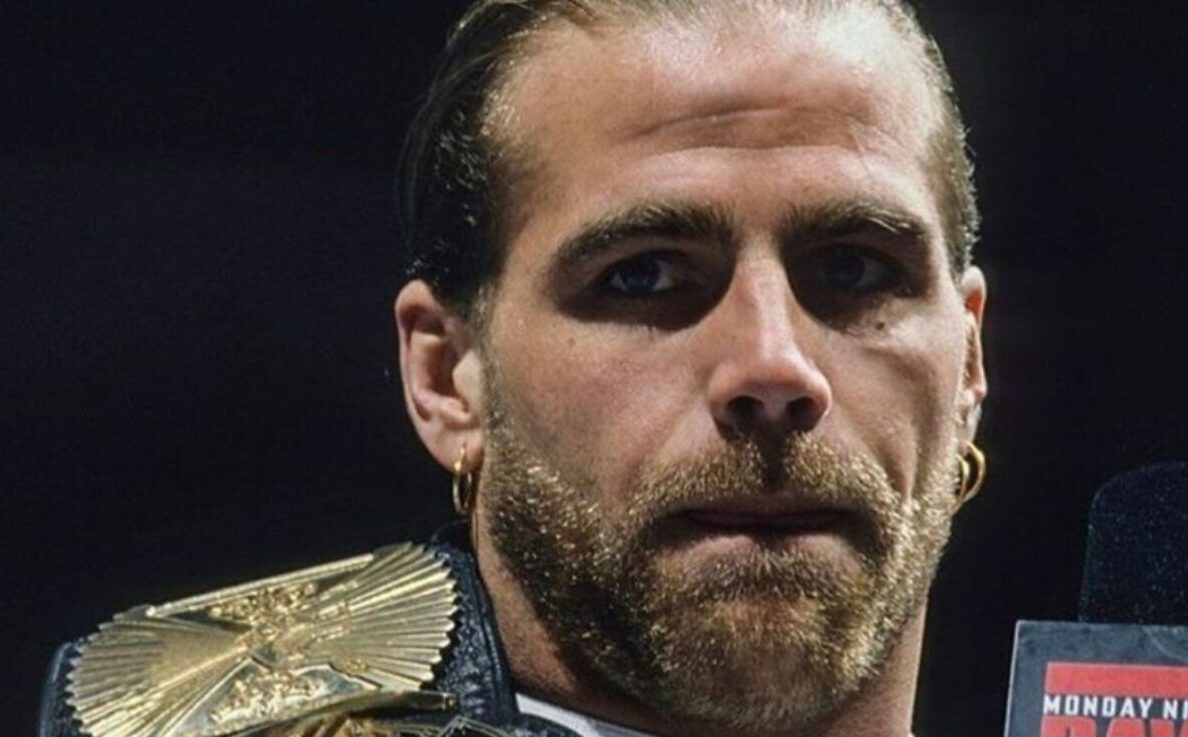 In April 2001, days after Vince McMahon had bought WCW and ended the Monday Night Wars, 67,925 people filled the Houston Astrodome for WrestleMania X-7, breaking revenue and pay-per-view records. The main event that night: The Rock vs. Stone Cold Steve Austin. Four years earlier, the events of one Thursday night set their paths to the top of the business in motion.

Thursday RAW! Thursday on 13 February, 1997 is mostly remembered for Shawn Michaels and his ‘lost my smile’ speech, but WWE was changed forever years ago when a rescheduled episode of Monday Night RAW set in motion a series of events that would lead to the emergence of the two biggest stars in wrestling history.

Thursday RAW! Thursday began with a match for the Intercontinental title between champion Hunter Hearst-Helmsley and third-generation athlete Rocky Maivia. Maivia had debuted the previous November at Survivor Series and had been on an undefeated streak since. Helmsley, meanwhile, was yet to become the Triple H character we now know him as but was a heavily pushed act.

Although Maivia was clearly earmarked for big things, there were signs by mid-February that the fans were not as enamoured with Maivia as those in high places within the company. But there was yet to be an unquestionable backlash against the pineapple-haired stud. That changed after February 13.

Helmsley and Maivia had a decent match to start the show, telling a decent story of the more experienced champion dominating Maivia, who nonetheless kept going and showed fire and determination. It was a formula that had worked for decades but with the nWo running roughshod on the other channel in WCW and a harder edge in evidence in the WWF the clean-cut babyface was looking a little out of place.

On the night, however, it was a success. Seemingly defeated, unable to stand, Maivia was laid out helplessly on the mat when Helmsley’s arrogance got the better of him. Taking his time to put his opponent away, Maivia rolled him up in a small package and won the title. The crowd reacted very positively, popping loudly. It seemed like a new star had been made.

Not yet. Very quickly, Maivia became the victim of boos and negativity from fans. Resenting his fast track to the top, signs sporting “die, Rocky, die!” began appearing in crowds. With the bloom most certainly of the rose, Maivia lost the Intercontinental title to Owen Hart in April and was on a losing streak when injury took him out of action until the summer.

He would return to join the Nation of Domination on August 12, cutting a bitter promo on the fans for their chanting and signs. Over the autumn, Maivia would become ‘The Rock’, a self-centered, smack-talking upstart who became one of the highlights of the midcard. By December, he was Intercontinental Champion again, holding the belt until a show stealing ladder match against old foe Helmsley – now Triple H – at SummerSlam ’98. Within months, The Rock would be WWF Champion, headlining WrestleMania XV and becoming a genuine mainstream star.

Would this have happened without that Intercontinental title win in February 1997? In retrospect, it seems unlikely. Maivia undoubtedly had talent – witness his post-match interview when you can see his natural charisma and attitude fighting to come through his bland, squeaky-clean promo. But if the company had simply carried on with Rocky defeating lower-card opponents like Salvatore Sincere for a few more months, it’s easy to see his reactions dwindling with each appearance. Indifference may have been more damning than the fierce backlash from fans he received. This displeasure gave the logical reason in storyline terms for the creation of The Rock character, a change that has led Dwayne Johnson to Hollywood superstardom twenty-five years later.

A few segments later, WWF Champion Shawn Michaels famously lost his smile. A controversial moment that in the immediate term changed the shape of WrestleMania 13, it ultimately created the biggest star in wrestling history in the form of Stone Cold Steve Austin.

On that Thursday night, Michaels joined Vince McMahon in the ring for an interview. An emotional WWF Champion had hobbled to the ring and informed fans that his doctor had suggested he may never wrestle again; that his knee was perhaps beyond reconstructive surgery. Michaels handed the title belt to WWF President Gorilla Monsoon, said he had lost his smile, and hobbled backstage, tears flowing down his cheeks, despite the crowd frequently chanting for Sycho Sid, much to his annoyance.

The focus was very much on Shawn Michaels at the time, and over the next few months the moment became part of the volatile Michaels-Bret Hart situation which culminated in the Montreal Screwjob that November. The original plan for WrestleMania 13 had been a rematch from the previous year’s event between Michaels and Bret Hart. Michaels was set to return the favour from that match and lose to Hart. His lost smile was the end of that, adding to the animosity between the pair.

Meanwhile, Stone Cold Steve Austin had been growing in popularity. Following his fantastic match with Bret Hart at Survivor Series and his tainted Royal Rumble win, Austin was increasingly receiving cheers from the WWF fanbase. The growing rise in crowd noise for Stone Cold was in stark contrast to the diminishing returns for Rocky Maivia.

Despite this, it seems that there was no plan for Austin at WrestleMania 13. Austin himself has said on his now-defunct podcast that he didn’t think he was part of the card and was resting an injured knee when he received a call saying that he would face Bret Hart in a submission match.

Still seen by many as the greatest match in WWF/E history, the Hart-Austin encounter in Chicago saw roles realigned in dramatic fashion. Passing out in the Sharpshooter and a pool of his own blood, Steve Austin became the biggest babyface in the company, while Hart’s poor sportsmanship led to the recreation of the Hart Foundation and the fondly remembered USA vs. Canada feud.

What would Austin’s role at WrestleMania 13 have been had Michaels not ‘lost his smile’? It’s difficult to see who he would have faced. Vader? The British Bulldog? Mankind? There were few viable options. Austin’s star was certainly on the rise, but would he have reached the same heights without that seminal WrestleMania match? He may well have done. But it’s undeniable that the submission match was a seminal moment in Austin’s path to the top of the industry. The questionable validity of Michaels’ knee injury was another push towards the breakdown of the Hart-Michaels relationship that would lead to the Montreal Screwjob and the emergence of Austin’s biggest nemesis, Mr McMahon.

None of this would have happened in the same way had Michaels not claimed an injury and forced that WrestleMania reshuffle. Trailing WCW in the ratings and losing money, few would have predicted that the lasting legacy of Thursday RAW! Thursday wouldn’t have been the tears of Shawn Michaels, but rather the beginning of two separate roads to mega stardom.