Gorr blimey, what a mess. 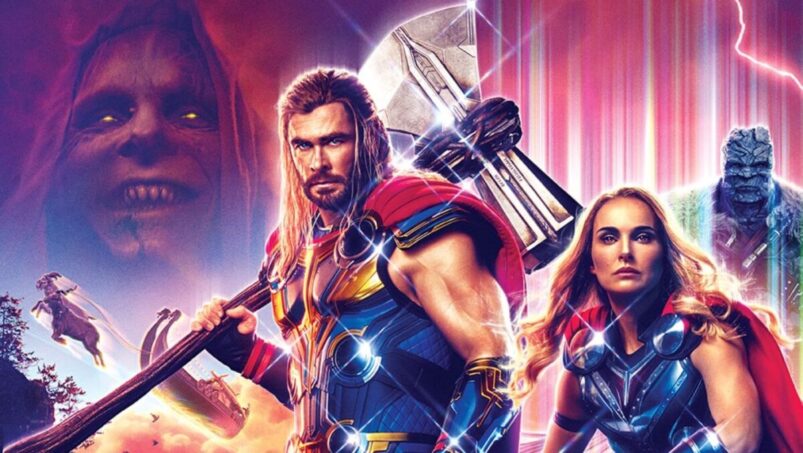 The Marvel Cinematic Universe has sunk to new lows with Thor: Love and Thunder. The film is an aesthetic and storytelling mess from beginning to end, never knowing exactly what it wants to achieve while hindering most of its emotionally investing moments in favor of unfunny and irritating jokes.

Credit where credit is due: the opening scene is terrific. It brilliantly introduces the film’s main antagonist, Gorr the God Butcher (Christian Bale), whose possession by the Necrosword corrupts his mind as he vows to kill all gods. Gorr gets the ultimate tragic backstory fueling his rage, and the audience totally sees where he’s coming from in that regard. His heart is broken to pieces and may never be stitched back together, as the Necrosword makes sure his actions will never be redeemed.

Every time Bale appears on screen, it’s always unclear what he’ll do next, or how he’ll trap the film’s protagonists for his own advantage. But since his screen time is so limited, and sparsely appears throughout the main story, the main threat feels completely weightless. Instead, Waititi prefers to spend most of the time cracking neverending jokes with Thor (Chris Hemsworth), as he reunites with Jane Foster (Natalie Portman), for the first time in eight years. After being called upon by Mjolnir, Foster holds the mantle of The Mighty Thor and helps Thor out in tracking Gorr with Valkyrie (Tessa Thompson) and Korg (Taika Waititi).

Jason Aaron’s Mighty Thor is one of the greatest-ever comic runs by Marvel. In the film, an ounce of attempted emotional momentum inspired by the comics never fully comes into fruition. This is the first time Thor sees Jane again, and instead of having a meaningful moment where the two of them catch up, Waititi and screenwriter Jennifer Kaityn-Robinson beat a dead horse with endless. Even the most emotional moment between the two is completely tarnished by having Portman make a quip to Hemsworth immediately after dropping devastating news surrounding her character.

Because of this overreliance on jokes, Love and Thunder is never able to properly develop its characters, or make us care about anyone (or anything). We should be devastated for Jane or Gorr for that matter, but Waititi turns these tragic arcs into ridicule, and, as a result, renders the action devoid of any weight and meaningful stakes.

Of course, this wouldn’t have been a problem if the jokes were funny. Ragnarok was a joke festival, but Thor’s previous adventure was the perfect blend of impeccable action scenes and fun humor. But none of the jokes in Love and Thunder are funny, save for one bit in New Asgard that won’t be spoiled here. The rest of the bits go from head-scratching to pointless and annoying, especially the two goats, Toothgnasher and Toothgrinder, whose recurring scream gets more unfunny as they do it. It wasn’t funny at the first scream, and it will certainly annoy you at its one-hundredth.

It also doesn’t help that the movie looks terrible, especially coming off of aesthetically dazzling productions like Eternals, Moon Knight, Doctor Strange in the Multiverse of Madness, and, most recently, Ms. Marvel. The action scenes have no energy to them, the visual effects feel unfinished, and Baz Idoine’s cinematography is completely devoid of any geography and style that made Marvel’s previous titles so cool. The visual flaws are even more apparent when you see the film in IMAX 3D, especially during scenes shot with IMAX cameras. It looks faker than anything Marvel has ever done and shows a decline in their quality as they would rather churn out more content as fast as possible instead of taking their time on each of their projects.

There are few redeeming qualities in Thor: Love and Thunder. Christian Bale is great, but he’s barely in the film. So is Russell Crowe as Zeus, a gonzo mix of Tommy Wiseau meets Jeff Bridges’ The Dude. Hemsworth is always excellent, but the material he’s given turns his (and Portman’s) character into a complete farce as they both spew one unfunny joke after another. No one at Marvel seemed to have given any limits to the number of jokes, instead of giving Portman’s Jane Foster and Bale’s Gorr their time to shine in the most emotionally satisfying way for their characters, and for the fans. And as a lifelong fan of Marvel and the MCU, my disappointment was immeasurable, especially with all the material Waititi had on his fingertips to make Love and Thunder the best Thor movie yet.

READ NEXT: 12 Best Viking Movies of All Time 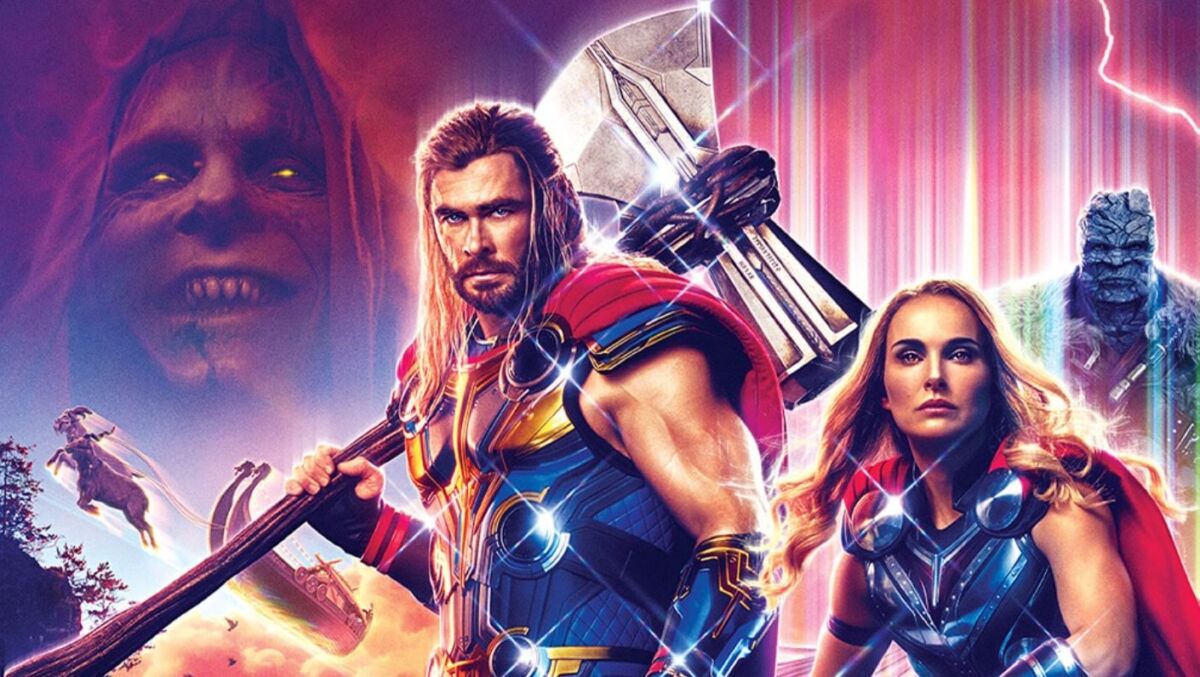 Verdict
Thor: Love and Thunder’s drab visuals and unfunny jokes hinder any attempt at an emotionally moving and satisfying fourth installment, even if Christian Bale tries to make the most out of his limited screentime as Gorr.
3
Cultured Vultures is a pop culture website established in 2013 covering all things gaming, movies, and more. We eat your words.
All The News On The Biggest Games