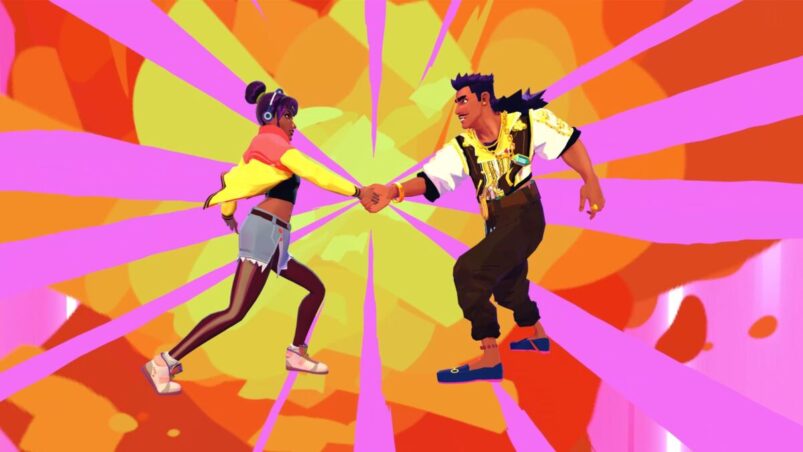 The Game Awards 2021, in between all of the adverts anyway, was filled with some big announcements and reveals, but one of the more surprising ones was Outerloop Games’ Thirsty Suitors. Published by Annapurna Interactive, the game’s vibrant art style, bold music and unique blend of gameplay genres caught the attention of many immediately, and after witnessing a bigger look at the game via a hands-off Discord demo, it could be a real hit.

The game follows Jala, a queer South Asian immigrant who’s moving back to her hometown of Timber Hills to attend her sister’s wedding. She’s also running away from a recent break-up, but unfortunately, Timber Hills is home to Jala’s six previous exes, all of whom have a bone to pick with her. On top of that, Jala has to contend with her family, who she doesn’t exactly see eye to eye with.

Thirsty Suitors is a game about intergenerational trauma, especially in immigrant families, love and the weight of expectations. With the creative director, Chandana Ekanayake, being born in Sri Lanka, there’s a lot of lived experience at play within the game, but the developers are also hoping that the game will resonate with a wide variety of people, not just those who are queer or of South Asian culture. The developers have even promised a raft of accessibility options too, ensuring that everyone can and should be able to play Thirsty Suitors.

The game itself is split into multiple different sections that stretch across so many genres. At its core, Thirsty Suitors is a turn-based action RPG, but there’s so much more to this game than just its interesting combat. Between the cooking sections, narrative choices, romance options and even skateboarding on top of the combat, Outerloop Games is balancing a lot of plates, but there’s every indication that they’ll pull it off.

The turn-based combat sees Jala facing off primarily against her exes, though there are other battles to encounter in the town of Timber Hills. While the battle plays out similar to a traditional RPG fight, complete with showy moves and plenty of spectacle, along with mini-games during attacks like Paper Mario: The Thousand Year Door, they’re actually about Jala and the ex in question conversing and coming to terms with their shared history together. It’s certainly more lovely than a story where Jala comes back to town and just batters her exes for loot/EXP.

A system like that requires some good writing and chemistry between Jala and the exes, and from what we saw in the demo, that’s certainly present. The first ex (and only one we were shown in full), Sergio, is kind of a pathetic weasel. He’s the spoiled rich kid who thinks he deserves the world, and has spent too long pining for Jala’s love, but the demo showed the layers being peeled back on his character, making him somewhat sympathetic. He’s still a bit of a toxic dweeb, but you can understand how he became that way, at least.

Outside of combat, you’ll be free to explore Timber Hills, skateboarding, pet dogs (who perform sick kickflips when you do), become enemies with some punks, and make choices that inform your “Thirstsona” rating, which governs what abilities you use in combat. It can also affect which outcomes you’ll receive during the story, meaning choice matters throughout the game. While there are romance options in play, the devs were keen to stress that Thirsty Suitors isn’t a dating game, nor is Jala an avatar for the player. She has her own story, but you have control over how it plays out.

Outerloop Games stated during the session that they reckon the game will last around six to ten hours, though whether the game’s various elements will hold the attention of players for that long, or even for subsequent playthroughs, remains to be seen. The skateboarding in particular did look rather basic, especially if you’re expecting a Tony Hawk rival. Still, Thirsty Suitors looks like an authentic and original game that speaks to a lived experience of a multicultural dev team, as well as looking incredibly fun too. We’re certainly excited to see more.

Thirsty Suitors is set to launch on PC via Steam, though a specific release date hasn’t been revealed yet. No platforms other than PC have been confirmed, either.