Though lacking a certain objective lens, there is much to love in Lin-Manuel Miranda's directorial debut. 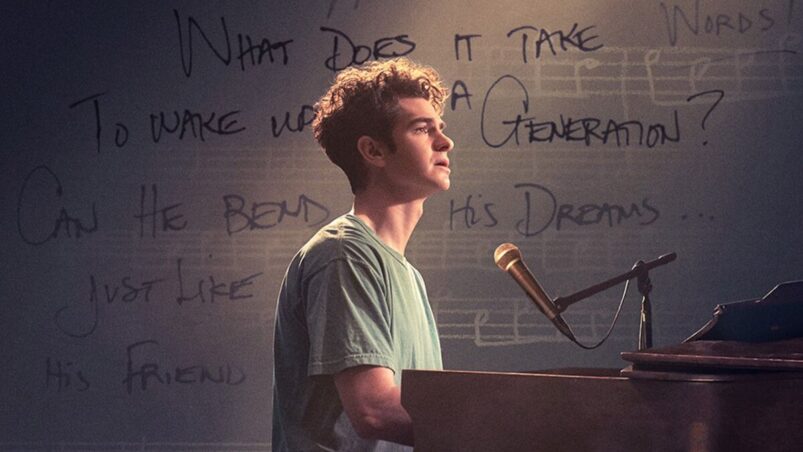 The audience is quiet. An increasingly frantic piano plays in the background. ‘In eight days my youth will be over forever, and what exactly do I have to show for myself?’ worries Jonathan Larson, instantly making himself relatable a mere two minutes into the film.

Anyone who knows that a year has 525,600 minutes in it would be familiar with the iconic musical Rent (that, or they just know it as the song from Michael Scott’s farewell) . Lin-Manuel Miranda’s adaptation of Tick, Tick… Boom! is an emotional portrait of the man behind the masterpiece, musical genius Jonathan Larson.

Tick, Tick… Boom! tells the tale of aspiring playwright Jon (Andrew Garfield), who worries about making something of himself while he still has the capacity to. His best friend Michael (Robin de Jesús) is encouraging him to write jingles so he can pay the bills. His girlfriend Susan (Alexandra Shipp) just wants to have a conversation about their future together. His dear friend Freddy (Ben Levi Ross) is HIV positive and in and out of the hospital. He has spent eight years developing his dystopian musical Superbia, which is set in a future where ‘​​the vast majority of humanity spend their entire lives just staring at the screens of their media transmitters, watching the tiny elite of the rich and powerful who film their own fabulous lives like TV shows’. It is all set for a workshop but it is missing a crucial number. To top it all off, Jonathan is plagued by the constant ticking of the clock in his mind, reminding him he is fast approaching the dreaded 3-0.

The original Tick, Tick… Boom! was written by Larson himself, as a musical about making a musical. It was initially performed as a rock monologue with just Larson, a piano and a rock band, with later productions going on to add the characters of Michael and Susan as well. Larson was known for experimenting with different forms of musical theatre, and the rock musical genre he became famous for with Rent and Tick, Tick… Boom! was relatively unknown at the time. Tragically, he died of an undiagnosed aneurysm the night before the opening of Rent, which went on to become one of the longest-running shows on Broadway. It ran for 12 years, grossed over $280 million, and won four Tony Awards, six Drama Desk Awards, and a Pulitzer Prize for Drama.

Considering his talent, his reputation, and his connection to the source material, there really seems no one better to direct the live action adaptation than Lin-Manuel Miranda. It’s clear that the movie is deeply personal to him, and he even played Jon at the Encores! Off-Center Revival 2014, with Leslie Odom Jr. (Aaron Burr in Hamilton) and Karen Olivo.

Not only that, he mentions watching Tick, Tick… Boom! in 2001 as a major reason why he chose to stick with his theatre dreams. “I saw Raúl Esparza in the original production at the Jane Street Theatre in 2001. I was a senior in college, and it was like, ‘Here’s what your 20s are going to look like, dude. Everyone’s going to grow up around you and get real jobs. Do you want to join them or not?’ ” he says in an interview with Backstage. “And I didn’t.” The similarities between the two are evident as well, with both of them writing their seminal musicals in their late 20s, and then going on to win Pulitzers and other major awards.

Miranda’s version of Larson, however, does not seem nearly as flawed as Larson’s original conception of his character. He seems hesitant to taint the memory of Jonathan Larson in any way, and the film is firmly on Jon’s side till the end. It’s not as though he doesn’t know how to depict shades of grey – he wrote his version of Alexander Hamilton as an intelligent, ambitious, but highly imperfect man. The knowledge of Larson’s untimely death and Miranda’s emotional proximity to the subject adds an extra layer of pathos to the live action adaptation, and costs it a certain amount of objectivity, pushing it more into the tribute side of the biopic spectrum. As a consequence, the Jonathan Larson in Miranda’s Tick, Tick… Boom!, though played with genuine heart by Andrew Garfield, isn’t the Larson that the original author wanted us to see – the one that sometimes made questionable decisions or prioritised his dreams above the people that loved him.

That said, Tick, Tick… Boom! is a solid directorial debut for Miranda, who has admitted that this was his dream project. His playful but caring touch is visible throughout the film, from the authentic locations to the sets and the veritable bevy of cameos by Broadway legends and members of the Lin-Manuel Miranda film universe sprinkled throughout the movie.

There has been much debate about casting non-singers as leads in musicals. Just like Ryan Gosling in La La Land, Andrew Garfield is beautiful and spent months training his voice, but is simply not a singer. However, he plays Jonathan Larson with such an earnest, perfectly weary enthusiasm that the thought, ‘but what if this was Jeremy Jordan’ only crosses your mind once. Garfield clearly threw his everything into the role, and his trademark endearing quality adds even more to his heartfelt portrayal of Larson.

Robin de Jesús gives an equally emotional performance as Michael, Jonathan’s best friend who came to New York to be an actor but becomes a marketing executive instead – the classic struggle between passion and practicality. Vanessa Hudgens is heavily featured in the film’s marketing campaigns, but her character Karessa is essentially limited to being a backup singer for Jon, as is Joshua Henry’s Roger.

The movie’s themes of purpose, passion, and the reality of following one’s dreams remain timeless through the years. Young people everywhere will find a kindred spirit in Jonathan Larson, whose angsty, anxious energy will be thoroughly relatable to those who feel suffocated by the achievements of their peers in contrast to their own. To all the struggling creatives who question whether they should keep going with their art, it is a gentle nod, a warm squeeze of the hand.

All in all, Lin-Manuel Miranda does a worthy job of bringing Jonathan Larson’s story to the limelight of another generation, and for that reason alone, it’s definitely worth watching.

READ NEXT: 5 Great Movie Musicals Worth Your Time (Unlike Cats 2019) 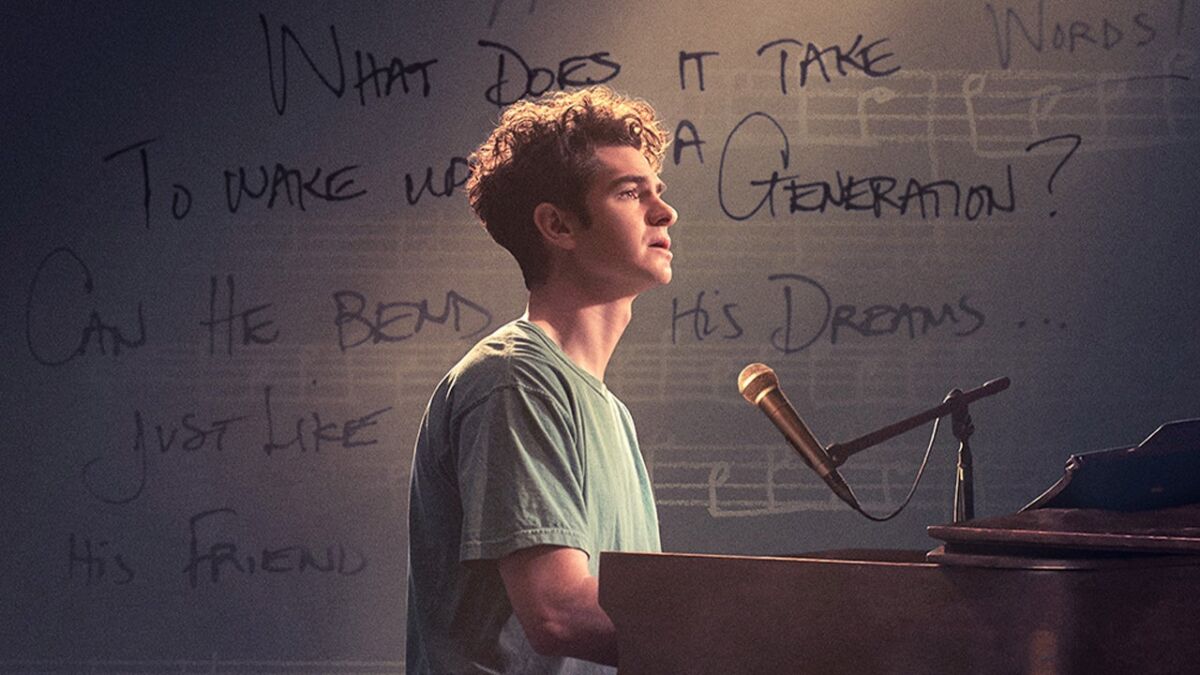 Verdict
Lin-Manuel Miranda kicks off his directorial career with a heartfelt, emotional tribute to Jonathan Larson.
8
Cultured Vultures is a pop culture website established in 2013 covering all things gaming, movies, and more. We eat your words.
All The News On The Biggest Games