5 Great Movie Musicals Worth Your Time (Unlike Cats 2019)

They aren't all bad. 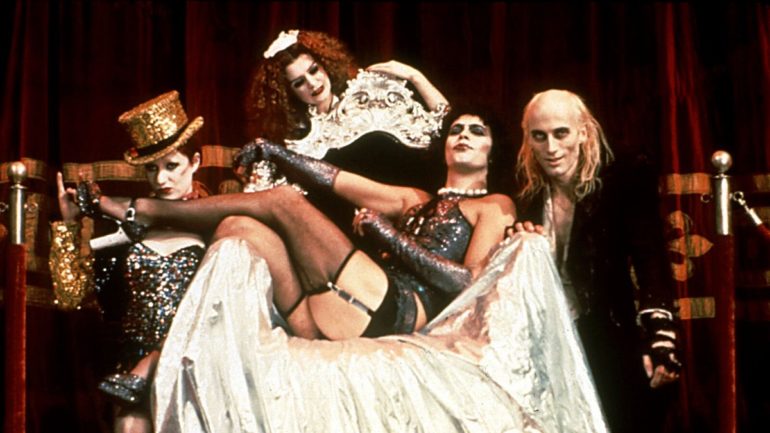 So we’ve all seen the Cats trailer, right? That is definitely a thing, to be sure. A thing that is going to be, almost without question, an absolute horror. As someone who has a long and enduring love with musicals, the fact that they’ve decided to release this abomination into the world is actually painful. And it is directed by the same guy who butchered Les Miserables – Andrew Lloyd Webber saw that film and decided that Tom Hooper was just the guy to take on Cats. Make of that what you will.

All that being said, I don’t think necessarily that the recent crop of terrible adaptations of musicals should sound the knell for the death of the genre, and I also think that there are so many decent movie musicals absolutely worth your time.

This is the newest musical on the list, hitting the big screen in 2008, and I’d say it is also absolutely the most joyful. Tracy Turnblad is a normal kid in 1960s Baltimore, but she has a big dream. She wants to dance on her favourite TV show, and she wants to get the cutest boy in school. Along the way, she learns about the injustice of segregation and her dream changes – she wants to dance on TV with all of her friends, no matter the colour of their skin.

What makes Hairspray so charming is that Tracy is not your average sized heroine, but that absolutely has no effect on her self-esteem, and she refuses to change herself to get the guy (eat your heart out, Grease!). Nikki Blonski is a brilliant Tracy, and she is joined by a plethora of stars, including Zac Efron, John Travolta, Christopher Walken, Michelle Pfeiffer and Queen Latifah, all of whom throw themselves into their roles and can – crucially – sing well enough to be pleasant to listen to.

2. The Sound of Music

If you haven’t heard of this musical, I don’t know what to tell you. The Sound of Music is an absolute classic, following nun Maria (Julie Andrews) as she is farmed out by the convent to be the governess of seven children in pre-war Austria. She falls in love with their father, the prickly Captain Von Trapp (Christopher Plummer), and the whole family is forced to flee the country before he is conscripted into the navy of the Third Reich.

If you can’t cope with kids in movies, this one probably isn’t for you – the children here are very, very sweet. And while a lot of the songs are a delight – My Favourite Things, anyone? – some of them are just a bit saccharine – I always make a cup of tea during Sixteen Going On Seventeen. But The Sound of Music has lasted this long for a reason. Christopher Plummer plays Captain Von Trapp completely straight in this slightly camp movie, and it is hard not to fall a bit in love with him too. Julie Andrews, who I am sure everyone in the world likes, is not only lovely to listen to but also surprisingly funny. And they are running away from Nazis, a big eff you to Hitler – what’s not to love?

Cult classic The Rocky Horror Picture Show is a fine example of a slow burn. It wasn’t that popular at the time of release, but now it has a huge following, with screenings regularly all over the country, every single year. There’s a code to watching this, stuff you have to bring with you to be in the club, so you can join in with the people on screen. You need a newspaper for the rain scene, for example and if you don’t have one, you’ll be the only one sat there without a paper on your head (and you will feel left out!)

Tim Curry, as Doctor Frank-N-Furter, is the real star of this movie. He’s mesmerising on the screen, funny and sexy and terrifying all in one go. There’s good supporting turns from Susan Sarandon and Richard O’Brian (the writer himself) amongst others, and just some really great songs. The Time Warp is the most famous, but Curry sings Sweet Transvestites and I love the opening number, Science Fiction, Double Feature. The Rocky Horror Picture Show is an example of how much fun a movie musical can be, if it is allowed to just be itself on the screen with no pretension.

Of all the musicals on this list, I happen to think that Singin’ in the Rain is the best. It is a near perfect adaptation, and one of the few that I think actually works better on film than it does on the stage. It needs the big locations, the theatres and the studios, and it needs that street for Gene Kelly to tap dance his way down as he sings the title number. The story is simple – Kelly’s Don Lockwood is a silent movie actor making the move to talkies, but his onscreen partner in crime Lina Lamont, does not have the voice for it. Plus she’s kind of a nightmare. When Don meets and falls in love with Kathy Seldon (Debbie Reynolds), a woman with the voice of an angel, he hatches a plan to get her voice up on the big screen.

Singin’ in the Rain works because it doesn’t try to be anything that it isn’t. Kelly and Reynolds have great chemistry, both of them effortlessly charming, and the movie makes the most of their talents. The absolute best scene – I’d say one of the best scenes in any musical – is Good Morning, when Kelly, Reynolds and Donald O’Connor sing and dance their way through Lockwood’s house in a perfectly choreographed number that shows you just what movie musicals are capable of being.

Moulin Rouge is one of those rare beasts – a genuine movie musical, rather than being an adaptation of a stage show, that makes successful use of contemporary pop songs for its soundtrack. The story sounds fairly over the top; a writer falls in love with a singer at the Moulin Rouge and they have a passionate affair, although she has been promised to the Duke in exchange for money for the show, until she tragically dies and our writer is left picking up the pieces.

Moulin Rouge is a riot from start to finish. There’s so much colour and so many strange things happening on the screen at all times, it is sometimes hard to know where to look. But that is the reason it works; the movie absolutely embraces its own concept, and director Baz Luhrmann has his tongue firmly in his cheek at all times. The energy is chaotic, but it works, because the cast buys into it. Ewan McGregor is Christian, our writer, and Nicole Kidman Satine, our singer, and they are having the best of times. Every shot, every prop, every costume, is committed to Luhrmann’s vision, and that’s why it works so well. It is one of the most coherent movie musicals out there.

There’s a good number of movie musicals that deserve to be on this list, even if they aren’t quite up to the quality of the five I’ve mentioned above. But if you’re interested in the honourable mentions, then check out Little Shop of Horrors, Chicago, My Fair Lady, Oliver!, The Muppet Christmas Carol…the list goes on. Just do yourselves all a favour and avoid bloody Cats like the actual plague. If we stop giving them money, they will stop making the bad ones!