The Witcher 3: The Wild Hunt and My 80-Hour Playthrough 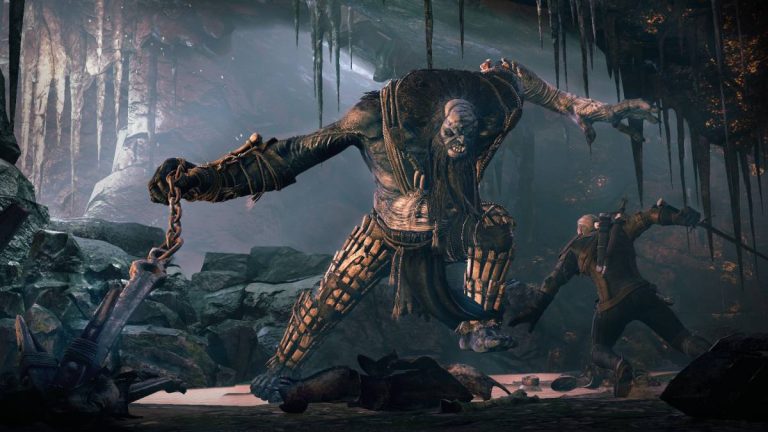 I finally did it. Almost two months after CD Projekt Red’s behemoth of an open-world game was released, I have managed to conquer the main story missions and arrived at The Witcher series’ climax. So, how does it feel?

Pretty damn great. I think my decision to spend £50 on it rather than food for the rest of the month is probably the best immature thing I have ever done. Who needs everyday essentials like bread and milk when you can be transported to a rich world based on Polish fantasy and become an albino badass with cat eyes.

The Witcher 3 is the final journey in a widely-loved franchise that started on PC back in 2007. As far as a linear adventurer goes, it was quite well received for its story and immersion at the time, though it never quite blew the gaming public’s minds. The series really took off, however, when its sequel, The Witcher II: Assassins of Kings was released in 2011 to great fanfare.

Following the journey of Geralt of Rivia, a legendary witcher (a warrior for hire imbued with special powers, in short), the second game built on the momentum of the original and left many fans expectant for what the Polish developers could do with it next. Nobody could have known just how ambitious their next attempt would be, taking Geralt from his regular hack n slashery to a vast, stunning open-world that only Rockstar can rival in terms of scale and “life”.

Having never played the first two games in the series thanks to a never owning a PC with more power than a potato, I eagerly awaited the release of The Wild Hunt for PlayStation 4. I was certainly not disappointed. Here’s what I found after conquering the majority of the game in an 80 hour playthrough.

There’s no doubting just how big the world of The Witcher 3 is. With most of Novigrad, Velen and The White Orchard scoured, I still have the vast wilds and seas of Skellige to explore; possibly adding another five hours of gameplay to my already monstrous tally. Rather than all areas being accessible on the same path, the regions are all segmented, which means that you have to fast travel to arrive at them; not quite as open as Projekt Red might have claimed. It doesn’t detract from the experience at all though, leaving you feeling like a very small witcher in a very big world.

Knowing literally nothing of the lore of The Witcher series did nothing to put me off picking up a copy of the game and I was right to do so. The developers must have known that a lot of neutrals would be jumping on the bandwagon thanks to its console release, but they have done a great job of filling the world with helpful backstory and codex to help you distinguish your Bloody Baron from your Ava’llach. The only game I have played that comes close to sheer depth for story is Mass Effect and even then it can’t quite compete.

I am going to say this right now: The Witcher 3 has the greatest score of any game I have ever played. Listening to the choral sounds of atmosphere does more to pump me up for battle than any mound of cocaine could. Its creators should be proud; they have stitched together a soundtrack that suits every situation found in a huge open-world fantasy world, quite remarkable when you think about it.

When you have so many different mechanisms in a game, it can be hard to ensure all those individual facets are up to the same level as each other. Luckily, CD Project Red have put their all into everything you see in the Northern Kingdoms, including the combat. It might not be as polished as Shadow of Mordor‘s excellent fighting system, but there’s still plenty of satisfaction to be had in counter-attacking a thoroughly bad egg before setting him alight with your magical sword.

Make no mistake, The Wild Hunt is simply astounding in terms of things to see, do and find. Completed all the main story? Well, okay, how about detailed side quests that actually grab your attention? Witcher contracts to take on some of the biggest and most fearsome monsters for precious coin? Hunting down lucrative, legendary armour based on vague clues? Or maybe you just want to completely lose yourself in Gwent: a genius card game which wouldn’t be out of place in the real world? You could easily get 100+ hours out of this masterpiece and then some.

DLC is a blight on the gaming industry. AAA releases are increasingly removing core components of games before trying to charge them back to you for a quick buck with cosmetic add-ons like skins (looking at you, Evolve) also costing extortionate amounts. Luckily, there are still ethical developers around like CD Projekt Red who are giving away 16 pieces of DLC for free, as well as making the season pass seem like an optional bonus, rather than a requirement to enjoy the best experience from the game. Bravo.

The Not Quite So Good

The Witcher 3‘s main missions might have taken quite some time for me get around to besting, but that’s just as much down to how much they’re padded out with unnecessary diversions, inconsequential interactions and being tasked with five different objectives for one simple mission. My attention had waned by the time I eventually found Dandelion in the latter stages of the game after what felt like dozens of quests just to found out the most arbitrary pieces of information on his whereabouts.

No game is perfect. Even Ocarina of Time had its exploits, bugs and glitches, and The Witcher 3 is no different. It’s almost to be expected that a game this big would come with its fair share of issues and especially one made by such a relatively small team. None of the glitches are especially game-breaking, but they do come in thick and fast towards the end of the main quests, which took me out of the “this-is-the-final-showdown-LET’S-DO-THIS” mentality somewhat. Check out some of the ones I found above.

In any sandbox game, the first thing the player wants to do is to go up to some farmer and punch them directly in the neck. You don’t get that satisfaction in The Wild Hunt, but considering the moral code of its protagonist, it does make sense. The restrictions extend to not particularly being able to customise Geralt in detail, but really, this is serious nitpicking on my part.

Several patches later and the horse gameplay still feels much like trying to steer  a drugged-up camel through an Irish pub on a Friday night. Roach, your lovable but altogether quite useless horse, has an affinity for getting stuck in corners, not coming when commanded and being a constant wimp in battle. No game has yet come close to the masterful horse riding that Red Dead Redemption is loved for and sadly The Witcher 3 is some way off from taking its crown.

To put it simply, The Witcher 3 is a landmark for Western RPG’s, a game which is boundless in its vision and depth that isn’t without its small flaws. If you have any doubts that the next generation of gaming isn’t already here, pick up a copy of this game and gleefully lose three days of your life to it like I did.