The Ultimate Deletion: The Most Important Raw Main Event Ever 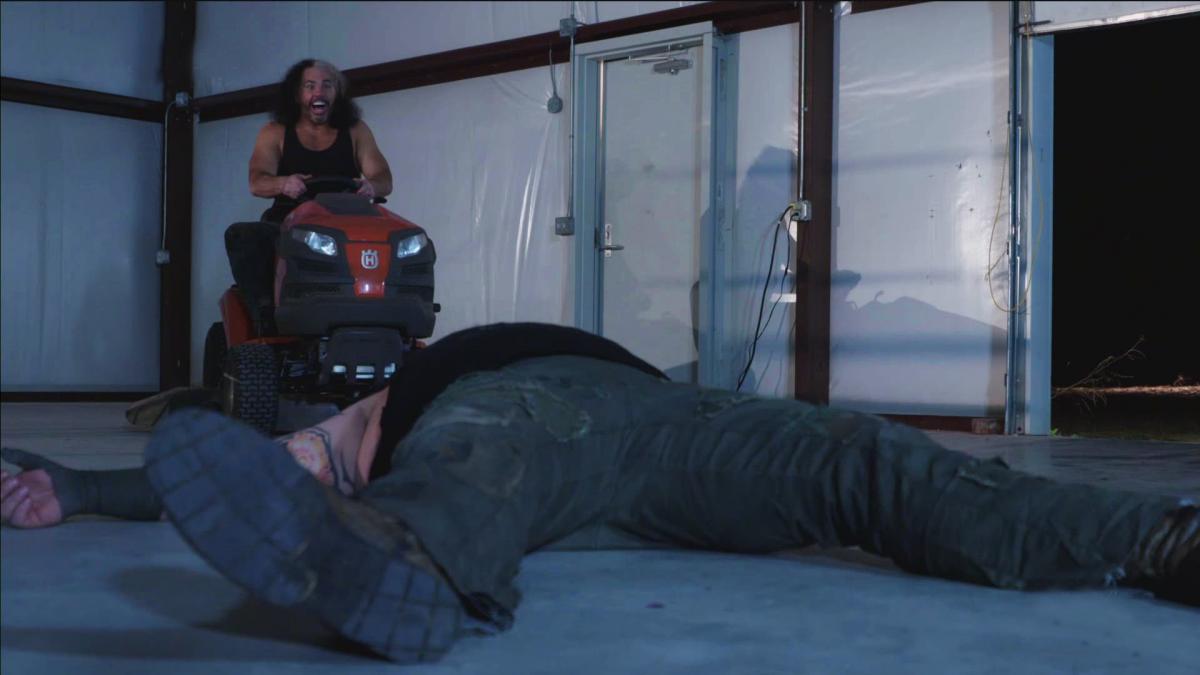 Disclaimer: As per Reby Hardy, WWE did not fund any legal costs as alleged below.

Some things are worth waiting for. After almost a year of legal drama, a stop-start build up and a lukewarm rivalry, Woken Matt Hardy has finally deleted Bray Wyatt. Yes, Ultimate Deletion has come and gone, culminating in the carcass of Bray Wyatt being lost to The Lake of Reincarnation. It was an amazing main event segment that more than held up to the unique absurdity of the Impact Wrestling original, while bringing new elements to the table. Perhaps most tantalisingly of all, with Wyatt’s body being lost at sea, the door has been left wide open to carry on the Woken exploits.

On top of being an incredibly fun segment, Ultimate Deletion could well become one of the landmarks of WWE television history. The very fact that it even aired is a marvel when you consider the amount of hoops that had to be jumped through to bring it to your TV screen.

Firstly, as mentioned, there was a lengthy legal battle between Hardy and Impact Wrestling. Impact claimed the character and by extension the Broken Universe were their creations. Matt and his wife Reby were keen to point out that the creativity was all their own work and that they had contributed monetarily to the filming. After a great deal of very public back and forth, #fucktheowl being a particular highlight, the keys to the Broken Universe were finally handed over to their rightful owners.

Was it a goodwill gesture on Impact Wrestling’s part, or the thought of being stuck in a lengthy legal battle with the deep pocketed WWE that turned the tide? Either way, the character that Matt Hardy and his family worked so hard to create could be let loose once more and it’s such a rarefied air that Hardy is breathing.

Historically speaking, WWE has never shown much love for things created outside of the company. Dusty Rhodes became a polka-dot joke. Kurt Angle and Sting’s time in TNA was wiped from wrestling history once they signed on the dotted line. DDP, perhaps the most charismatic and beloved WCW wrestler of their final years, became a stalker trying to make a name for himself. So for WWE to put their considerable backing behind a character that was created completely outside of their confines is almost unprecedented.

I believe they saw something in Matt Hardy and his merry gang that they didn’t in the other examples given. They weren’t so much buying into the individual as they were the bigger concept. Consider, if you will, the basic structure of WWE television. The wrestlers may have changed and the set may have evolved, but the way the show is presented has remained largely unaltered for the past decade. The saying goes that “anything can happen in the WWE”, yet the visual presentation of the show never changes. Ultimate Deletion is the first time in a long time that they have dramatically flipped the script.

It was conceived by Matt, filmed by Reby and acted out with seemingly minimal interference from the usual WWE team. Think about that. A wrestler and his family were given the go ahead to create an epic 20-minute segment that is completely at odds with both the direction of the company and its visual styling. Not only that, but they made it their main event of the evening. Imagine ITV giving Tommy Wiseau an episode of Coronation Street to write and direct and you’re halfway there.

One thing that gets lost in the evolution of Broken/Woken Matt is that it wasn’t an immediate hit. When the storyline first started to run, it was met with large amounts of derision. I distinctly remember those first images of Broken Matt circulating the internet, his Cruella de Vil hair and discount magician clothing being met with disdain. People thought that Matt had gone off the deep end and that it was the final nail in the Impact Wrestling coffin.

The segments evolved, developed their own internal logic and slowly, the tide turned. Impact bought into it all and swung for the fences, promoting each Broken Matt and Brother Nero match as an event. Wrestling media outlets were sent copies of Impact’s Final Deletion before it was broadcast because they knew they had something big and exciting on their hands. Through dedication to the character and a willingness to experiment, Hardy and the company turned it into a hit. Desperation and desire melded together to create something truly unique.

Ultimate Deletion is more than a weird punch up in a park. It’s a sign that WWE are willing – under the right circumstances – to take a chance on something outside their comfort zone. It’s a demonstration that creativity in the wrestling industry is alive and well. It’s a call to all wrestlers to take risks and to be unafraid to challenge the status quo. It shows that WWE can acknowledge an idea created outside of their company, so long as it’s a bloody good one.

Finally, as a wrestling fan, it shows me that WWE is aware of its current limitations. It shows me that they are self aware enough to know that the world is changing. Change in the wrestling world is a slow process, often born out of necessity rather than desire. Given WWE’s place in the current wrestling climate, they don’t need to take a risk on something like Ultimate Deletion. But they did. The success of the match opens up the doors for WWE to try other things and to take more chances with their presentation. We should all be excited about the prospect of that. Señor Benjamin, prepare the battlefield.