The Marvelous Mrs. Maisel: Season 3 REVIEW — Not Quite Self-Aware

Less than marvellous this time out. 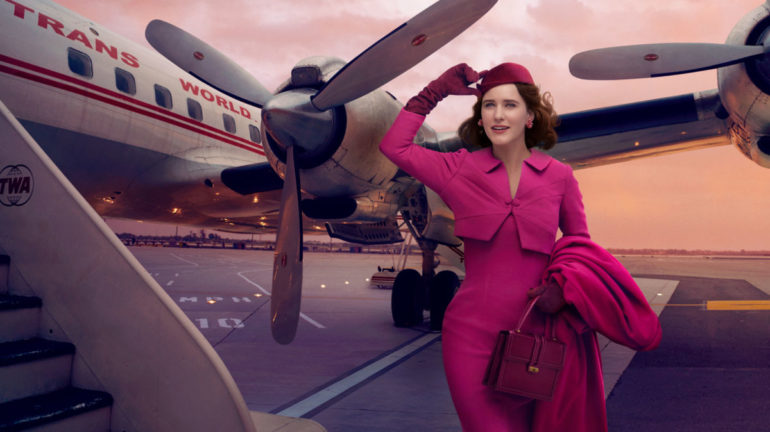 When it first aired three years ago, The Marvelous Mrs. Maisel, the first Amazon Prime series to ever win Emmy Awards, offered us a portrayal of a woman as someone who is humane, flawed, and relatable through its titular heroine Miriam ‘Midge’ Maisel (Rachel Brosnahan) as she tries to build a new life as a stand up comic after finding out that her husband has been cheating on her. And for the first two seasons, the complexity that creators Amy Sherman-Palladino and Daniel Palladino give to their heroine worked in the show’s favour, offering us an exploration of gender inequality issues in showbiz while at the same time building an aesthetically pleasing world.

Unfortunately, unlike Fleabag or Enlightened — two other comedy shows that successfully reshaped the portrayal of women in TV — which dare to dig even deeper into the darker flaws of their heroines, Mrs. Maisel fails to sustain its complexity in the show’s third season because it’s too afraid to leave the comfort zone that’s already built, resulting in the show not only beginning to lose plenty of steam, but also start to look very tone-deaf at addressing the issues it wanted to tackle in the first place. I’m not suggesting that it needs to be totally “woke”, but if they could’ve been more conscious of the problems that happen both inside and outside of its world instead of resorting back to laughter anytime it taps into something that is more serious, Mrs. Maisel would still be one of the most compelling female-centered shows right now.

When we left Midge at the end of season two, she was about to finally have her big break: Shy Baldwin, a fictional famous singer, wanted her to open for him on tour. Meanwhile, her ill-tempered yet dedicated manager Susie Myerson (Alex Borstein) was facing a big dilemma after she got the opportunity of managing Sophie Lennon (Jane Lynch), a popular comic who also happens to be Midge’s arch-nemesis. These are what eventually set the plot of season three in motion. And much of this season revolves around Midge and Susie’s dynamic as they go on tour. But soon tension begins to arise as Susie’s attention is divided between two needy clients Midge and Sophie, who desperately wants to star in a Broadway play of Miss Julie despite not having any experiences.

The conflict between these three characters, though not as deep as it could’ve been, allows the stars to flex their acting muscles. Jane Lynch’s feisty performance still steals the show anytime she appears on-screen. Meanwhile, the two-time Golden Globes winner Rachel Brosnahan is also terrific at conveying Midge’s bubbly and charming persona. But it is Alex Borstein that carries the season from start to finish. She’s still hilarious, but at the same time also manages to give more depth and profoundness to Susie as she’s juggling an endless string of problems.

Much like its two previous seasons, when Mrs. Maisel zooms in on the juxtaposition between Susie and Midge’s privileges, the show is at its compelling best. Susie is still someone who’s been struggling financially. She works hard managing Midge and Sophie, not because she wants to be the best manager in the whole world, but simply because she needs the money to pay rent. So in that regard, if Midge can’t or won’t book any gigs or her performance is bad, it means that Susie could lose the roof above her head. By contrast, Midge, who’s part of a wealthy family, has a choice that Susie does not. She will still have a home and be able to feed her kids even when she does not book any gigs.

For the first two episodes, season three spends time examining these differences between Susie and Midge, delving into how Midge’s actions have a direct impact on Susie’s well being. But sadly after episode two, the season chooses to keep coming back to something that is far less compelling than these conflicts like Midge’s divorce and Jewish upbringing. Therefore the duality of Susie and Midge’s ways of life is not explored thoroughly.

On top of that, the lack of diversity and the characters’ insularity, aspects of the show which have been criticized ever since season two, also remain unsolved this season. Yes, the Palladinos try to repair that blind spots by adding one Asian and two African-American characters in the story while challenging Midge’s parents Abe (Tony Shalhoub) and Rose (Marin Hinkle) to face the consequences of their ridiculously insular actions in season two.

But just like the way the show handles Susie, nothing that Mrs. Maisel’s done this season seems to make sense or work well at giving the show its needed nuance. Abe and Rose are facing poverty and becoming homeless this season, but strangely are still living glamorously. They still have a maid and plenty of expensive dresses as if the show refuses to acknowledge the idea that poverty is a real issue, not something that they can just toy around whenever it feels convenient. And all of this is getting frustrating, because what could’ve been a more serious and nuanced season ends up getting reduced only as a joke.

The biggest issue of the season, however, comes from the way Amy Sherman-Palladino approaches Midge’s upbringing as a white, rich, straight cis-woman who is oblivious to her own privilege. Right from its inaugural season, Mrs. Maisel has been aware of Midge’s privilege and the way she ignorantly presents herself in the world while never jettisoning the prejudice that she has to face because of her gender and religion. On one hand, the show portrays her as someone who assumes that she can get away with nearly anything because of her wealth. She constantly pushes away those who are not helpful in her journey of becoming a comic without feeling guilty.

On the other hand, Midge’s whole story also revolves around how people constantly underestimate her simply because she’s a Jewish woman. And even though every episode we see her learn little by little about life from her surroundings — mostly from Susie — and the problems she encounters, in the end, the show lets her off the hook easily and never pushes her to be more self-aware, always allowing her to get what she wants without exposing the consequences of her actions.

This season of Mrs. Maisel, in particular, fails miserably to recognize that Midge is also a human being who’s not just an entertainer that only spends her life on stage. She’s still a self-centered snob who’s entitled to her birthright up until the very end of the season. She’s also never aware that almost entirely the member of the band she’s traveling with, have to stay at a different hotel because of the racial segregation that’s happening at that moment. Naturally, this social myopia and obliviousness that Midge has would be juicy material for any writers to address a weighty issue regarding the way white entitlement can distort one’s worldview, simply by creating the opportunity for its titular heroine to learn more about herself, and the fact that there’s a world beyond hers.

Again, that’s unfortunately not the case here. The show mostly uses Midge’s unconsciousness along with how it contrasts with Susie’s struggle only to mine its comedic moments as if it just floats above all of these issues so that they can give us laughs. This is all emphasized in the season’s last three episodes where Midge learns that Shy Baldwin is a closeted gay man, and then jokes about it while opening for him at the Apollo. Though in the end it results in Midge and Susie getting fired by Shy’s manager Reggie (Sterling K. Brown), the show still refuses to let Midge come to terms with how dangerous the power of her words is.

The most logical explanation of why Midge does not understand about all of this is that most of her life, she’s never been called out directly on her privilege, or maybe the show does not want to tap deeper into that area yet. Frankly, it’s just ridiculous for a show taking place in an era where a civil rights movement was happening and aspired to smash gender inequality in showbiz, to be this oblivious. If they really want us to still care about both Midge and the show next season, they need to be more self-aware. 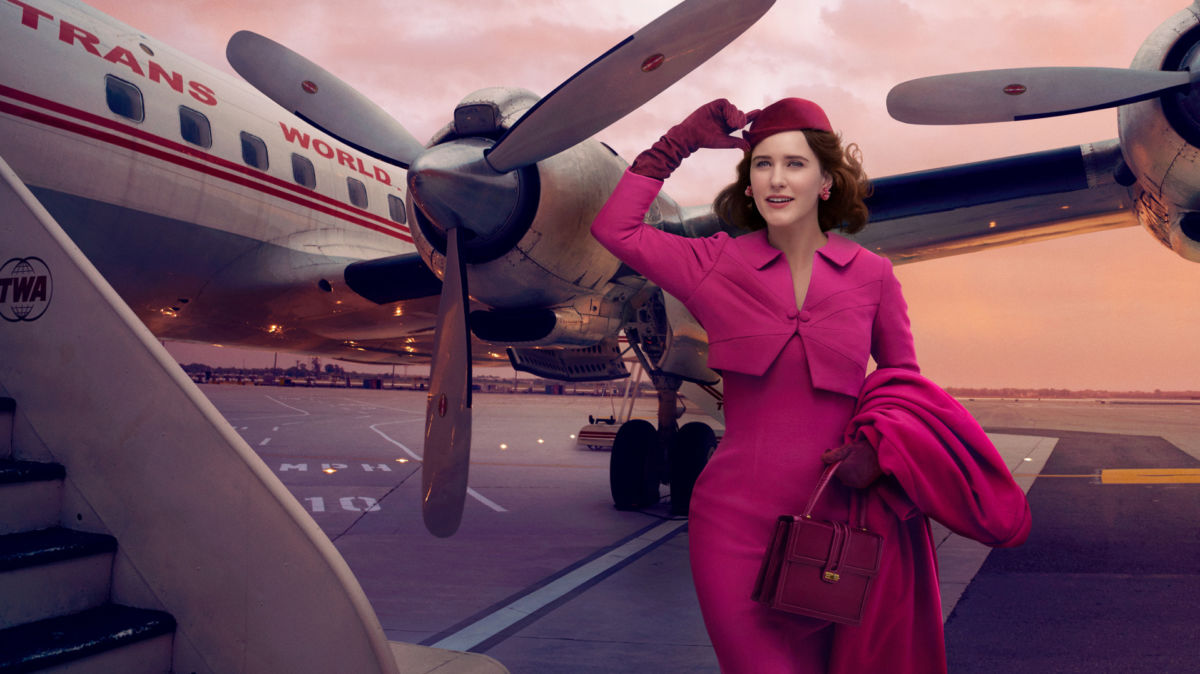 Verdict
Although the show remains visually spellbinding and the performances from the ensemble are still uniformly terrific, especially Alex Borstein, The Marvelous Mrs. Maisel starts to feel less marvelous because of its failure to address Midge’s lack of self-awareness.
6.5
Cultured Vultures is a pop culture website established in 2013 covering all things gaming, movies, and more. We eat your words.
All The News On The Biggest Games