Julie Taymor’s new biopic takes risks but not all of them pay off. 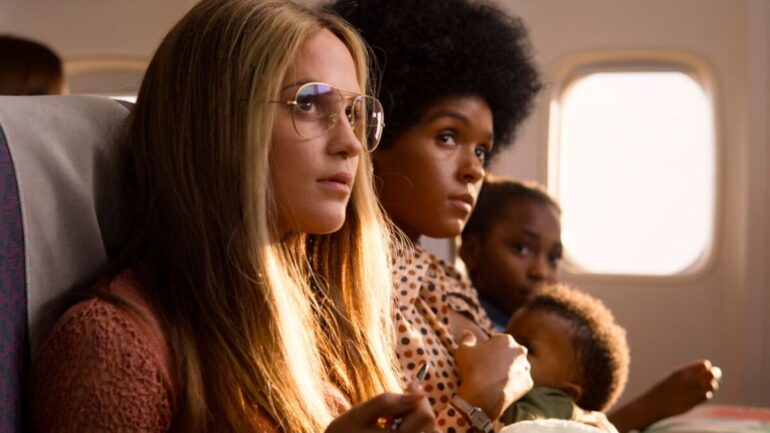 A quick skim of Gloria Steinem’s Wikipedia page will show that there’s more than enough material in her life to fill a ten hour mini series, so it’s no wonder that even at two hours and twenty minutes Julie Taymor’s new biopic The Glorias feels a bit like a jumbled highlight reel. The choice to show some events out of order, particularly in the first half, certainly doesn’t help make things clearer, but it’s a welcome attempt at making a biopic more interesting.

What makes The Glorias stand out even more from its biopic peers isn’t the non-linear timeline, but the fact that we get to see Glorias from different times of Steinem’s life sitting on a bus together and interacting. They ask each other questions, give each other nuggets of wisdom, and make each other laugh. These scenes don’t all work, but most of them do and they highlight some genuine change in Steinem as she aged.

The first hour or so jumps between Gloria’s life as a child with her carefree father (Timothy Hutton) and increasingly mentally ill mother (Enid Graham), and her time in India as a Chester Bowles Asian Fellow. This first half of the film feels like a variety of edifying experiences from Steinem’s life strung together to give us a sense of what made her into the woman she later became, but none of them really engage beyond being somewhat cute and a bit pedantic about their lessons.

Things become more engaging when young Gloria (Alicia Vikander) goes undercover as a Playboy bunny to write an exposé on the treatment of the bunnies at the clubs. Though this is the first of a few times that the audience is thrust into the middle of something potentially interesting, without any lead up or explanation for how we arrived there. We do get an explanation after the piece is published and skyrockets Gloria to fame as a writer, but what gets more attention is that the pretty female writer went undercover a Playboy bunny. This is essentially where the film reaches “the good part” and we start to see Gloria become more and more conscious of the mistreatment of women in a variety of ways and spaces in the US.

There are a few “aha” moments, some of which feel a bit too constructed for the screen, like when an older black woman at the March on Washington tells Gloria that white women need to stand up for themselves before standing up for anyone else. And another moment which feels almost superhero-ish is when Gloria finds her trademark aviator glasses and decides they’re “perfect.” But besides these, most of the big memorable moments and lines are so well documented that they don’t feel forced or unnatural.

In its latter half the film also gives us some highly stylized sequences. There is a surreal, brightly colored and wildly costumed theatrical sequence that reminds viewers that Taymor created The Lion King stage show. An animated sequence of the goddess Kali with her many arms based on the cover of the preview issue of Ms. Magazine, and a comically quick montage that plays like a fun commercial showing the reach of Ms. Magazine among women across the US. These flourishes of style make the film stand out as more than your average biopic.

But while the style and narrative inventiveness of the film keep it from being average, it’s also certainly not at all a critical look at Steinem’s life. Because there is so much that Steinem has done, it would be impossible to fit it all into a feature film. But given that the film finds time for some uninteresting childhood experiences, it is noticeable that there is not more space given to the criticisms she has received, and has sometimes grown from.

The film serves more as an entertaining hagiography than an educational tool, and because so much of it moves so quickly and things happen without explanation, it may leave those who haven’t skimmed Steinem’s Wikipedia page a tad confused. But after a bit of a rough start, it finds its footing and becomes an engaging biopic with just enough style so that the audience doesn’t forget they’re watching a Julie Taymor film. 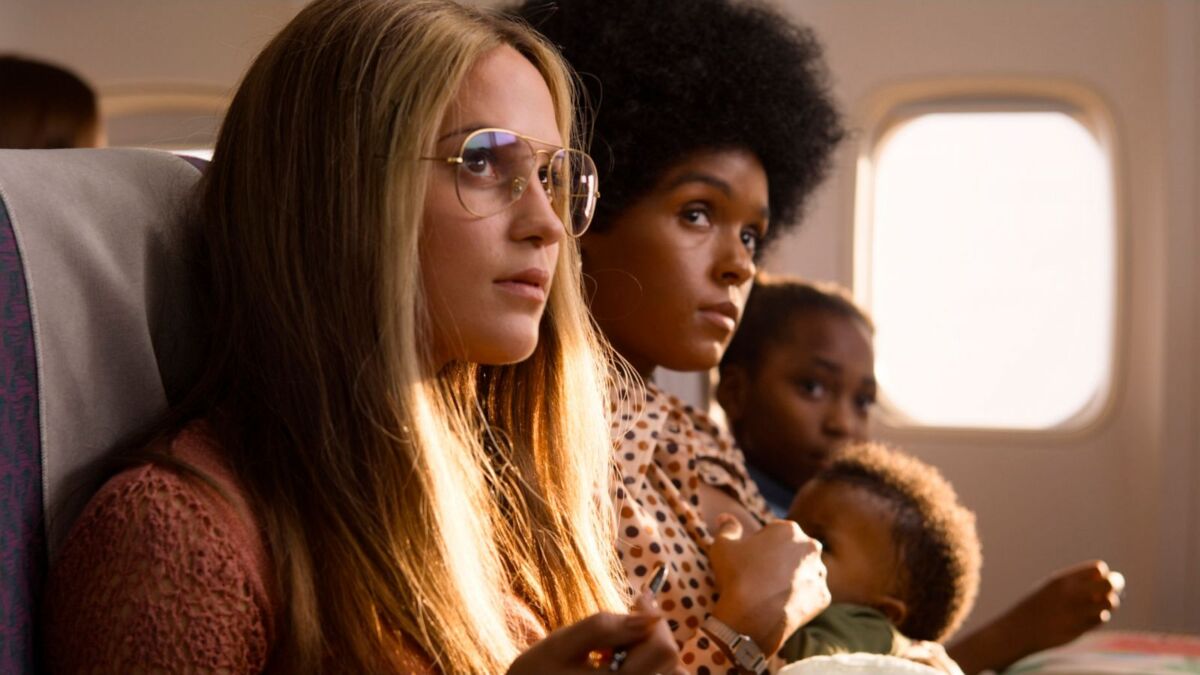 Verdict
The Glorias is a slightly messy hagiography that gets off to a rough start, but finds its footing in the second half.
6
Cultured Vultures is a pop culture website established in 2013 covering all things gaming, movies, and more. We eat your words.
All The News On The Biggest Games