The End Of The F***ing World: Season 2 REVIEW – The Kids Aren’t Alright 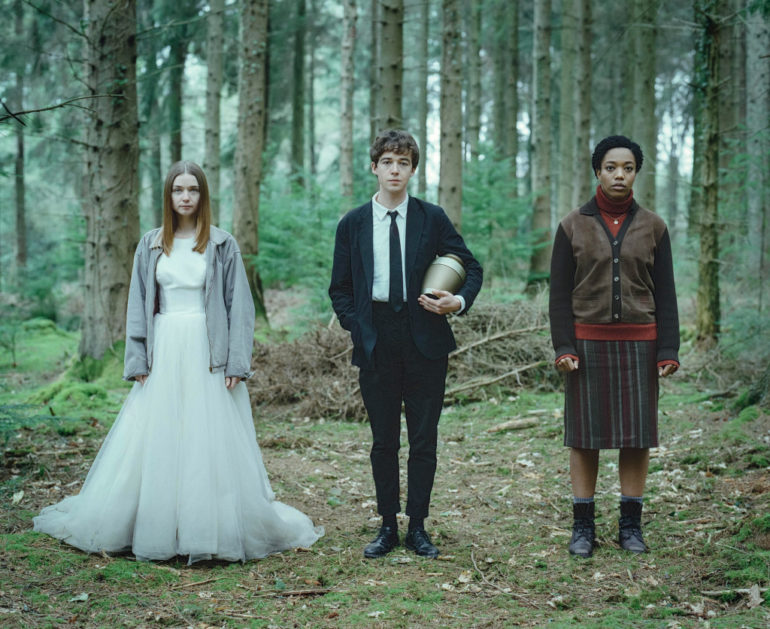 Cancel your plans. Two years after its first season hit, The End of the F***ing World is back, already up on All4 and soon to hit Netflix. It’s a series which is not only a hilarious, twisted delight but which, with its run of eight 25 minute episodes and its rapid pace, is highly binge-worthy.

The End of the F***ing World’s first season seemed to only have a small impact when it first aired on Channel 4 two years back, with most people only discovering it afterwards – either through Channel 4 spreading it all over their social media, or through Netflix picking it up.

For those who did watch it though it was an instant hit, a black comedy that feels incredibly unique, merging a Coen brothers-style plot with a very British, deadpan sense of humour, and which seemed to be crying out for a sequel after it’s abrupt cliffhanger ending.

Of course, the big question, when a second series was announced, was whether it could ever live up to the first. The original graphic novel it’s based on had already been entirely adapted throughout the first season, and the recent seasons of Game of Thrones have demonstrated just how quickly an adaptation can fall apart when it moves beyond the original writer’s material. And with the series’ marketing keeping their cards close to their chest on how that cliffhanger would be resolved, and whether James had survived, it remained a possibility that the central dynamic of the series would be completely altered in favour of some new, Killing Eve-lite story of Alyssa being pursued by newcomer Bonnie.

The second series doesn’t disappoint however – in fact, it might even top the first. After a premiere which quickly and efficiently introduces newcomer Bonnie, and how she relates to the events of season one, the series rapidly catches us up with both James and Alyssa, and everything they’ve been put though in the two years since we last saw them. Suffice to say, James isn’t dead, and before long the two are in much the same situation as before – on the road with a psychopath in tow.

The series retains the tight humour and style of the first season, with a soundtrack to die for, dialogue that sings with brilliant line after brilliant line, and side characters who range from the absolutely hilarious to the disturbing. From her introduction, Bonnie perfectly fits into the world and the style of the series – proving able, like James throughout much of the first season, to simultaneously be both sympathetic and menacing. Most of the first episode has you completely forgetting we still don’t know what’s befallen the two leads, as her backstory is so compelling and darkly funny on its own.

In spite of the series moving past the graphic novel, the writing remains as sharp as ever. We’re currently being treated to far more dark comedies in the TV landscape these days, with the likes of Fleabag and Bojack Horseman enjoying huge levels of success. Nevertheless, this remains a series that feels very different when it comes to the sardonic, deadpan delivery of its dialogue, and in its focus on teenagers and their coming of age, rather than the more complicated, adult relationships of those other shows.

Though the writer of the original novel is American, it’s a series which feels very much at home with its British setting and cast, always feeling understated and down to earth while also having a far more quirky, outlandish plot that you’d probably never find in a more “adult” series. It’s very much a teen drama, but one that feels like it owes far more to the likes of Misfits or The Inbetweeners than something like Riverdale, swapping the usual clichés of teen romance for a far more realistic feeling story of disaffection, of not being understood, and of not knowing where the hell you’re going with your life.

Where the series excels most, however, is in its character work, and the way it fleshes out its two leads, played pitch perfectly by Alex Lawther and Jessica Barden respectively. Lawther is as brilliant as ever at being “all anxious and sad”, though this is a role which seems pretty much identical to his other high-profile work in stuff like Black Mirror and Ghost Stories. Indeed, it does seem almost a step down from what he was given in season one, where there was a good deal of time spent making it seem like he genuinely was a psychopath who might well end up murdering his loudmouth companion.

Barden might just be the more versatile actor, and it’s Alyssa who goes through the most growth throughout season 2. It’s her character who finds themselves most torn over their future path, whereas all the others pretty much know what they want at this point. Barden does a great job of portraying someone just as confused and impulsive as Phoebe Waller-Bridge’s Fleabag, but who at the same time is not about to be stepped over by anyone.

Both she, and the writing as a whole, are most impressive however when it comes to dealing with the fallout from the death of Dr Koch, the oh-so-creepy killer that the two dispatched in the first season. He may be gone, but his presence looms large over everything that takes place in the new season – from Bonnie’s motives for going after them, to the guilt and self-loathing increasingly apparent in Alyssa.

The aforementioned Fleabag and BoJack have both received huge plaudits for how they deal with trauma, PTSD and mental health issues, and rightfully so – Fleabag was, alongside Chernobyl, one of the best series of 2019. But at the same time, The End Of The F***ing World really effectively demonstrates how a series can portray these issues in more less overly dramatic ways, while still hitting just as hard.

The scenes in the final episode, where James is convinced Alyssa has already done something terrible and starts flashing back to his own mother’s suicide, are just perfect and utterly heart-breaking. And they’re done with barely any dialogue or internal voice relating what the character is thinking, because that’s simply not needed. All we’re given is a close up on him and his obvious panic, replays of the scenes featuring his mother from the previous season, and the understanding we already have of these characters, and we’re already given everything we need to know – not only to understand his panic but also to feel it ourselves.

That the series manages to weave this kind of character development and relatability into stuff which is, on the whole, far less serious and more out there than the likes of Fleabag, is a real testament to the skill and vision of the creative team behind it. There’s been few other series recently with characters as instantly likeable as these – especially considering how fundamentally messed up they all are.

The one downside when it comes to The End Of The F***ing World is just how easy it is to race through. The show’s creator Charlie Covell, who previously appeared in Peep Show and Misfits, confirmed that this would indeed be the last season, with all major plot threads having been largely tied up by the end. But while it will no doubt be missed by fans of the show, the ending to the second season does feel much more final than that of the first, and it would have been far more of a shame to see such a fun show get dragged out past its sell-by-date. 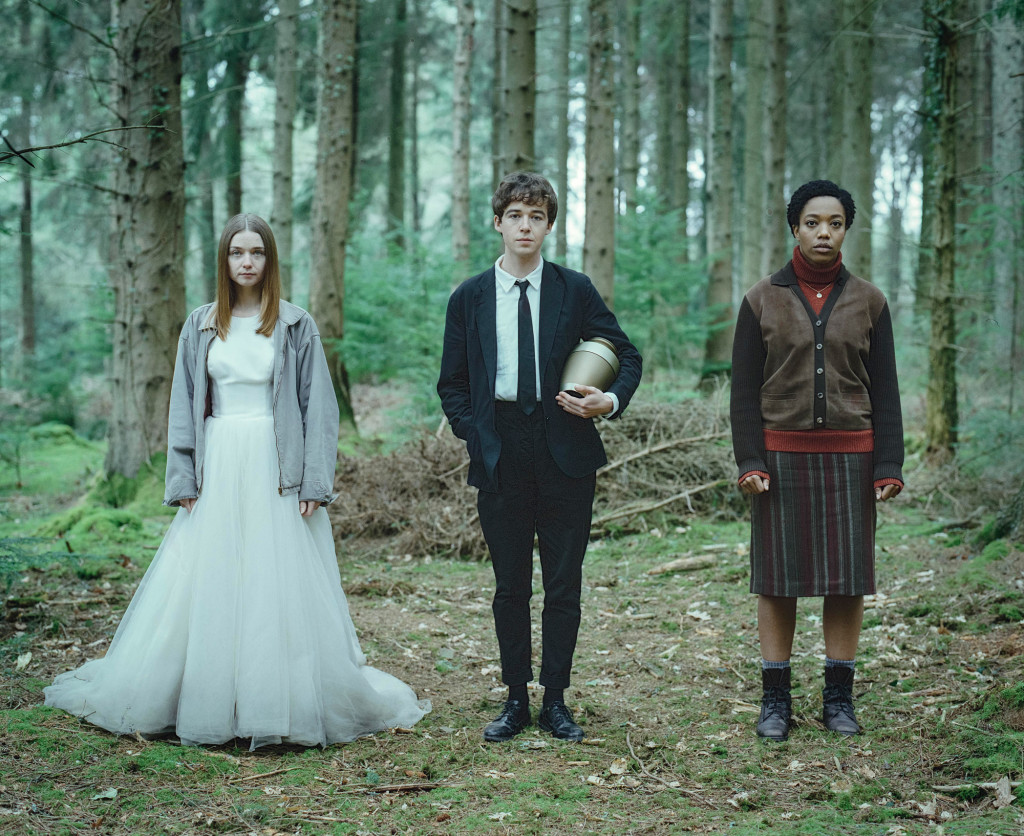 Verdict
A fast-paced, highly bingeworthy series that manages to be both nihilistic in its humour and incredibly sweet in how it develops it’s characters, this is a fun and unique show whose second season manages to maintain the quality and execution of it’s first.
10
Cultured Vultures is a pop culture website established in 2013 covering all things gaming, movies, and more. We eat your words.
All The News On The Biggest Games