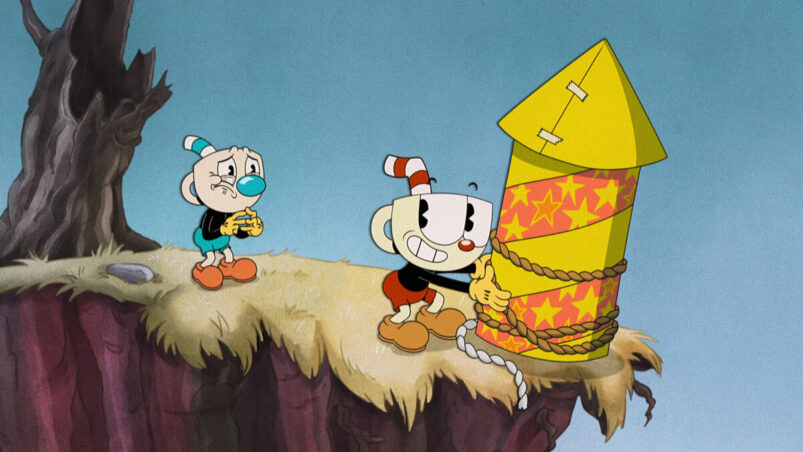 The Cuphead Show’s first season received mixed-to-positive reviews from critics, with many praising the show’s visual appeal but criticizing its lack of substance. However, many cartoons like The Simpsons and Bob’s Burgers failed to stick the landing during their first season, only to win both the critics and audiences over the more they went on. There’s no reason The Cuphead Show can’t do the same.

Sadly, while the second season is certainly better than the first, it’s just not good enough to be considered as a must-watch for any viewer, fan of the video game or not. Still, thankfully, The Cuphead Show’s second season features significant improvements over the first.

It’s refreshingly less obnoxious. The episodes still have the occasional loud, wacky sound effect, and uncanny facial expressions, but more time is dedicated to witty and fast-paced jokes based on the situation and environment. At its best, the season feels like a madcap Hilda meets Looney Tunes — cartoony humor mixed with whimsical fantasy settings and characters.

Cuphead and Mugman are more unique characters here, no longer feeling interchangeable like they did in the first season. Mugman, especially, is given a far stronger personality, with the season really leaning into his goody-two-shoes and well-behaved-freak tendencies. His actions and dialogue feel specific to him, unlike before when half of his actions and dialogue felt like they could’ve easily come from Cuphead.

The new characters easily outrank the old ones, too. Nearly every episode features a new character for Cuphead and Mugman to partake in zany antics with and the cast of characters in this season are more interesting and entertaining than from the previous season, making for funnier and more memorable episodes.

The animation is, of course, gorgeous. This was Season 1’s biggest strength and Season 2 features even stronger animation, with some of the frames feeling like they deserve to be blown up, printed, and hung on a wall. Many scenes from this season are straight up mesmerizing because of how detailed and well-animated they are.

One tidbit I especially enjoyed was how the characters’ eyes would be completely black like in an old newspaper comic whenever there was an extreme long shot. Animation fans may remember this technique being used in Hilda as well and it’s just as endearing here as it was there.

All of these make The Cuphead Show a more enjoyable experience the second time around, but unfortunately, the bad still outweighs the good. Season 2 may have a larger number of good episodes compared to Season 1, but that doesn’t mean it has enough. While none of the episodes are terrible, more than half of them are there just acting as filler.

The show no longer has an overarching plot like the first one had, and while the episodic format fits it nicely, the mediocre episodes don’t offer anything worth latching on to aside from stellar animation. They’re so tepid they feel like they’re just there for the season to reach the episode count. It’s a shame, too, because the good episodes are, well, good.

None of them are fantastic but they’re funny, imaginative, and short enough to be likable. A particularly notable one is the third episode, A High Seas Adventure!, where Cuphead and Mugman get roped into a mission to help a pirate reunite with his sweetheart. The jokes land, the characters are likable, and the video game references never feel forced. It does its thing, is charming, and leaves before it overstays its welcome.

However, these episodes also feature characters and settings you know will never return for another episode, so it’s hard to get too invested in any of them. Inkwell Isles never feels as solid a setting as other animated towns like Springfield and Bikini Bottom. The only characters that feel familiar are Cuphead and Mugman and the only place that feels familiar is their home. Why care about characters like Captain Brineybeard and Baroness Von Bon Bon when you know you’ll most likely never see them again?

This is an even bigger problem because the central duo just aren’t interesting enough to have a show revolve all around them. Cuphead and Mugman can’t carry the show alone, and really, they shouldn’t have to. Neither did SpongeBob and Patrick. The SpongeBob SquarePants show featured a large set of likable recurring characters like Sandy, Squidward, and Larry the Lobster. The Cuphead Show suffers from trying to cram in as many characters from the video game as possible into the show, ultimately sacrificing familiarity and fully defined side characters.

While certainly less obnoxious than Season 1, Season 2 is still occasionally so, especially during the filler episodes. These episodes seem to think the crazier the sound effects or the weirder the facial expressions, the funnier they become. It really is annoying especially when the episode already features such a lackluster plot like “Cuphead and Mugman chase a rat around their house”. Not only do these occurrences grate on you, they’re also reminders that the episode you’re watching lacks a creative enough set-up for jokes to arise naturally.

The Cuphead Show’s second season definitely shows improvements from its first season in terms of creativity, humor, and character building, but they’re not enough to really call this a good season. Perhaps if it had fewer episodes, it’d be easier to recommend, especially for its animation which is absolutely amazing at times.

Unfortunately, this season is too inconsistent in quality to make it stand out among the numerous animated shows currently ongoing. If you’re looking for an animated show with more to offer than just visual appeal, you can do worse than The Cuphead Show — but you can do a lot better than it, too.

READ MORE: 15 Best Shows To Binge-Watch Over A Weekend 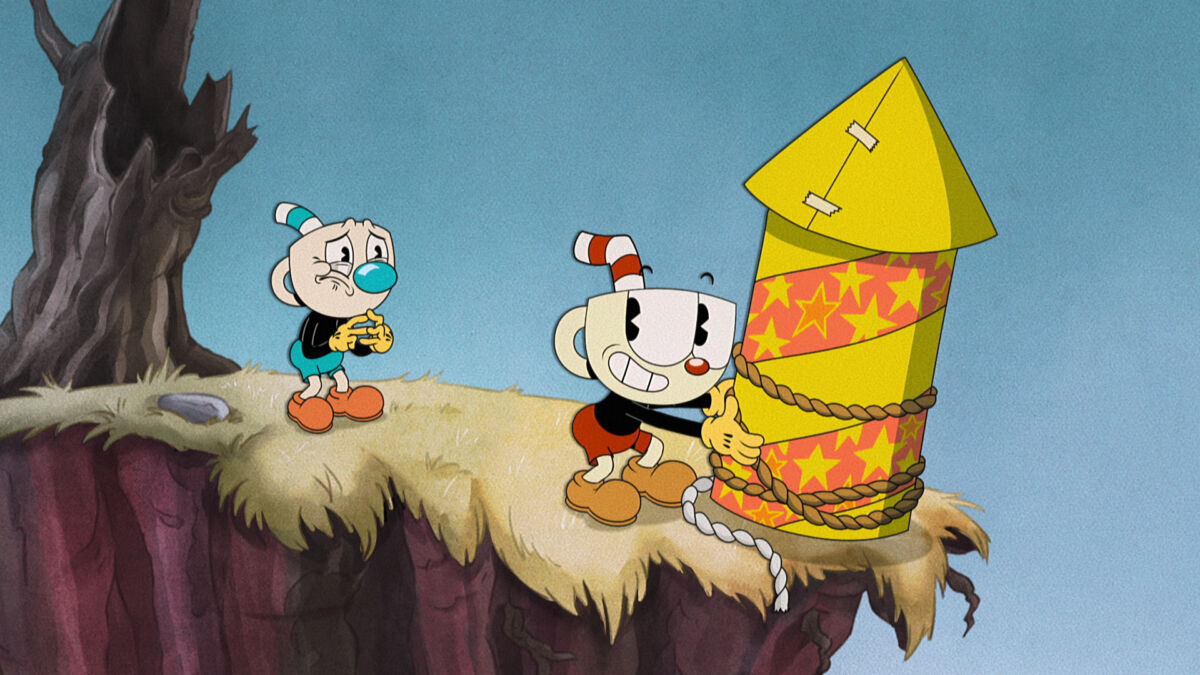 Verdict
The Cuphead Show continues to boast stunning animation with its second season and even a couple more laughs and likable characters but still feels too lackluster and insubstantial to be worth watching.
4.5
Cultured Vultures is a pop culture website established in 2013 covering all things gaming, movies, and more. We eat your words.
All The News On The Biggest Games