Not the finest china. 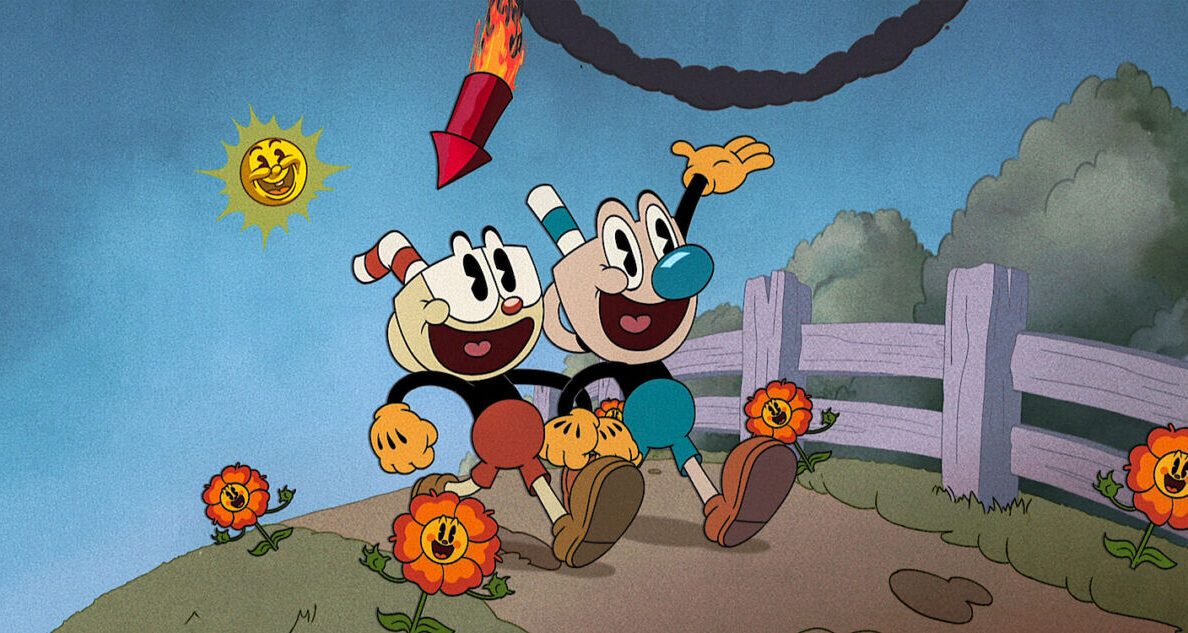 If you’re into the indie gaming scene, you’ve most definitely heard of a run-and-gun game called Cuphead. Released in 2017, StudioMDHR’s game has since become one of the most beloved indie games ever, with many praising it as one of the greatest indie games of all time. The hype surrounding the Netflix show only made sense considering how popular the indie game is, and with the game already having a large cast of characters and an art style seemingly perfect for a cartoon show, The Cuphead Show should’ve been an easy success, both in popularity and in quality.

Unfortunately for both fans of the show and anyone unfamiliar with the game but interested in checking the show out, The Cuphead Show doesn’t have much going for it to really consider it a must-watch show. The first episode is great — many of the jokes land, the Devil gets a really fun song, and the episode ends with the impression that the stakes are only going to get higher from this point onward.

However, the eleven remaining episodes fail to live up to the expectations set by the show’s pilot. If anything, the stakes practically become non-existent the more the episodes go on. You’re never really invested in Cuphead’s and Mugman’s adventures because you know there’s nothing really at risk, and even if you only stay for the humor, the show doesn’t have much going for it in that department either, often overcompensating with too many sound effects and uncanny facial expressions.

Occasionally there’ll be a good joke or a scene where the animation really shines, but for the most part, The Cuphead Show just doesn’t have enough substance to warrant watching past its first few episodes. Given its source material, the show should’ve at least been fun, but the more the episodes go on the less and less The Cuphead Show is able to justify its existence.

The show doesn’t even bother to try to follow the main plot of its source material. In the game, Cuphead bets his and Mugman’s souls with the Devil in a casino game and loses. The Devil tells them he might spare them their souls if they’re able to collect the “soul contracts” from his runaway debtors before midnight the next day, and as such, Cuphead and Mugman fight boss after boss hoping to collect every soul contract before the deadline.

In the show, the writers opt for a carnival setting instead of a casino, which is understandable, given how a casino setting would’ve been somewhat inappropriate for a younger target. It’s also only Cuphead who loses his soul through a skee-ball game and not through rolling dice. However, the show then makes a change that’s very much a headscratcher — Cuphead and Mugman escape the Devil before he can collect Cuphead’s soul, and instead of them collecting soul contracts, the main plot is now the two boys trying to make sure the Devil doesn’t find them and collect Cuphead’s soul.

I call this the main plot but in actuality, only 4 out of the show’s 12 episodes actually focus on this storyline. The show can’t seem to decide if it wants to be a SpongeBob Squarepants type of cartoon where there’s a different storyline with every episode or an Over the Garden Wall type of cartoon where the episodes all connect and contribute to an overarching plot.

Certainly, you can be both, much like how Gravity Falls had its overarching mystery while still having episodes that felt very self-contained and monster-of-the-week. The difference here is that Gravity Falls’ self-contained episodes were all good in their own right, never letting their monster-of-the-week nature get in the way of being a fun, exciting, and memorable episode.

These episodes also make the main plot more confusing, because what exactly is the Devil doing when Cuphead and Mugman are off participating in a one-off plot? We find out later that the Devil can just magically appear wherever the two main characters are, so why isn’t he there when Cuphead and Mugman are taking care of a baby, trying to escape a creepy graveyard, or attending a party in their own front yard?

Still, filler episode or not, the show has very little to offer in terms of humor, excitement, or charm. Cuphead and Mugman are not very well-defined characters. Cuphead is impulsive and overconfident while Mugman is hesitant and a bit of a wuss, but aside from that, there’s very little to differentiate these two boys. They’re both naughty, they’re both loud, and they’re both sarcastic. It got me wondering, aside from name recognition, why is this show even called The Cuphead Show? Mugman feels just as much a presence as Cuphead is in this show.

This is especially a problem because Cuphead and Mugman are the only two characters that regularly appear. Where cartoons like SpongeBob SquarePants and The Fairly OddParents have numerous recurring characters with different personalities that work well together comedically, The Cuphead Show has a new character for almost every episode — but really, they all serve the same purpose: to be annoyed by Cuphead and Mugman’s antics. The most fun you’ll have with them is recognizing them as characters from the video game.

And while the show isn’t very funny, it sure is noisy. Characters say things in a very loud manner as if what they’re saying automatically becomes funny if they do and almost every shocked or angry expression has a sound effect to go with it. The characters also occasionally make these strange facial expressions that are supposed to be funny but in all honesty, just don’t look right.

Finally, if you’ve been following news on the show, you’re probably aware of the character Ms. Chalice. She’s part of an upcoming Cuphead DLC, she’s featured in the show’s trailer, she’s on the Netflix thumbnail for the show, and she’s even in the show’s intro. However, in the actual show, she doesn’t appear until the very last episode. The promotional material makes it seem like she’s this important and prominent character but she gets less than 10 minutes of screentime throughout the entire show excluding the intro.

All in all, The Cuphead Show is a greatly unremarkable show spun off from an extremely remarkable game, often feeling too derivative, annoying, and, worst of all, boring. For fans of the video game, you’re better off playing that again. For animation fans, the show may be visually appealing but there is very little in terms of substance to keep you fully invested. And for kids, there may be something here, but given how Netflix has offerings like Hilda and Carmen Sandiego, it’s hard to really see what makes this one stand out from the crowd. 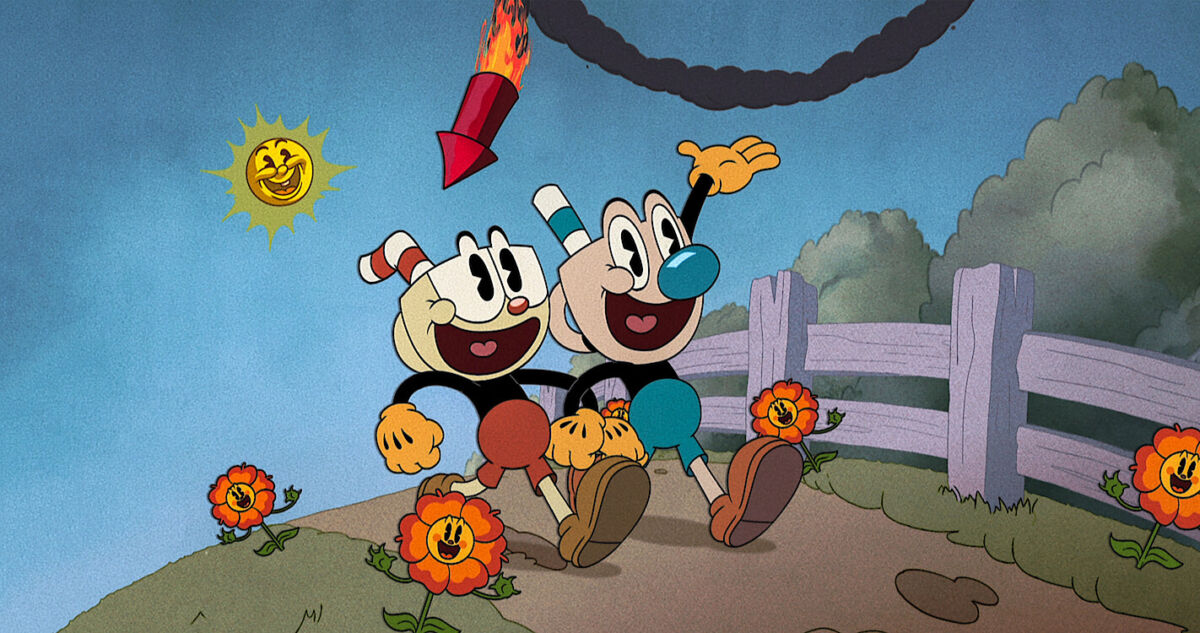 Verdict
The Cuphead Show starts off great with a funny and exciting first episode only to fall completely flat with its second episode, never being able to recover from that point onward.
3
Cultured Vultures is a pop culture website established in 2013 covering all things gaming, movies, and more. We eat your words.
All The News On The Biggest Games