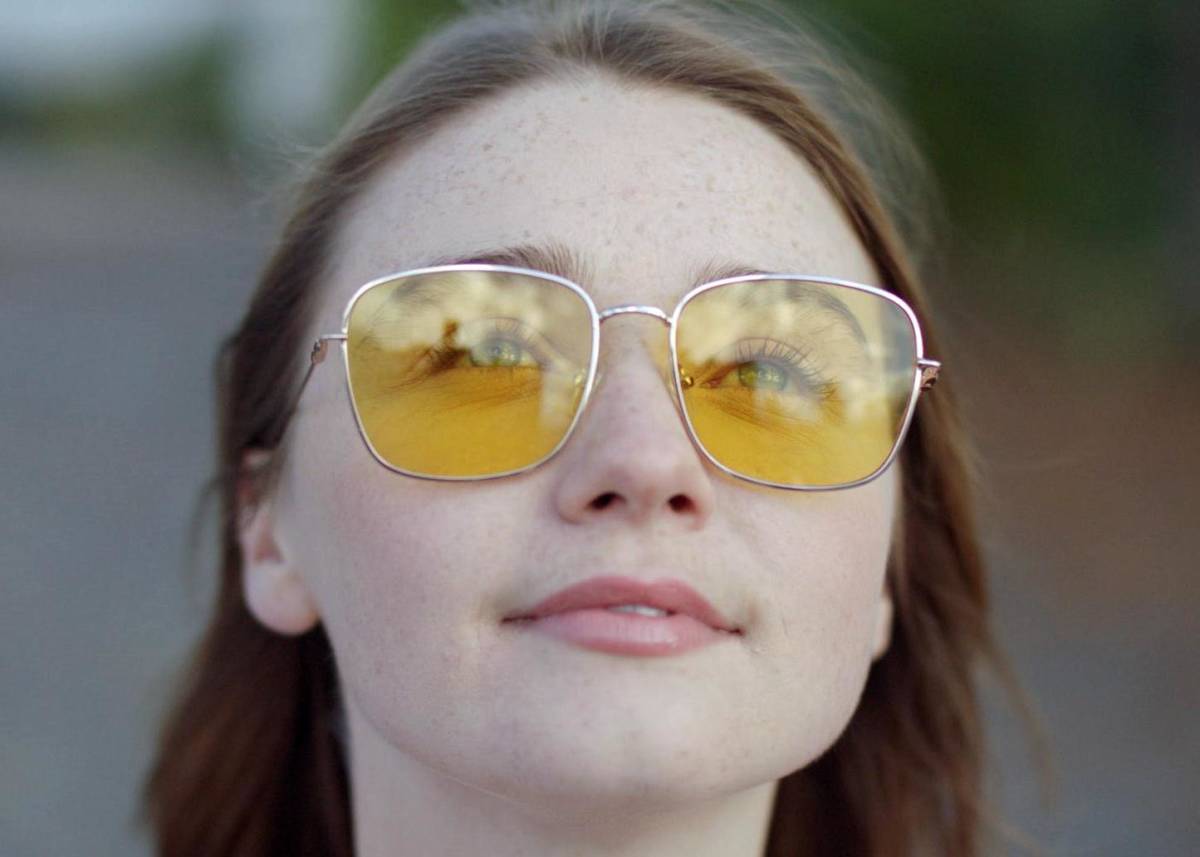 Brett Dier and Camilla Mendes sat down with Cultured Vultures following the world premiere of The New Romantic at the 2018 SXSW Film Festival. Brett’s phone had been mistakenly taken by co-star Jessica Barden in the half hour leading up to the interview.

Thanks for joining us.  How are things treating you aside from phone issues?
Brett Dier: My phone was stolen by Jessica, who plays Blake in the movie, apparently, so I got it back and it’s okay. You saw the movie?

Yeah.
Brett Dier: Awesome. What did you think?

Brett Dier: You did?

It’s a blur when you see a gazillion movies during the festival.
Camilla Mendes: Ours is the one that starred an ostrich.

Brett Dier: There was an ostrich in the film.

Camilla Mendes: We’re talking about the same one, right?

Brett Dier: It was played by Daniel Day-Lewis.

Camilla Mendes: He became that ostrich.

How much of a thrill is it to premiere the film at SXSW?
Brett Dier: It’s so much fun.

Camilla Mendes: It’s so fun because the turn-around was so fast with this movie. It feels like we shot yesterday. Watching it was so surreal.

Camilla Mendes: I’ve never seen my face that big on screen before.

Brett Dier: I haven’t either. I haven’t seen my face that big either. Maybe my face grew.

Your TVs aren’t that big?
Brett Dier: No, wouldn’t that be cool, though? It would be overwhelming.

Camilla Mendes: If we all had movie rooms in our homes…

Both of you are working or have worked on television series so what goes into deciding which projects to take on during the hiatus?
Brett Dier: Yes.

Camilla Mendes: Both on the CW.

Brett Dier: That’s a good question. Do you want to answer it first?

Camilla Mendes: I’ll answer first only because I didn’t shoot this over our hiatus. They gave me one day off. I just needed to shoot it over the weekend. Here’s your Friday so you can travel, shot it Saturday/Sunday, and went back Monday. It was a tough one to get away with but we did it.

Brett Dier: Well, it depends where you are in your life. Where I was in my life was I was really looking forward to doing a project that had creative freedom and have improvisational things. That was one thing that drew me to it. I also really liked the script a lot and I was looking for different stuff and material. I liked Carly because we had a Skype meeting. She was great and I liked her vision and everything. She’s super-talented.

Camilla Mendes: I think the goal is do something that’s different from what you’ve been doing. I don’t know how long you shoot for. We shoot for ten months. Not that you get tired of playing that character – it’s still fun but you kind of forget that you have all these other characters you can play. I need to spice it up and remind myself that this is my part. I get to different things. That being said, I don’t think there are a lot of similarities between Veronica and the character that I play in this film, Morgan, because they’re both confident women. They exist in worlds and projects with entirely different tones.

Did you sign on before Haley did?
Camilla Mendes: It’s funny, we didn’t even know. We didn’t know we were both in this film until she called me and she’s like, are you doing The New Romantic? I was like, yeah, are you? This was a few days before I went to go shoot. We just freaked out. I’m shut up, you’re playing that character! When I read the script, I loved the character, Nikki.

Camilla Mendes: I was like, Oh my gosh, I’m so happy that they cast you in that role because you’re going to be perfect for it.

Would any of you go as far as to do what Blake does to try and win a journalism award?
Brett Dier: I personally wouldn’t but that’s just me.

Camilla Mendes: I’m not going to say I wouldn’t. I don’t know what that would feel like to be in her situation with student debt that you have to pay off. When it comes to my career, I consider myself a very ambitious person. I will go to extremes to do what I love. For Blake, for her it was more of a personal story than it was becoming a sugar baby. You know what I mean? I think she went as far as she could go and then she realized what the limit was. That is like her final moment of realization, where she realizes what she doesn’t want.

What’s next as far as projects go?
Brett Dier: I just did a sitcom pilot which I’m really excited about. I have to wait until May 15th to see if it gets picked up. That’s a long time.

Brett Dier: I’m really excited. It’s called History of Them. It’s from the people — have you heard of One Day at a Time on Netflix? It’s a cool show. And then How I Met Your Mother is the producers that do it so it’s got really cool people involved. The script is hilarious.

Camilla Mendes: That’s great! I feel like you’re going to be really good in that.

Brett Dier: Thanks! I hope so. It’s live in front of an audience, which is terrifying.

Camilla Mendes: We were just talking about things where you’re improvising for fun and that seems like the perfect place to do it.

Brett Dier: It is. They let me do that.

Thanks again for your time and congrats on the film.
Brett Dier: Of course.

The New Romantic premiered at the 2018 SXSW Film Festival.