Streets Of Rage 4 (Switch) REVIEW – A Coming Of Rage Tale

A fantastic comeback, 25 years in the making. 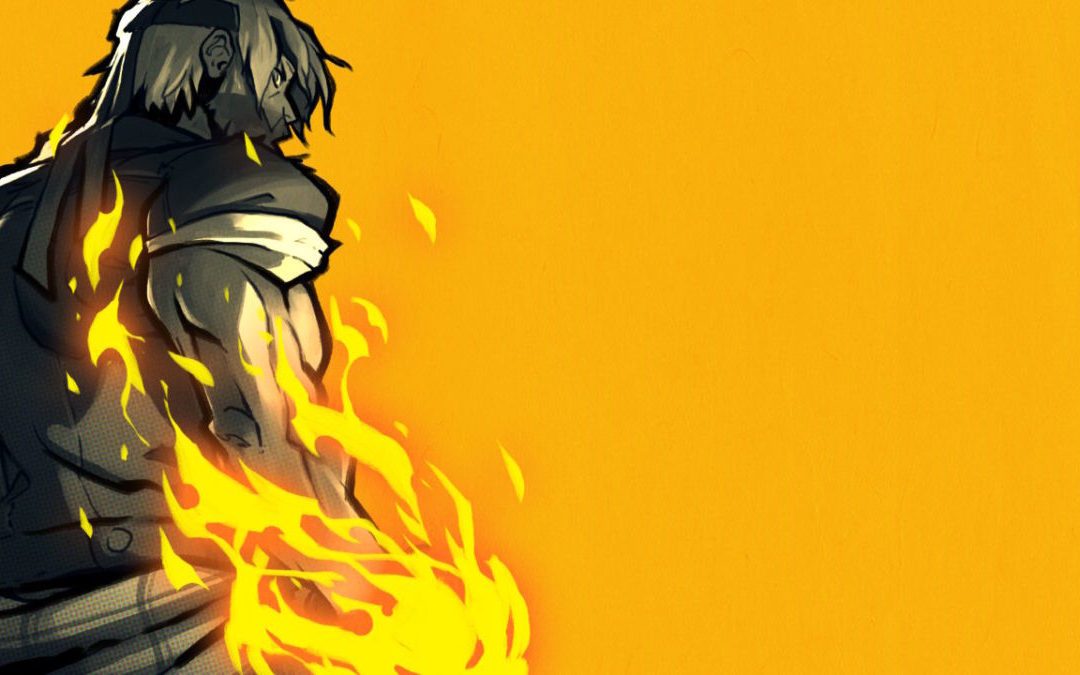 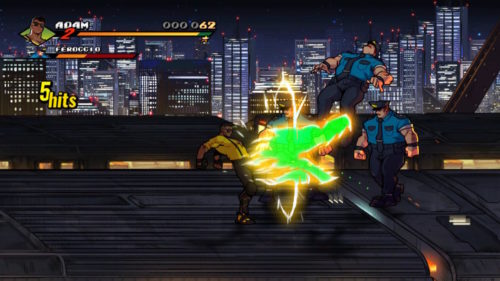 Fans of old school beat ‘em ups often found themselves placed into one of two camps: Streets of Rage or Final Fight. It’s a rivalry that’s as intense as Ryu vs Ken, Everton vs Liverpool or Team Edward vs Team Jacob. For the longest time, I considered myself to be a Final Fight lifer, but now I might have become a Streets of Rage convert.

After becoming one of Sega’s most successful franchises between 1991-94, no new games were released for over 25 years. The series has been on hiatus, content to appear on various retro collections and occasional re-releases, but that changed when Sega handed the reins to the series off to Dotemu, Lizardcube and Guard Crush Games. Together, they’ve created Streets of Rage 4, and not only is it a series best, it’s arguably the best modern beat ‘em up on the market. 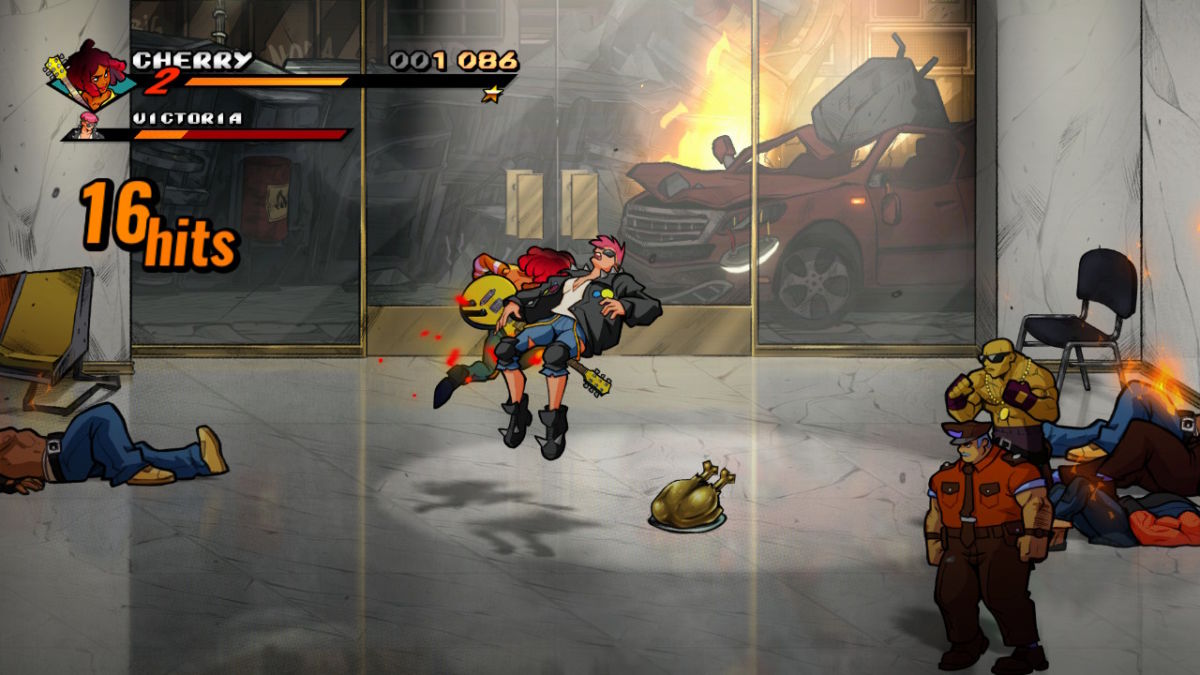 Set 10 years after the events of Streets of Rage 3, Blaze Fielding and Axel Stone team with newcomers Cherry Hunter, daughter of unlockable character Adam Hunter, and Floyd Iraia, a cybernetically enhanced powerhouse and apprentice of Dr. Zan, to take down the Y Twins, the children of original trilogy baddie Mr. X..

For anyone who’s a massive fan of the Streets of Rage series, you’ll appreciate the story nods, returning characters and easter eggs for the series as a whole, but for everyone else, the story is a bit of a flimsy excuse to bash some skulls in. The artwork looks pretty, but you’ll be skipping cutscenes before long to head straight to the good stuff. 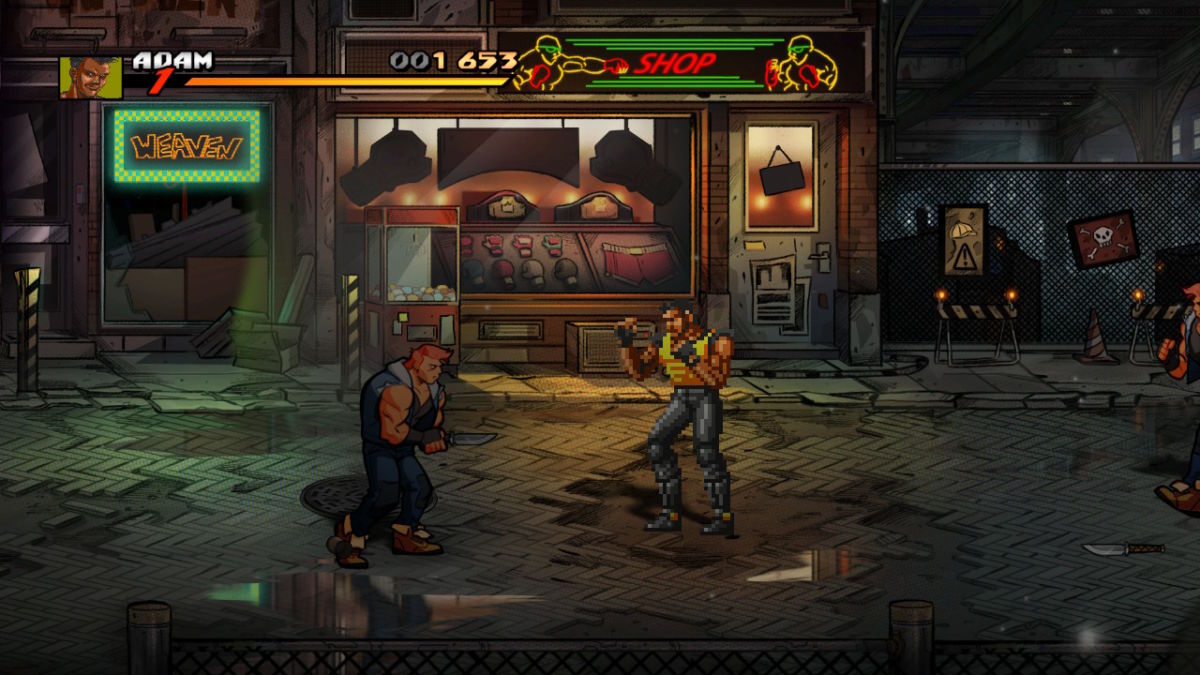 The gameplay is pretty much what you’d expect from an old school beat ‘em up, as you move from left to right laying the smackdown on thugs, fools, hoodwinks and delinquents. However, instead of resting on the laurels of what came before, there are a couple of interesting twists. Y controls your basic attacks, while X activates special attacks. B is to jump, A is for picking up and throwing items and getting close to your enemy initiates a grab. You can also map the triggers to perform back attacks and Star Attacks.

While that’s a formula that’s been implemented since the series’ inception, the developers have improved the core blueprint in a number of ways. Firstly, special attacks follow the old school beat ‘em up rules of costing health to perform, but instead of that lost health being gone forever, a portion of your health bar will turn green. Hitting enemies with regular attacks will replenish that green health, while taking a hit will wipe out both your temporary health and whatever damage the attack deals out. 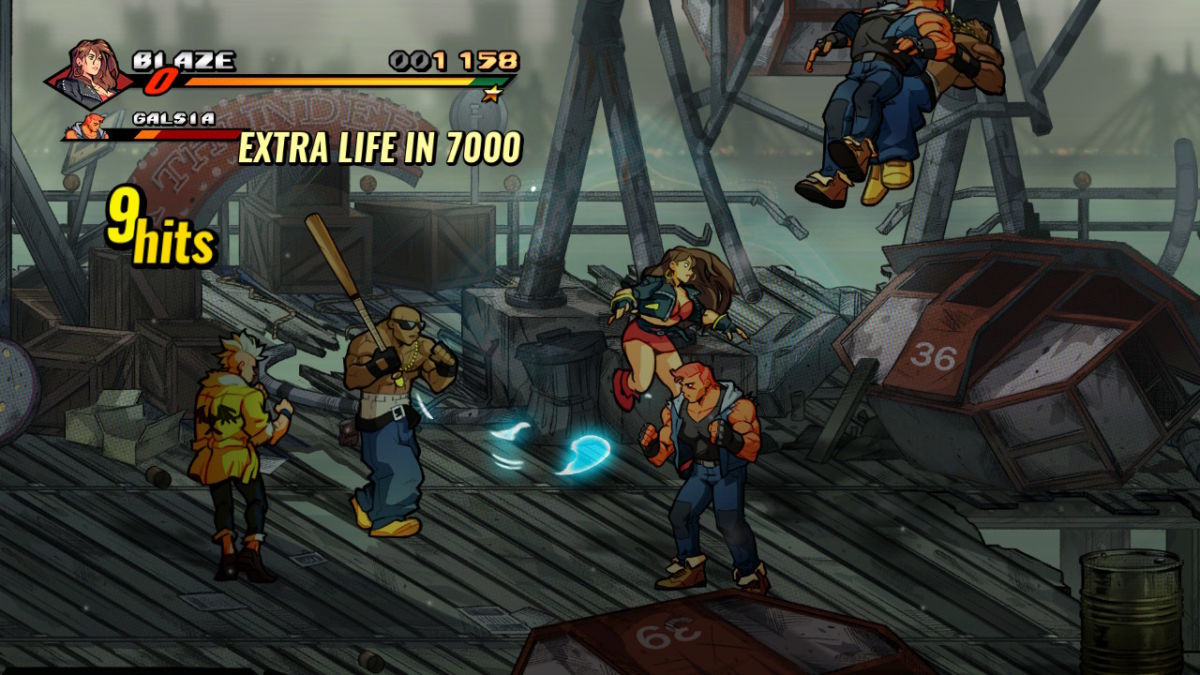 Instead of special attacks becoming last ditch investments, as you sacrifice a portion of your vitality to escape from a fight relatively unscathed, Streets of Rage 4 adds a risk/reward element to their usage. Players can gamble big on spamming special attacks, but they’ll be susceptible to one solitary hit dealing huge damage. If you’re good enough to avoid taking hits, you’ll find way more opportunities for combo potential.

Secondly, players have way more moves at their disposal than in other beat ‘em ups. On top of your basic combos and jumps attacks, players have three special attacks that they can utilise. The defensive attack, which is just pressing X, is great for clearing space, while the offensive attack with forward and X is a great combo extender/ender, dealing massive damage to any stood in your way. There’s also a jumping special attack, which has different properties depending on the character you’re playing. 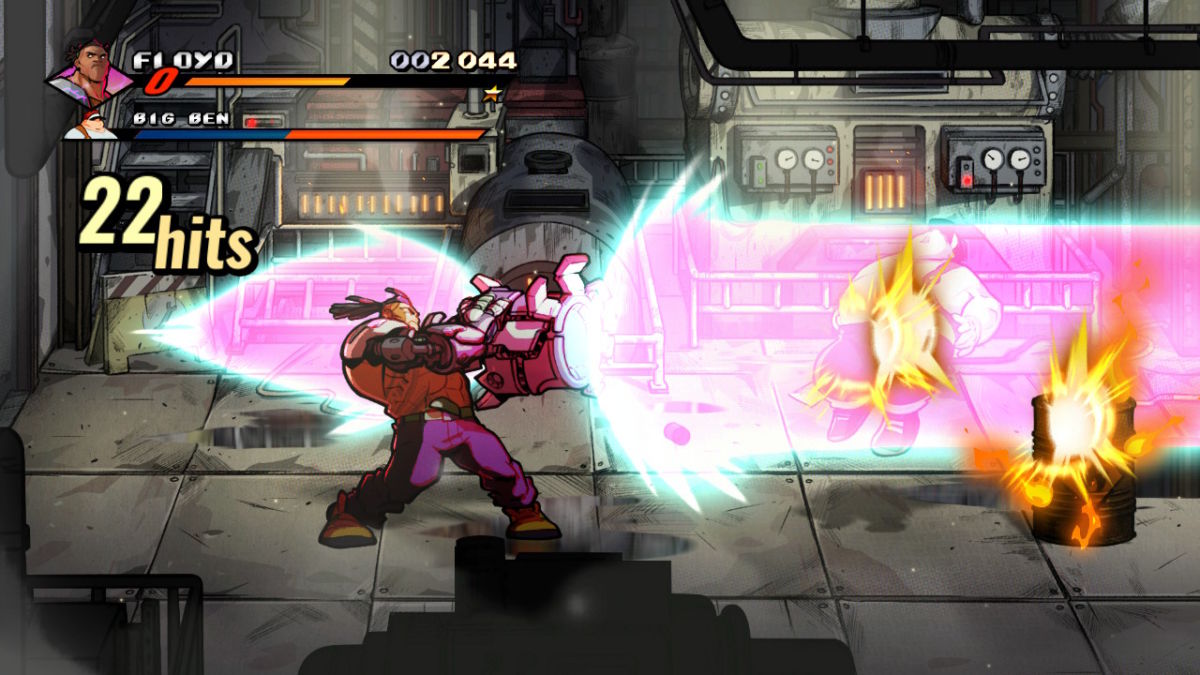 Beyond that are the wealth of moves you have access to while grabbing an opponent, and blitz attacks, which can be activated by double tapping forward and pressing Y, which are also useful for adding to and finishing combos. There are even limited Star Moves, which decimate all nearby enemies, and are, you guessed it, great combo enders. The arsenal you have at your disposal puts Streets of Rage 4 far above most beat ‘em ups as it creates some truly satisfying gameplay.

Another plus point is how different the characters feel from each other. While Axel is your typical all round pugilist, other characters have their own unique abilities that add to the gameplay. Blaze can use aerial specials to dominate the skies, while Cherry can double tap forward to sprint and can also jump off of enemies’ shoulders to avoid damage. 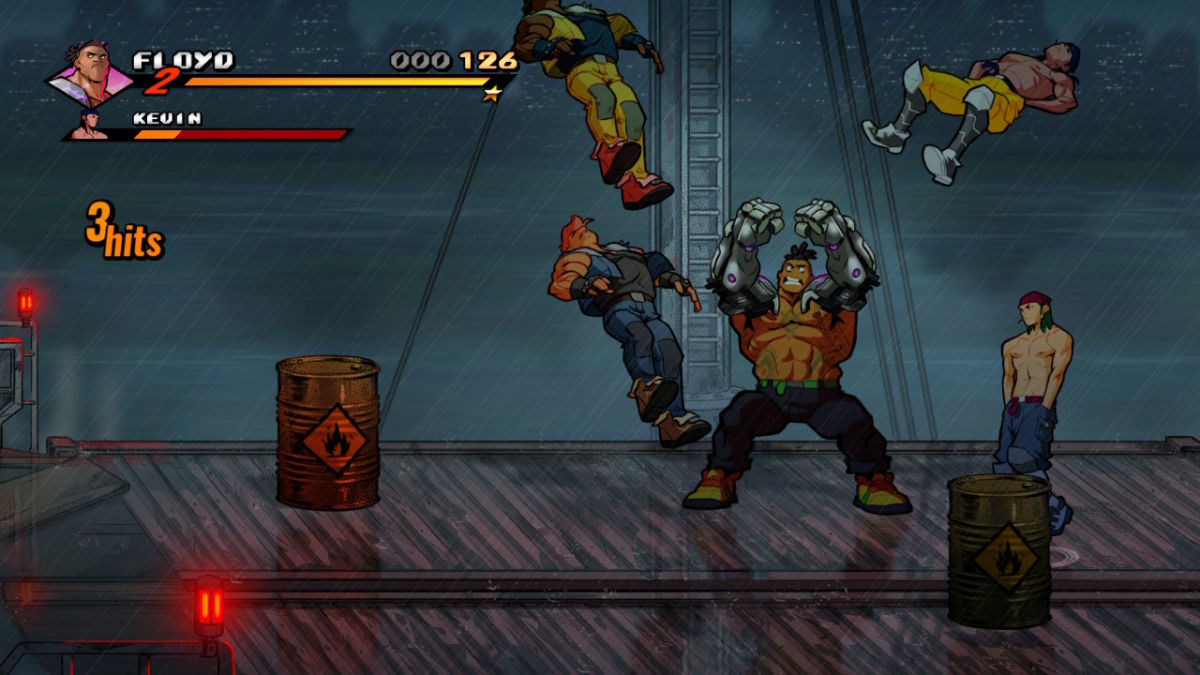 Adam utilises a special dash when double tapping forward, which can be used to switch sides with an enemy and establish pressure, and Floyd uses his enhanced strength and cybernetics to carry opponents, even slamming two together like the big burly man he is. The core differences between the characters makes choosing your brawler more than just an aesthetic choice, though if you want to mash buttons until the enemies fall over, that’s also a valid option.

The developers have also made juggle combos easier to perform, adding to the satisfaction that comes with playing the game. It’s now easier than ever to extend combos when the enemy is in the air, especially when playing co-op. Throwing an enemy into the air only for your partner to combo as they’re defenseless is an utter joy. 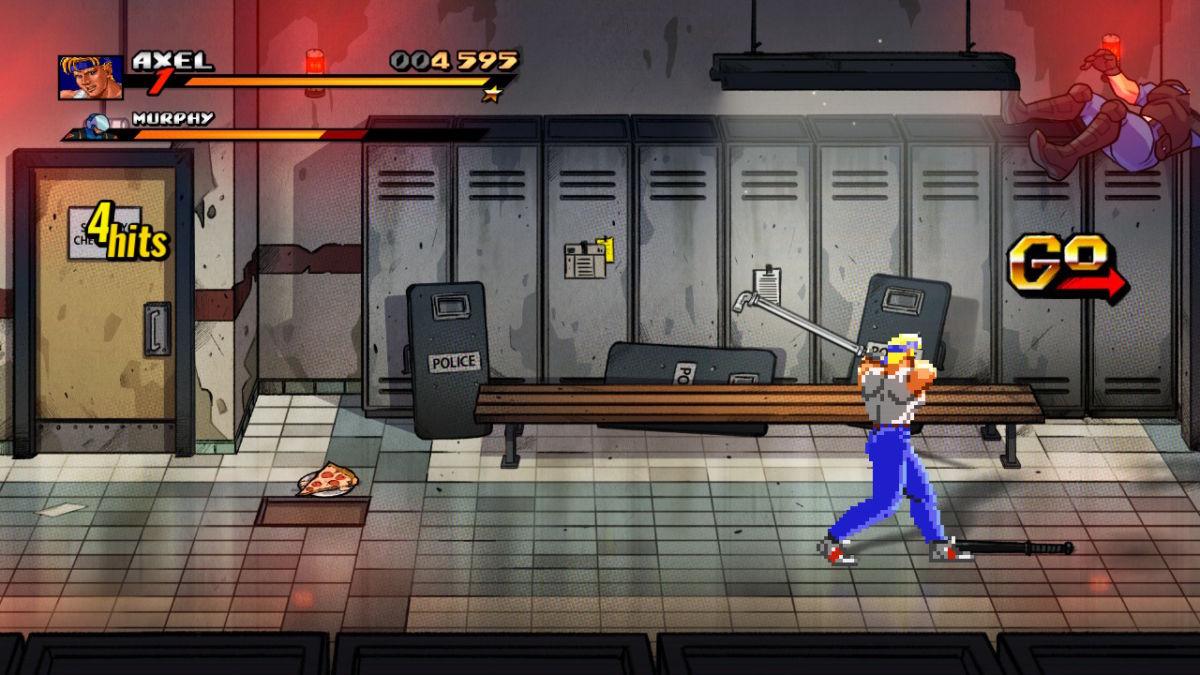 Perhaps Streets of Rage 4’s most interesting addition is the inclusion of retro character sprites. As you earn points by completing levels, you’ll slowly unlock character sprites from previous Streets of Rage games as playable characters. While the moves for these retro characters aren’t quite as robust as the versions seen in the fourth game, it provides an interesting new perspective into how mechanically solid the series has always been, while offering a brand new way to experience the latest game.

While the main game isn’t long, it’s the perfect beat ‘em up length at just a couple of hours. Any longer and Streets of Rage 4 might have run the risk of overstaying its welcome. As far as difficulty is concerned, anything above easy can be considered a bit of a challenge, as the game opts for the old school approach to checkpoints. 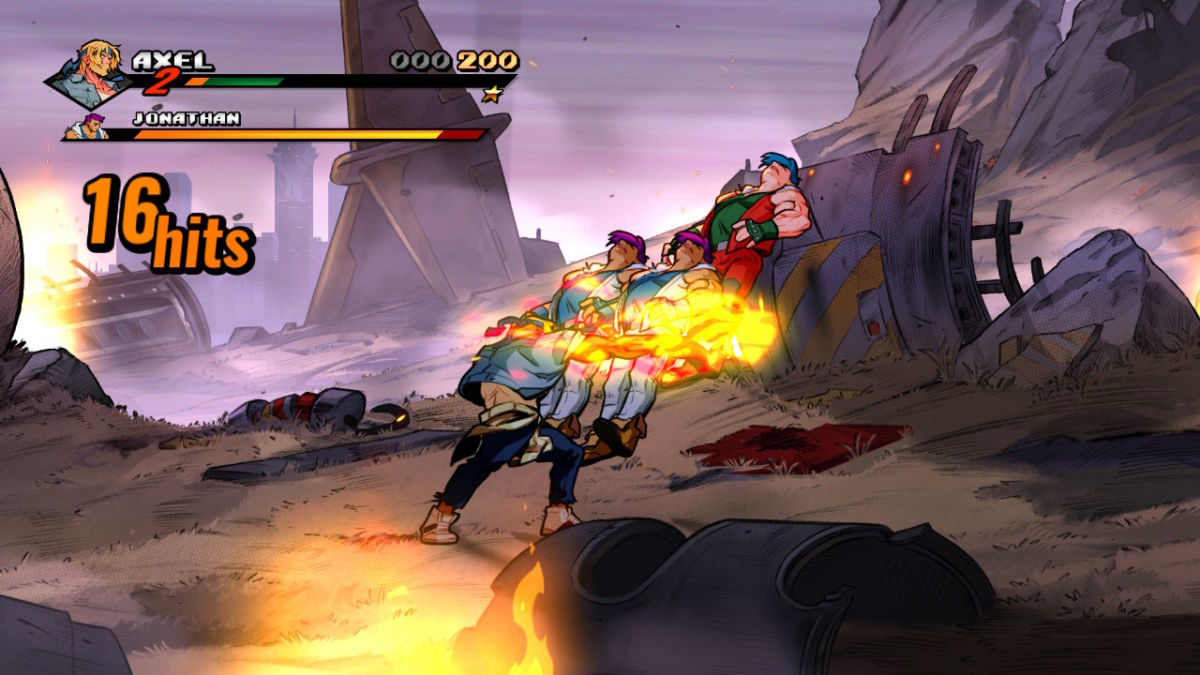 If you game over, it’s back to the start of the level, which can be frustrating, but only because you’ll often improve with every attempt. It’s aggravating because you know you can do it, it just might take you a while to get there. That said, there are a couple of levels that will truly test your patience, with environmental hazards like death pits that can lead to plenty of lost lives.

Of course, once you’ve finished the game, you’ll unlock the highest difficulty, Mania, along with a Boss Rush mode and Arcade mode. The Arcade mode is the ultimate challenge, daring you to complete the entire game on one credit, just like the old arcades of yore. It’s a huge challenge, and one that’ll test the mettle of anyone who attempts it. Plus, you can challenge your friends to Battle mode, where you fight each other instead of hordes of goons.

While Streets of Rage 4 is available on all major platforms, the game seems perfectly catered to a Nintendo Switch release. Levels only take around 10 minutes, so it’s the perfect length for quick sessions, and because the game can be played with single Joy-Cons, it’s so much easier to get a local co-op session going. There is online play, but nothing beats local multiplayer when it comes to a beat ‘em up. The fact that the Switch can also hold its own performance wise with other platforms, even when handheld, is an added bonus.

Honestly, it’s hard to find any faults with Streets of Rage 4. Dotemu, Lizardcube and Guard Crush should be commended for how brilliantly they’ve resurrected a classic gaming franchise. The way they’ve respected the franchise’s history while adding their own touch with new characters and concepts (I’d really like to see boss character Estel become playable in some way) is remarkable. If you’re a beat ‘em up lover, regardless of if you’re a die-hard Final Fight’er, you simply have to check out Streets of Rage 4.

A Switch copy of Streets of Rage 4 was provided by PR for the purposes of this review. 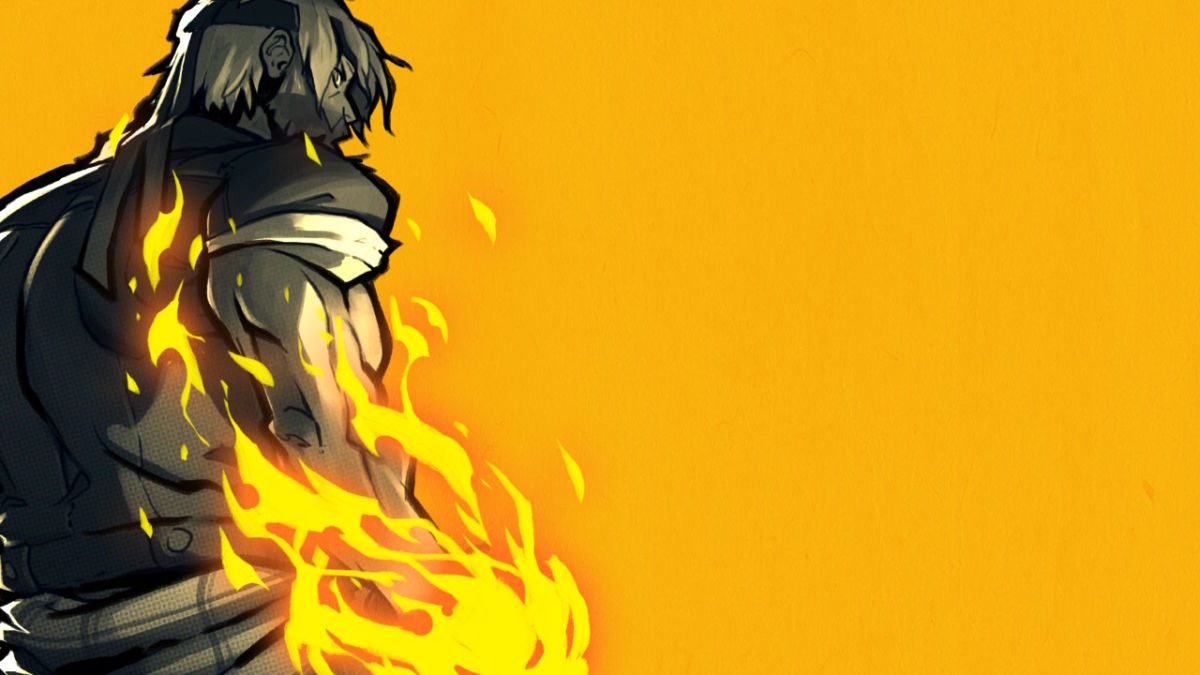 Verdict
After a 25 year hiatus, Streets of Rage 4 is back and it’s better than it ever has been, thanks to a host of important gameplay improvements.
9