Stranger Things: Season 3 REVIEW – Back And Better Than Ever

Straight off the bat, the third season shows itself off as bigger and badder. 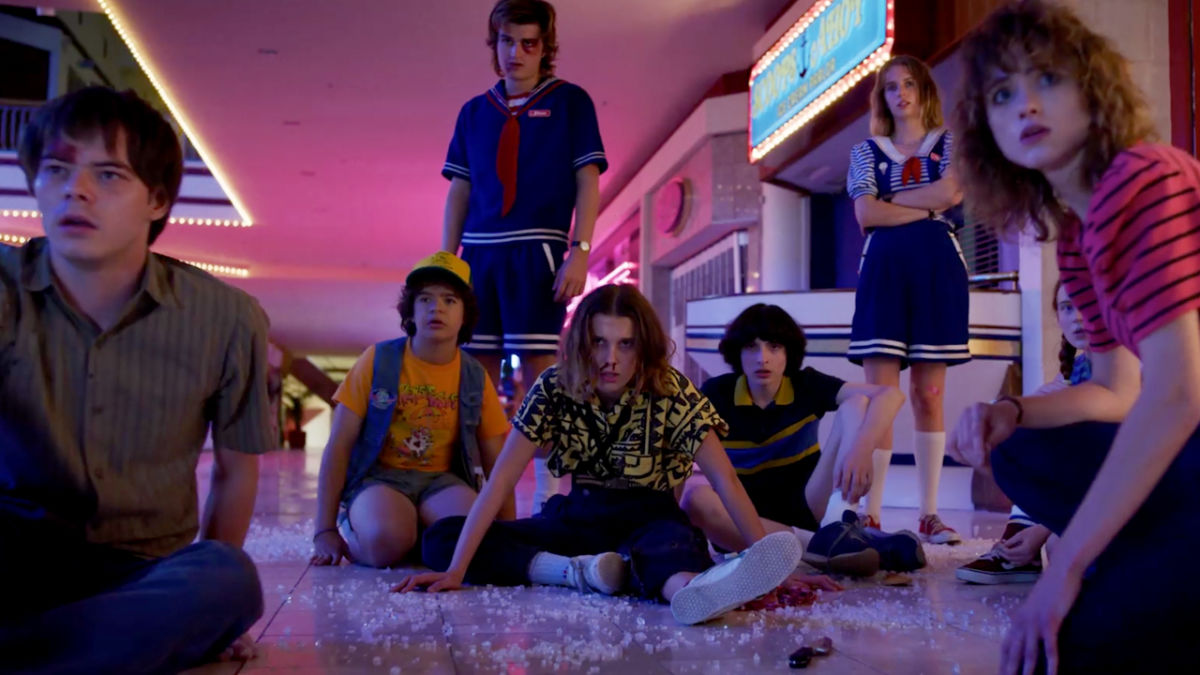 Home
TV
Stranger Things: Season 3 REVIEW – Back And Better Than Ever

Just in case you didn’t know, Stranger Things 3 is out and it’s amazing. After waiting two years, it’s safe to say that it was worth the wait. Going into it, there was reason to be a bit wary given the slow-paced, random nature of season 2, but off the bat, season 3 shows itself off as bigger and badder. Throughout the eight episodes, fans are treated and brought back to the chaos that left us in a frenzy at the end of season 2. We all remember the Mind Flayer hovering over the school, don’t we?

One of the strongest aspects of Stranger Things is its sci-fi appeal, and that appeal hits you full-force the minute you start season 3. Because Stranger Things is best known for being based in the 80s, it’s hard not to compare it to classics like E.T. or Back to the Future. And of course, you’ll see many nods, homages, and tributes to both these movies and many more. But what really stands out about season 3 is while we stay connected to the 80s of it all, the series finally comes into its own in an amazing way. We’re still dealing with monstrous creatures and the unknown, but each and every one of the characters are front and center in the third season. By the time you wrap up the eight-episode third season, you’ll feel satisfied because you saw all your favorite characters doing their thing for equal amounts of time. There’s some insane character development just between the end of season 2 to the end of season 3.

There are particular storylines that stand out this time around, especially the arcs of Sheriff Hopper and Joyce, and Mike and Eleven. As fans, we’ve wanted to see more of the dynamic between these two pairs, and season 3 gives us just that. It was nice to have some calm before the storm thanks to the tempestuous back-and-forths of these two pairings, which made the third season even more fun to watch. That’s the other element this season is so strong on – humor. The show’s funnier than ever before, and if you thought Hopper was bringing his A-game before, then you’ll be pleased to see him in action in season 3. There’s a lot to take away from a show like Stranger Things, but it’s amazing to see how the development in characters and their personalities makes the show’s value increase ten-fold, if not more. It’s simply amazing how much you get sucked into everything the characters are doing and how invested you feel in their every move and decision.

Perhaps the best aspect of season 3 is the cinematography. Not sure what changed or who was brought in, but everything from the camera angles to the intentional focus on certain situations and characters is so detailed and fantastic. When it comes to cinematography, big-budget beasts like Game of Thrones always take the lead. And we’re not necessarily saying Stranger Things season 3 surpasses Game of Thrones in this category, but something season 3 blows you away. The specific way they chose to change scenes and use objects to focus in and out was one of the best ways to tell this season’s story. Add that with all the intense horror the season brought, and you’ve got yourself an amazing sci-fi series that already feels like an instant classic.

What season 3 has that perhaps season 2 lacked, and season 1 couldn’t do by dint of being the first, is this sense of continuity and familiarity. We’ve become comfortable with these characters, this town, and the fact that their town is somehow connected to the supernatural. It’s all crazy and weird but it feels like home. Which is why when season 3 begins, you can immediately adjust to the new season without thinking much about it. Not many shows have that ability and it often takes a while to get into the groove of the new season, but not with Stranger Things. And this is likely because of how they choose to tell their story, and how they continue to keep the characters relatable and relevant.

We may not see ourselves in them, but there’s something about the way the show presents these characters that makes it feel like they’re our friends too. As if their fight is our fight, hence the continuity of the show’s villains and the light touch with which they’re used. We hate these Demogorgons, the Mind Flayer, and the Demodogs just as much as everyone onscreen, and it almost feels like we’re just as much as part of the characters’ struggles. It’s hard to think of any other sci-fi show that incites this sentiment, at least nothing recent anyway.

Throughout the course of the season, the episodes continue to build one on top of the other in a seamless way. You never feel like things are getting too complicated, extra, or over-the-top, it’s actually a natural-seeming blend of mystery, suspense, humor, thrills, and scares – even a little bit of romance on top of all of this. That’s perhaps what this season did better than previous ones. Everything is a perfect balance and flows together in a way that’s exciting but still tells the story we’re all here to hear. The only other time a show has accomplished such a feat is perhaps something like NBC’s This Is Us. Fans of that show are completely invested in every single part of the show, but we’re also experiencing every single emotion as each episode goes on, but it’s never too much of one thing. That’s something that’s great about Stranger Things 3 because while the group is fighting for their lives, there is still time to have some fun or crack a joke. Shows that can maintain this sort of balance are always fun and exciting to watch.

Between the plot, cinematography, acting, and excitement of season 3, Stranger Things gave us its strongest season yet and did not disappoint in the slightest bit. We got everything we wanted and more and it’s safe to say that a lot of fans were pleased to see certain storylines play out. It would be a shock if this season didn’t go down as the series’ best yet, which makes us wonder if this momentum can carry into the fourth season (we all know there will be another season, at least. And given how season 3 ended, rest assured, the momentum isn’t going anywhere.

Verdict
Stranger Things 3 takes things to the next level, exceeding expectations in every possible way. From the story to the characters and everything inbetween, season 3 delivers an explosive follow-up to a rather boring second season.
9.5
Cultured Vultures is a pop culture website established in 2013 covering all things gaming, movies, and more. We eat your words.
All The News On The Biggest Games