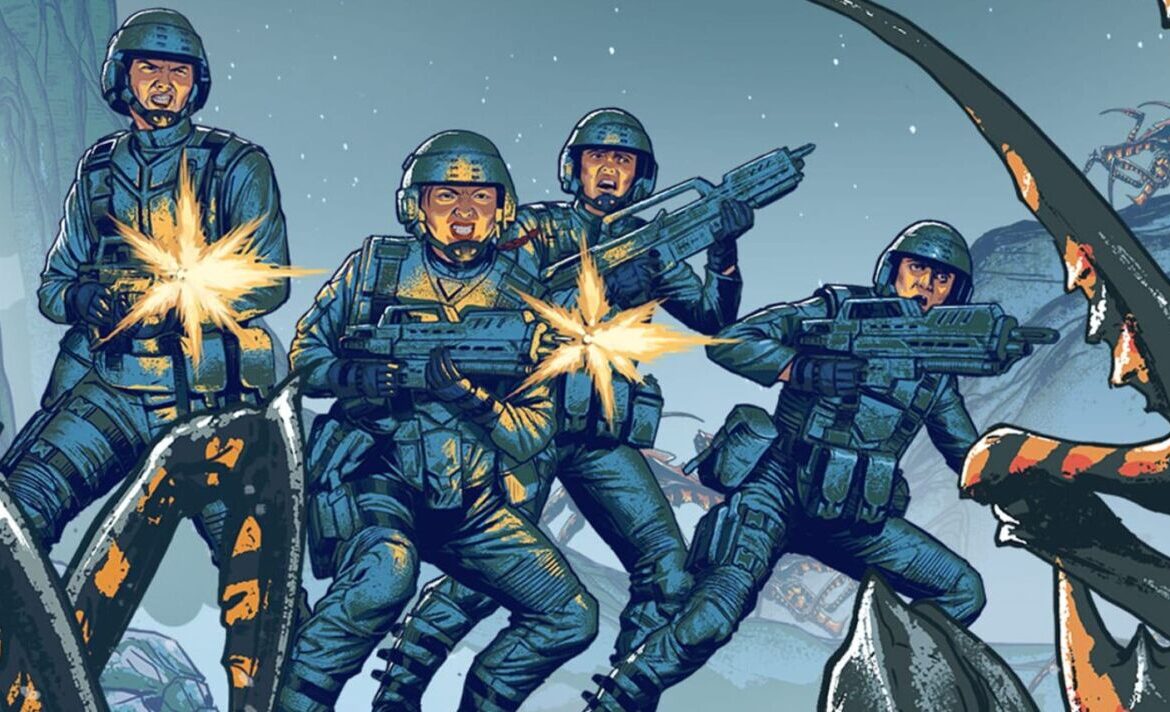 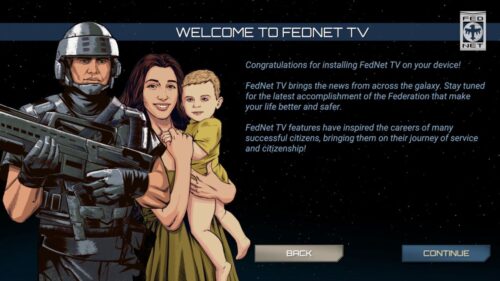 Despite its massive impact on the sci-fi genre in general, Starship Troopers hasn’t found much of a footing in the strategy genre, even though it’s perfectly made for it. The potential for an innovative take on asymmetric faction design is all there, yet few dev teams have taken up the challenge. Slitherine and the Artistocrats’ Starship Troopers: Terran Command is a solid attempt at a franchise revival, albeit a little safe to reach exceptional status.

Starship Troopers: Terran Command is a real-time tactics game with light elements of survival strategy games, set squarely in the universe of the film adaptations. As a single-player- title, it boasts a lengthy 20-mission-long light narrative campaign and a couple of challenge scenarios for a bit more open-ended action. For its price point, the game offers a healthy chunk of content to dig into, though it does miss some replayability due to a lack of leaderboards for the challenge maps, while it certainly also could’ve benefited with a couple more varied scenarios.

The developers utilize the film’s aesthetics, tone, and feel to a tee, as they accurately recreate the satirical angle of the original film, though without the same impactful bite and critique. Graphically, Terran Command isn’t really a looker, especially zoomed in on the action, though the art direction does most of the heavy-lifting here and makes large-scale engagements seem quite impressive. Some of the entity animation work is a tad stiff and wonky, but you’ll likely not mind it so much as you keep your eyes trained on every dark nook and cranny from where a hungry Arachnid can come crawling.

The audio design also deserves praise with excellent voice acting, solid music, and well-mixed weapon sound effects when firefights get going. The fitting writing and dialogue also help elevate the voice acting even further, as it captures the bombastic bravado and hilarious absurdity of the films perfectly. However, in quieter moments during troop maneuvers, aside from the accompanying music, the game can sound eerily empty, which is a bit jarring given how rich the soundscape is during the action.

Gameplay-wise, Starship Troopers is a competently made real-time tactics game that has engaging and tense gameplay that’ll easily hook you, especially on higher difficulties. The core reason is undoubtedly thanks to the units, both the Terrans and the Bugs, even though you can’t play as the insectoid faction.

In the campaign, the game will steadily and progressively introduce you to new units so that you can spend enough time figuring out how they work in battle and then integrate them with other forces for combined arms tactics. Every unit has a distinct battlefield role with only minor overlap, which means you’ll likely need to use most of your roster if you’re to succeed.

What really adds to the tension and excitement of the tactical action is the prevalence of unit active abilities that are essential to succeeding in the tougher missions. You feel a sigh of relief when you perfectly throw down that Combat Engineer flame grenade that buys you a precious few seconds to get your firing lines in order and let the Arachnids eat lead and energy. There’s a high skill ceiling for improving your micromanagement skills, so you’ll be addicted to learning the game to get each skirmish and engagement just right.

Obviously, the Terran late-game mechs and power armor infantry are super fun to use as they’re extremely powerful and versatile, but they don’t completely overshadow the squishier basic units found in the early stages of the campaign challenge missions. Altogether, the developers have balanced out the effectiveness of each unit relatively well, a feature many strategy games struggle with even years after release.

Terran Command is equally stuffed with a ton of Arachnid units, starting with the classic Warrior and Tanker Bugs and ending with brand new additions, such as the funky-looking Plasma Grenadier and nasty Scorpion Bugs. This means you’ll need to adapt both your tactics and forces on the fly to best counter the everchanging and evolving Arachnid threat.

Another strength of the game is its varied mission design. The campaign is chock-full of missions that range from small and medium-sized linear missions with limited troops all the way to massive more open-ended dynamic missions where you’ll need to defend and attack in equal measure. One mission you’ll be escorting a prisoner to a base for execution and next thing you know, you’re defending against a horde of angry Bugs.

The larger open-ended missions in particular are quite fun as there are many paths the Arachnids can take and they can come from unexpected directions and ambush you. Such design also works in the player’s favor as you can choose whatever strategy you want to best complete your objectives and kick some Bug-butt. The terrain is also quite varied and can play a massive role in unit positioning for offense and defense.

However, the terrain and bug behavior do show the limitations of the game engine in that combat situations aren’t quite dynamic enough. The Arachnids are cunning masters of terrain manipulation due to their ability to tunnel and come from unexpected directions, yet their behavior is all too predictable and simple.

For some reason, the developers let the Bugs climb up vertical walls, as seen in the movies, but they can climb over cliffs or dynamically create their own hives and nests to create new strategic opportunities and literally shift the landscape. This extends even to small details in that it’s quite immersion-breaking that groups of Warriors or even Tankers crawl over or smash through a barricade of some barrels and thin walls. It’s just disappointing that the Arachnids aren’t pushed to their fullest potential.

Engine limitations aside, another advantage in Terran Command’s favor is the overall level of challenge. Even on normal difficulty, scenarios will throw curveballs at you that may make your life harder, requiring a new approach. Unfortunately, difficulty levels simply make the Bugs more bullet-spongy, though the game still offers plentiful exciting and tense moments and desperate last stands.

However, Terran Command has a couple of issues that hold it back from truly heralding the return of Starship Troopers. The biggest of these problems is the missed opportunity with the license.

While the 1997 classic film is definitely recognizable and a sci-fi classic in its own right by pushing boundaries of satirical story-telling, the game only uses the aesthetics without the same kind of biting commentary, making the overall narrative lacking in heft. Gameplay-wise, Terran Command plays it safe due to a dearth of strategic and tactical mobility of the Mobile Infantry (who would’ve thought), as well as a severe lack of verticality in both mission design and unit behavior, which is painfully frustrating and uninspired.

Also, the franchise is a perfect opportunity to stretch creativity in designing truly asymmetric factions, as seen in the 1976 Avalon Hill strategy game, and make the universe feel strategically unique. There are hints and flashes of this innovative brilliance in a single challenge mission where mobility is key, but the game never goes all the way and realizes its full potential.

There are also a few gameplay frustrations that may leave you scratching your head. The lack of a pause feature (opening the menu doesn’t count) will make it harder for newer players to ease into the experience and understand what’s going on. There’s also a frustrating lack of varied view options to view the battlefield from a more zoomed-out perspective, which will make controlling your forces on multiple fronts quite a pain.

Terran Command’s graphics options are also disappointingly minimalistic and could definitely use a few more presets. The game generally ran well with occasional annoying frame drops, likely when a whole bunch of bugs spawn in the fog-of-war, so you can expect some performance issues, especially on lower-end systems. I didn’t encounter any crashes or game-breaking bugs (aside from the Arachnids you face), though there is some visual jank when units collide with buildings that may block units from following orders, though is an uncommon occurrence.

Starship Troopers: Terran Command is a perfectly enjoyable and engaging real-time tactics game that’s competently made without any critical issues in its strategy design. The developers did their homework and incorporated the film universe’s aesthetics and tone masterfully, which goes a long way in upping the game’s quality.

The somewhat limited game engine does hold back the game’s dynamism making some combat situations predictable and repetitive. Putting that aside, we can easily recommend giving Starship Troopers: Terran Command at least one playthrough — if you’re a fan of the films, you’ll definitely enjoy this one. 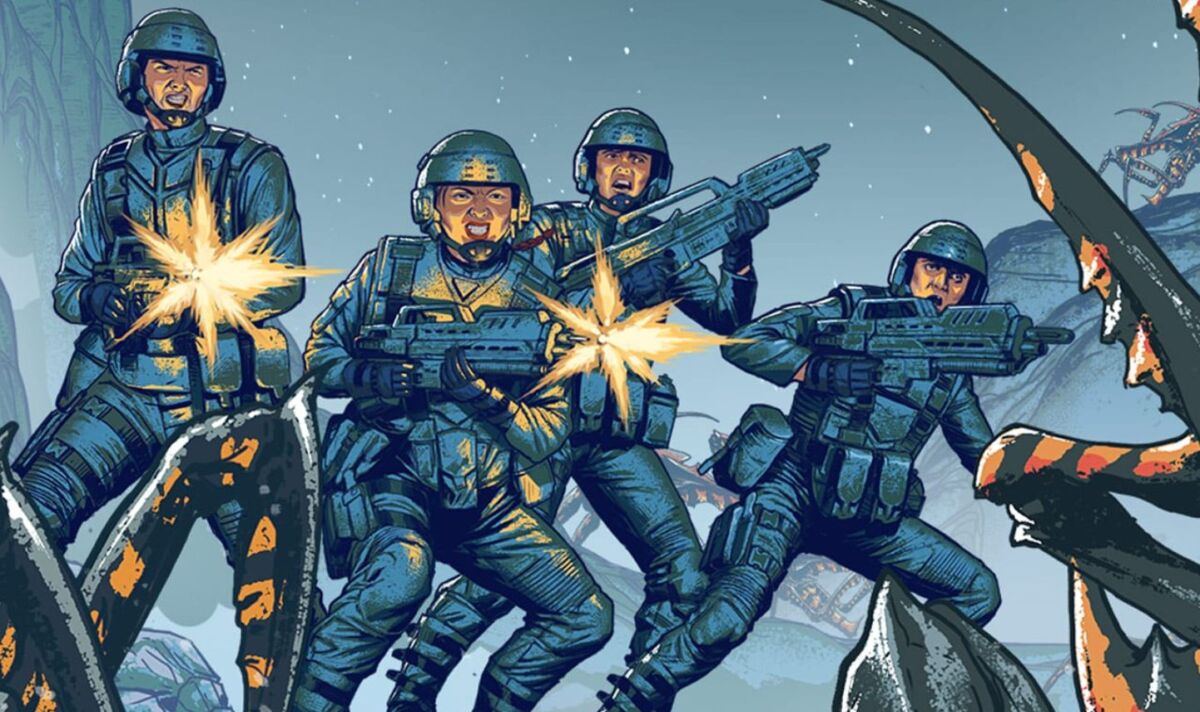 Verdict
It may not have the same teeth or originality as the satirical film it’s based on, but Starship Troopers: Terran Command is still a whole lot of exciting bug-squashing fun.
7.5
Cultured Vultures is a pop culture website established in 2013 covering all things gaming, movies, and more. We eat your words.
All The News On The Biggest Games