Star Wars: Phasma REVIEW – A Story Not Worth Telling 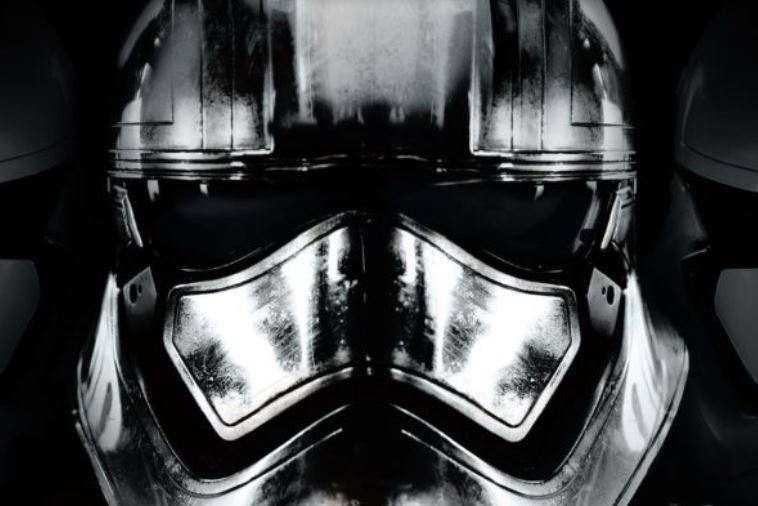 Chrome-armored Stormtrooper Captain Phasma, played by Game of Thrones’ Gwendoline Christie, was featured heavily in promotional material for The Force Awakens. Unfortunately, she was given very little to do in the actual film – her most important contribution was lowering Starkiller Base’s shields the second a blaster was pointed in her direction, then being promptly thrown into a trash compactor.

Star Wars has a long history of introducing seemingly tough-as-nails characters, then having the heroes make them look like chumps (looking at you, Boba Fett). The job of explaining why these characters are to be feared then falls to material outside of the films. In advance of her return in The Last Jedi, Delilah S. Dawson’s Phasma details the origins of the titular First Order Captain.

Sometime in the years immediately prior to The Force Awakens, Phasma’s rival, the red-armored Captain Cardinal, captures and interrogates Resistance spy Vi Moradi, seeking damning information about Phasma’s past. Most of the novel is a tale Moradi recounts about Phasma’s early years, passed on to her by Phasma’s former ally, a woman named Siv.

It turns out that Phasma is a refugee from a dying planet called Parnassos – a wasteland inhabited by primitive tribes struggling for survival. A decade earlier, Phasma was her tribe’s greatest warrior, until the day a First Order ship fell from the sky, sending her on an adventure with the promise of a new life among the stars. A post-apocalyptic desert, Parnassos invites comparisons to the barren hellscape of Mad Max, complete with violent raiders, spike-covered trucks, and its very own Thunderdome. A woman of few words, the stoic Phasma is even reminiscent of Charlize Theron’s Imperator Furiosa.

Unfortunately, Mad Max did it better. Phasma demonstrates Star Wars’ unique ability to tell stories of many genres across a single shared universe. But this particular story just isn’t all that interesting. The novel touches too briefly on familiar Star Wars elements, providing only the slightest of glimpses into the galaxy seen in The Force Awakens. The story set in the past suffers as a result, with the time period we really want to hear about acting mostly as a framing device that outshines the story it’s meant to support. The adventure on Parnassos is a fun read, and Dawson’s prose paints a vivid picture of a desolate world. But with attention split between two periods of time, neither receives the development it needs to feel like a fulfilling narrative.

This book promised to reveal Phasma’s origins. That much, it certainly accomplished. It did not, however, reveal much about her character. Her story is told almost entirely by others, purposefully avoiding any insight into her thoughts, feelings, or motivations in order to maintain the air of mystery about her. Where other recent Star Wars novels like Thrawn

Verdict
No one was clamoring for a Captain Phasma origin story. This book needed to prove why she deserved her own title. But in maintaining Phasma's mystique at the expense of character development, the novel struggles to justify why Phasma's story was one worth telling.
6.5
Cultured Vultures is a pop culture website established in 2013 covering all things gaming, movies, and more. We eat your words.
All The News On The Biggest Games