Can Spider-Man Save Marvel’s Avengers?

Or is it too little, too late? 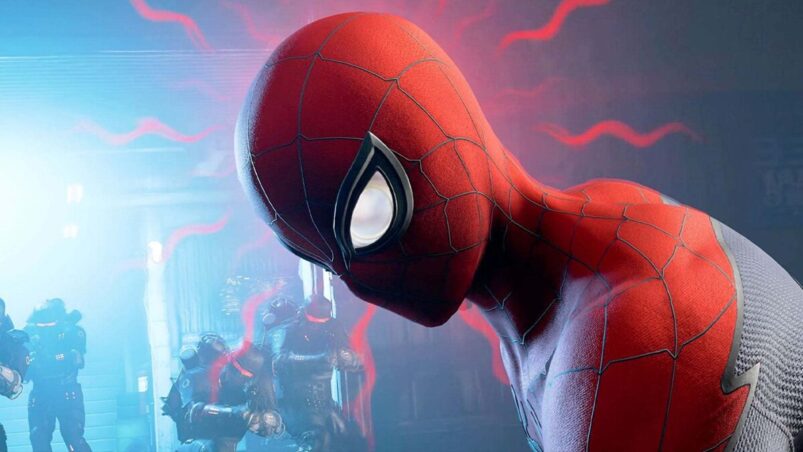 It’s been a long and tough road for Marvel’s Avengers since it launched last year thanks to a constant pattern of making one step forward, and two steps back. If ever there was a beacon of hope for the beleaguered game, it’d be Spider-Man’s long-awaited inclusion to the main roster.

Spider-Man was announced as a PlayStation exclusive addition to the roster of Marvel’s Avengers in August last year and his arrival has been teased profusely. Earlier this month, we were finally treated to our first look at Spidey in action in a cinematic trailer for his Hero Event With Great Power. The reception has been pretty lukewarm, with Crystal Dynamic’s take on Spider-Man standing firmly in the shadow of Insomniac’s critically acclaimed take on the web slinger in Marvel’s Spider-Man. It’s a sorry state of affairs for Marvel’s Avengers, as a growing list of criticisms and no real story content for Spidey could mean it’s too late to save the day.

It’s important to understand how we got here, which means taking a quick look into Marvel Avengers’ chequered past. First announced all the way back in 2017 as a “multi-year, multi-game partnership” between Marvel and Square Enix, Marvel’s Avengers teased an epic narrative that saw the Avengers disbanding. More exciting was the collaboration between Crystal Dynamics and Eidos-Montréal. With two well known and respected titans of the industry collaborating on development, the writing was on the wall for something truly special.

Details were scarce in the following years until we finally got our first look at the game in the A-Day trailer shown at E3 2019. In hindsight, it’s impossible to say whether Crystal Dynamics anticipated the backlash this trailer would face, but it truly was the beginning of a downward spiral. Fans raged in droves about bulky character models which didn’t remotely resemble their cinematic counterparts, and previews weren’t exactly glowing either. The biggest offence for a lot of fans was the choice to go down the live-service route.

Marvel’s Avengers’ problems would continue with its very troubled launch that saw over 1,000 player issues reported. It didn’t set anyone’s world alight either, ending up with a score of 67 on Metacritic, and an even worse user score of 4.9. Many criticised the countless bugs, repetitive nature and lack of content. These problems built up over time and eventually resulted in a huge player decline with only 1,190 players active on PC two months after launch.

Crystal Dynamics made a valiant effort to rectify the situation with a series of updates that added new characters like Hawkeye, who had his own story DLC. To pacify fans of the Marvel Cinematic Universe, a series of new skins were also added as paid cosmetic options. The tide seemed like it might finally be turning with the release of the Black Panther focused expansion War for Wakanda which saw Marvel’s Avengers return to the top 10 UK video game charts. Just when it seemed like Crystal Dynamics were regaining some goodwill, they made the absolutely baffling decision to increase the microtransactions in the game.

XP boosts were introduced which encouraged players to spend real life money to level up characters quicker, resulting in outrage from the fan base. Crystal Dynamics were quick to remove XP boosts, but when your own boss doesn’t believe in you, it’s not the best look. In their annual earnings report, president of Square Enix, Yosuke Matsuda, hinted that Crystal Dynamics were not a good fit for the game saying: “Taking on the GaaS model highlighted issues that we are likely to face in future game development efforts such as the need to select game designs that mesh with the unique attributes and tastes of our studios and development teams.” I mean, I don’t know, man. Maybe look inward.

Which brings us up to a few weeks ago when Spider-Man was finally introduced to Marvel’s Avengers. Make no mistake, Spider-Man being in this game should be huge. Spider-Man has earned and maintained his status as the most profitable superhero of all time and has earned more than $1.3 billion in global retail sales for Marvel. Spidey is already riding a huge wave of success and hype following the success of his solo adventure on PS4 and its spin-off starring Miles Morales. That’s not to mention the complete pandemonium surrounding Spider-Man: No Way Home. The ball is really in Crystal Dynamics’ court to not mess this up, but already things aren’t looking great.

Spider-Man’s reveal trailer showed that this is a very different take on the Peter Parker we met in Insomniac’s game, and the portrayal is far closer to Tom Holland’s take on the character. The suit is the classic red and blue colour scheme but features some nods to the stark suit featured in the MCU and Spider-Man: Homecoming. This is also a Spider-Man who’s still finding his feet and determining his place in the world of Marvel’s Avengers. Spider-Man is said to have flown solo throughout his career, first appearing after A-Day and has yet to reveal his identity to his fellow Avengers.

It was made clear fairly early on that Marvel’s Avengers wouldn’t be crossing over with Marvel’s Spider-Man, exciting as the prospect of a shared universe may be. So why bother with PlayStation exclusivity at all for a fresh take on the character? Spider-Man is a pop culture phenomenon and a huge source of financial revenue, and Square Enix have reduced that potential revenue significantly by alienating Xbox and PC gamers. It’s hard to see what Crystal Dynamics gets out of PlayStation exclusivity for the character in the long run.

Even with Spidey’s inclusion, Crystal Dynamics have provided very little incentive for players on PlayStation to jump back into Marvel’s Avengers. Spider-Man will have his own hero event With Great Power and will feature unlockable challenges, but no story content. Instead, there will be audio logs and illustrations rather than in-game cutscenes or a new chapter in the on-going narrative. Spider-Man’s arrival has been teased and built up for over a year and now that he’s here it all feels rather inconsequential.

Gameplay for Spider-Man was always going to fall under immense scrutiny following the insurmountable standard set by Insomniac. While Spider-Man’s gameplay is reasonably competent, it comes off as a bad cover version of the stellar gameplay in Marvel’s Spider-Man. The basic gameplay elements are still here and Spider-Man has his own heroic moves, but there’s very little that sets him apart from the other Avengers. It feels like Spidey’s fluid and dynamic style has been scaled back considerably to adjust to the slower, clunkier gameplay.

Web swinging comes off as incredibly underwhelming, with Crystal Dynamics going the route of swinging from the sky with invisible walls hindering any real sense of height or momentum. It’s an odd design choice for a AAA game in 2021, especially when the foundation for traversal had been established with Ms. Marvel/Kamala Khan. Marvel’s Avengers is fairly linear, and full of small sandbox levels, however, Kamala could often swing from environments using her embiggen powers. Refining and upgrading this template could have been the solution to incorporating web swinging without breaking the game. It’s hard to escape the sense that Crystal Dynamics are ticking the boxes of a contractual obligation, rather than the dev team having any real passion for the webhead.

Marvel games aren’t going away anytime soon. Midnight Suns is due for release next year, along with a Wolverine game developed by Insomniac and a true sequel to Marvel’s Spider-Man. Eidos-Montréal even managed to overcome the odds and enjoy moderate success with their take on the Guardians of The Galaxy. Marvel’s Avengers seems destined to be the black sheep of the family, with Crystal Dynamics seemingly trapped on the project until Square Enix finally decides to pull the plug.