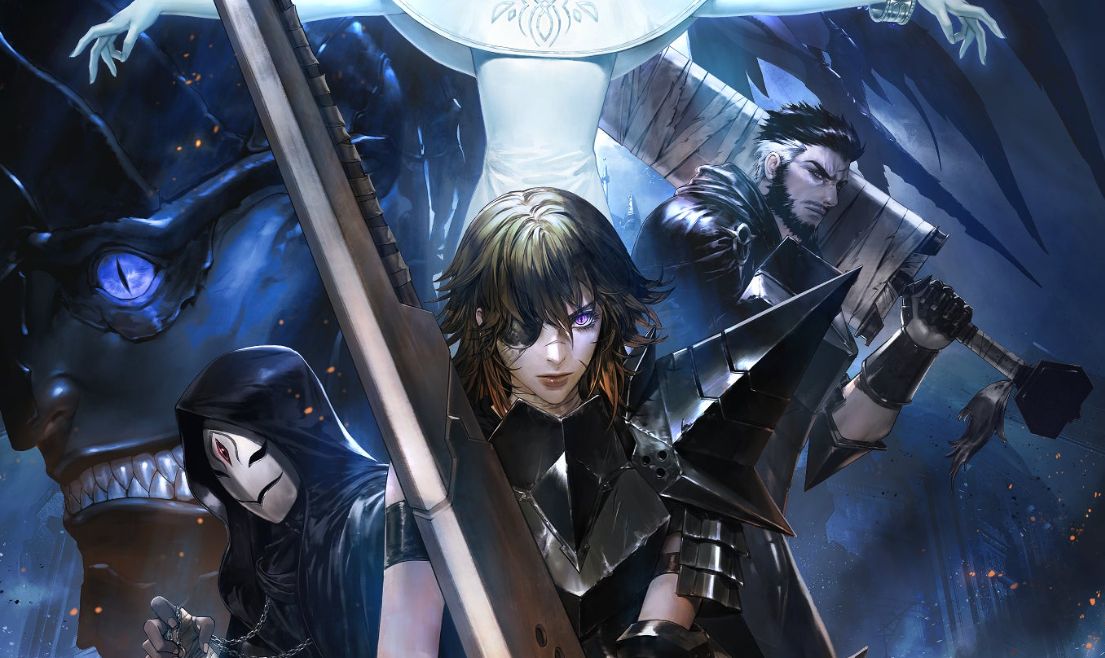 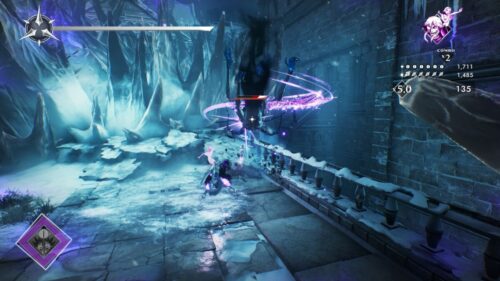 Action games come in many flavors. From the soulslikes that dominate the landscape of gaming today, to the more cinematic Uncharted-esque experiences, the genre covers a huge amount of ground and is easily accessible to anyone looking for any kind of adventure, no matter how over-the-top it may be. Soulstice by Reply Game Studios is a game where the action is absolutely face-melting, from the speed of combat to the flashiness of the moves, set in a bleak and doomed world where only you can face its demise.

You are Briar, a chimera knight bound to your dead sister Lute, who accompanies you as a ghostly shade. Together, the sisters are investigating a tear in the world that’s manifested in the sky to create a wound which will ultimately lead to its destruction. You two have been sent by an order of knights to find the source of this calamity and stop the crisis before it destroys the world. On the way, you’ll meet a cast of shady characters and ultimately uncover a conspiracy that goes far beyond themselves.

Soulstice is a game that makes an excellent first impression. There are many cues from the Devil May Cry era of character action games that any fan of that time will immediately notice. You’ll explore levels with a semi-fixed camera angle, which has the limited ability to pan around and get a better glimpse of a scene in case anything is hidden just off screen, while it becomes freeform during most combat encounters. Combat is also a nice callback, with flashy multi-weapon fighting with an emphasis on putting together wild combos to ultimately trigger a super form to make enemies on screen explode from the intense power. Though boss encounters are a bit of a mixed bag, the ones that are larger-than-life definitely feel great to fight. While there’s a mild emphasis on speedrunning, as time is an important part of both combat and overall grading upon completing a level, the game leans more into this factor for replay value rather than punishing the player for taking their time to explore and fight how they want.

There’s also some light RPG elements present in Soulstice. Briar can upgrade her weapons and abilities, while Lute can learn new ways to counter enemies trying to attack her ferocious sister. Enemies and destructible debris drop the shards you use to level up, and you’re able to upgrade the Briar’s health via collectibles and items in the shops set up by your Observer, Layton, a man watching your every move. These upgrades give Briar new moves and make Lute’s counters and abilities more potent. Briar uses red shards while Lute uses blue shards; you’ll amass an abundance of them if you’re destroying everything you can.

This is all complimented by some excellent visuals, on any performance setting offered by the PS5, and a killer soundtrack. The dark, dying world is excellently portrayed in ruined landscapes that warp into chaotic desolation as you make your way to the world-rending tear in the sky. Enemies are monstrous and varied, from zombie-esque monsters and abominations to gem-encrusted horrors possessed by ghastly spirits. Most enemies are introduced with a viscerale edge that only continues as Briar rips apart her enemies into bloody chunks of gore during combat. The soundtrack serves to enhance the adrenaline-pumping action as it kicks into hard rock or heavy dubstep tunes as you tear through enemies, emphasizing the chaotic atmosphere.

Unfortunately, while Soulstice starts with a bang and does a good job of keeping you hooked in the early game, it all falls apart after the first few chapters.

After learning the ropes of the combat system and going through a few levels, you’re introduced to Lute’s field system, which becomes a necessity for combat and exploration in the second half of the game. With this, enemies that can only be hit while you’re in one of these two fields are introduced, adding an Ikaruga-esque edge to combat. Unfortunately, Lute can only hold these fields for as long as her Entropy meter isn’t full and while there are many ways to keep it down, there are more ways to make it fill up and have Lute disappear for a few seconds, leaving Briar unable to attack certain enemies until Lute returns.

This adds a sort of ‘red-light, green-light’ twist to combat that ends up absolutely destroying the pacing of the entire game. Even on the lowest difficulties, any slight miscalculation during combat can send you to the edge of the entropy where Lute’s banishment becomes an inevitability as opposed to a balance on the razor’s edge. This is because any damage to you, or performing a counter with Lute which can randomly use Entropy, can cause that meter to tip into being full, banishing your spectral sister. When she’s gone, Briar’s only option until then is to dodge out of the way of the incoming onslaught until Lute returns, as she’s also your only means of countering enemy attacks.

This problem only gets worse as the game goes on, since mini bosses get added into the regular spawns of enemies as you get further into the game. These enemies don’t change much from their initial encounters and normally spawn alongside another enemy of the same caliber, accompanied with a large strike force of smaller enemies to form what would be epic battles if not for the stop-and-go combat. These problems are only made worse by the occasional camera snagging on the environment during combat and the abrupt difficulty spike during the last leg of the game. These add up to create constant exasperation as you play, where combat encounters become tedious and frustrating, and platforming goes from relaxed to demanding in the span of just a few levels.

It’s a shame, as there’s a lot to love in Soulstice. When combat works, it’s fast-paced and intense. The world eroding around you gives an atmosphere of dread and the grotesque monsters within it are hideous and die in spectacularly visceral ways if you’re quick enough to see it. It’s also fun to enter Briar’s berserk super mode, as its cinematic flashiness sticks with you throughout the entire duration until you fire off your ultimate attack that turns her back to normal. There is an added element of danger to this as well, since Briar can lose control upon entering this dangerous form, which changes how you need to go about controlling her.

Playing Soulstice, however, turns into an exercise of growing frustration as you push through its levels. Lute’s field system falls flat in practice since you have little control over how she chooses to counter enemies when you intercept attacks, which can lead her to her own demise in key moments. During encounters where the only enemies that exist are ones that need this mechanic to become vulnerable, you’re stuck dodging everything being thrown at you since you’re unable to use Lute’s counters when she’s banished. This self-sabotage plagues the entire game, especially since there’s little you can do to avoid it since combat encounters are forced onto the duo and comprise the majority of the game.

While Soulstice has some fantastic aesthetics and harkens back to an age of no-holds-barred action combat in a dying world setting, its gameplay feels much more like a cheap imitation than an homage to a meaningful era.

Verdict
Soulstice is a game with some great aesthetic choices, but is completely marred by poor gameplay design that takes control away from the player during the times they'll need it the most.
5.5
Cultured Vultures is a pop culture website established in 2013 covering all things gaming, movies, and more. We eat your words.
All The News On The Biggest Games