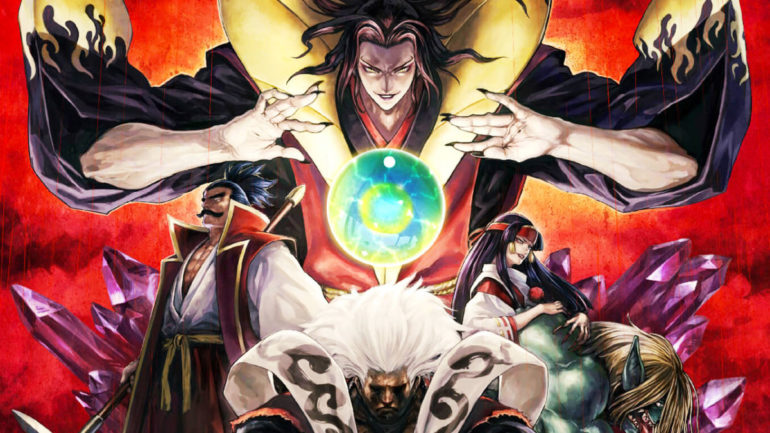 You may not know it, but SNK has been busy this year. A name considered legendary by retro gaming circles, especially in Mexico, has taken a surprising turn after the release of their Samurai Shodown reboot last year. With Code Mystics’ help, they have been going back and updating their legacy fighting games. Not with balance patches, new characters or DLC, but with updates to the online gameplay experience. The most recent title to receive this treatment was none other than The King Of Fighters 2002: Unlimited Match on Steam, with an open beta that recently concluded. After getting a few matches in, I can say it was buttery smooth even against laggy 150-200ms opponents.

Since fighting games require precise timing, positioning and execution, they can be difficult to create an optimal online environment for. The best fighting games run at 60 frames per second without any delay so as to best capture the heat of in-the-moment combat. Rollback netcode allows you to play as you would face-to-face, making actions freely while the game saves the game state frame-by-frame on both sides to sync up at just the right time. At worst this can cause a jarring rewind effect where the game rolls back to when both players were synced up.

This beta comes hot off the heels of the release of the Samurai Shodown Neogeo Collection back in June. This release brought the entire roster of legacy games into the modern age with the added bonus of rollback netcode, making all of these games playable online in the best possible way. The first of these titles was fan-favorite Garou: Mark of the Wolves back in January, which means SNK is all in on this push. For fans and enthusiasts, this is great news as it means anyone can properly enjoy these influential classics. For everyone else it may raise a question. Why hasn’t every fighting game this generation been like this?

Titles such as Street Fighter V, Soul Calibur VI, and even the ever-popular Super Smash Bros. Ultimate have online experiences that feel far behind these legacy titles. When compared to indie fighters, such as Them’s Fightin’ Herds released back in April of this year or even Skullgirls back in 2012, setting a precedent for this superior netcode the question becomes even more puzzling. You can simply test these titles side-by-side to see the alarming difference in quality. High-latency matches feel like slideshows on mainstream titles while an enhanced edition of a game from 2002 released in 2015 feels fast and responsive. The problem here is obvious and concerning.

Even more concerning is the degradation that the competitive scene suffers because of it. A furor erupted back in July during the Capcom Pro Tour when pro players quit the tournament because of issues due to lag. This was after an announcement of fixes to Street Fighter V’s netcode back in February, making the debacle all the more outrageous. With the online environment proving unreliable for even the best players and a better alternative already in existence, the concern goes from nagging to alarming.

A quick look into the matter will lead to a GDC presentation from 2018. In this presentation, titled “8 frames in 16ms,” Netherrealm Games’ Lead Software engineer Michael Stallone talks about the challenges in converting their netcode from the original “lockstep” model to the new rollback model. For those unaware, Mortal Kombat X underwent an entire online overhaul in 2016 for the “XL” patch to implement “enhanced online”, which included an entire beta period to test it all out. The Q&A portion of the GDC talk reveals immense praise for Stallone by his peers, for both the time taken and the innovations his team made during the effort. The talk is interesting and shines light on recent trends by mainstream game publishers and developers’ efforts to correct their own online experiences. These efforts are evident in the attention that Arc System Works is giving to the upcoming Guilty Gear Strive and its feedback to its beta tests.

With lessons learned and SNK leading the charge, it’s safe to say we can look forward to more fighting games feeling better online. These recent titles have been a fantastic outlet for the home-bound fighting game fan living in a pandemic. The risk of playing an optimal multiplayer match may simply be too great for some, which makes these titles all the more valuable, with playerbases that appreciate the effort SNK has put into making the online experience the best one possible.

Furthermore, with services such as Amazon Luna, Google Stadia, and Microsoft xCloud changing the way we think about how we play our games, this shift to a better environment couldn’t have come at a better time. While most fighting games offered on these services aren’t equipped with “rollback” netcode as of now, it will be interesting to see how it develops in the future. With the success of these beta tests and patches, SNK could be the one who gets us there.