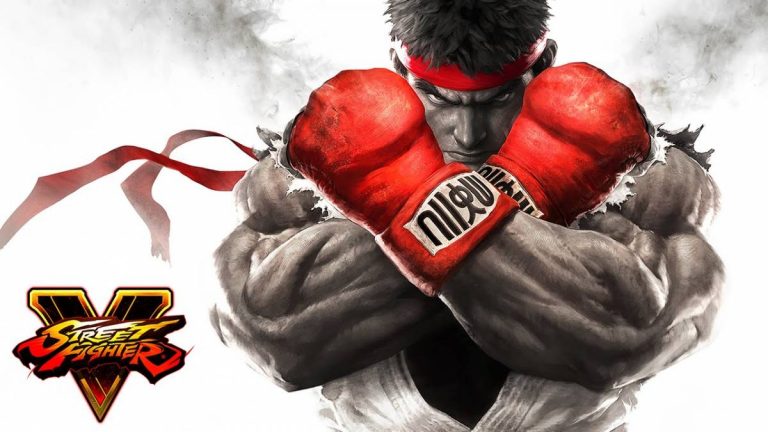 I think it was after about the third consecutive loss to my girlfriend* on Street Fighter V that I realised two things:

1. I am completely awful at Street Fighter V.
2. This is a seriously fun fighting game that might have revitalised my love for the genre.

Being the filthy casual that I am, I don’t have much other contemporary fare to compare Street Fighter V to in the beat ’em up department, apart from 2013’s Injustice: Gods Among Us

, which I was also pretty naff at. I seem to have single player nailed down in all these games, but as soon as I step into that virtual ring with another, I crumble and fall to endless combos and rage. But I digress.

Street Fighter V is the much-anticipated sequel to its 2009 predecessor and is probably the most sought after fighting game of 2016. With the slow demise of other franchises like Tekken and Soul Calibur with the latter falling particularly far from grace in recent years, purists have been flocking back to where it all began with Capcom’s series. It’s easy to see why.

Graphically, the game is a real winner with each individual character being meticulously detailed to the point that their personalities shine through in their moves. Never has punching someone in the face looked so good than this, or made me want grow a beard quite like Ryu’s resplendent lumberjack one does. The soundtrack is also fantastic, landing in a safe middle ground between Asian and Western pop rock. As for voiceovers, I switched up the dialogue to be in Japanese to try and immerse myself more fully into the game and it worked. One of many neat little details of Street Fighter V that makes that the whole experience captivating.

Combat is fluid and responsive, making every punch, kick, and weird Stretch Armstrong leg flail feel that much more satisfying. As rare as it was for me, landing a combo and watching as my opponent’s health bar turned to a comforting red gave more joy than most things in this world. There’s also a great sense of balance to fights, especially when comparing contrasting styles of the fighters themselves. For instance, the long-legged Dhalsim is always going to be a favourite against the slow Zangief, but if Zangief were to close down Dhalsim, he would be in his element. A slower opponent like M. Bison will be able to land huge hits on the gymnastic likes of R. Mika, but if she lands consecutive hits, she will wear him down quicker than he could react. It creates some tension during matches, meaning tactics are more important to the series than ever – button bashers don’t have free reign in this game. 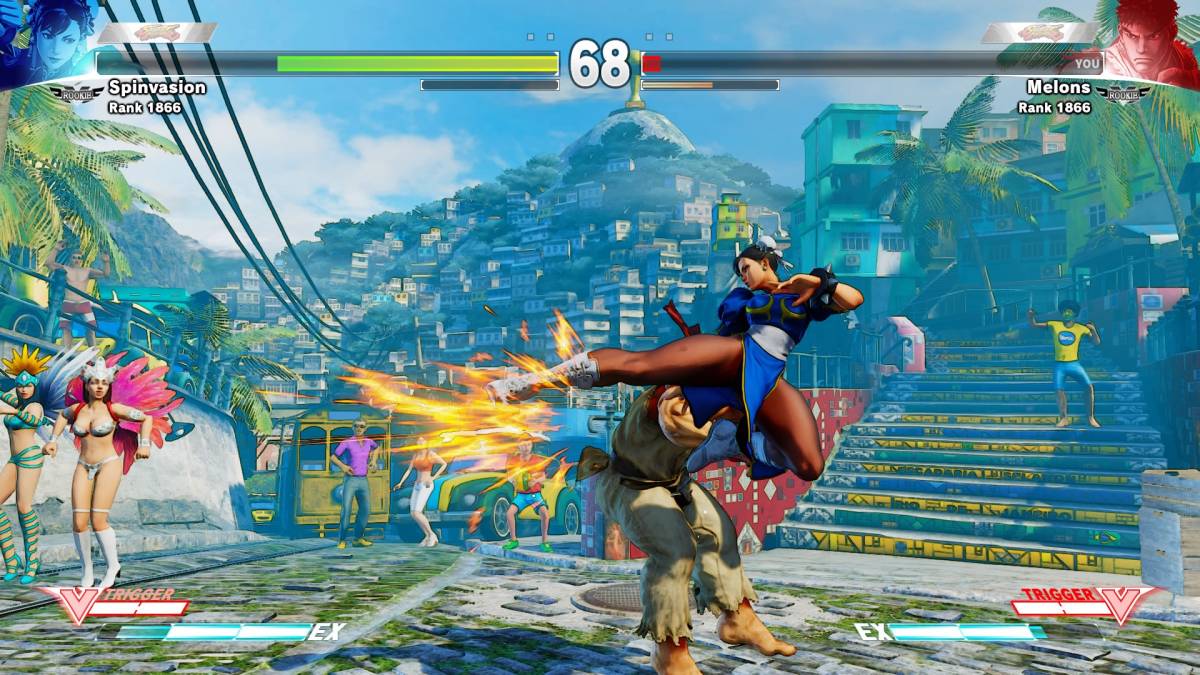 When you’re good at Street Fighter, you feel like a god. When you’re bad at Street Fighter, you feel like an ant with anger issues. The steep learning curve meant that I spent a lot of my early time with the game exploring its modes, of which there are quite a few. However, some are stupidly thin on content, especially the story mode. You can conquer some of the characters’ storylines in just two fights, four at maximum. Basic, single frame cutscenes are all you are given to become invested in the story, and it just doesn’t work. In addition, breezing through all of them will only take you a couple of hours, so if you’re a fan of the series for its compelling drama, you might not be in luck until June when cinematics and a fully fleshed out mode will be added.

Survival mode was where I spent the bulk of my time offline and probably where I found the most fun. You’re tasked with facing off against waves of bot characters with a finite supply of health that ticks over from round to round. Balancing the purchase of new health packs and managing a high score is a minigame in of itself, made all the more tricky by the increase in AI difficulty as you proceed through the rounds. It’s also a great environment to learn your combos and techniques away from Training Mode, a widely customisable way of sparring against the AI or casually with friends. 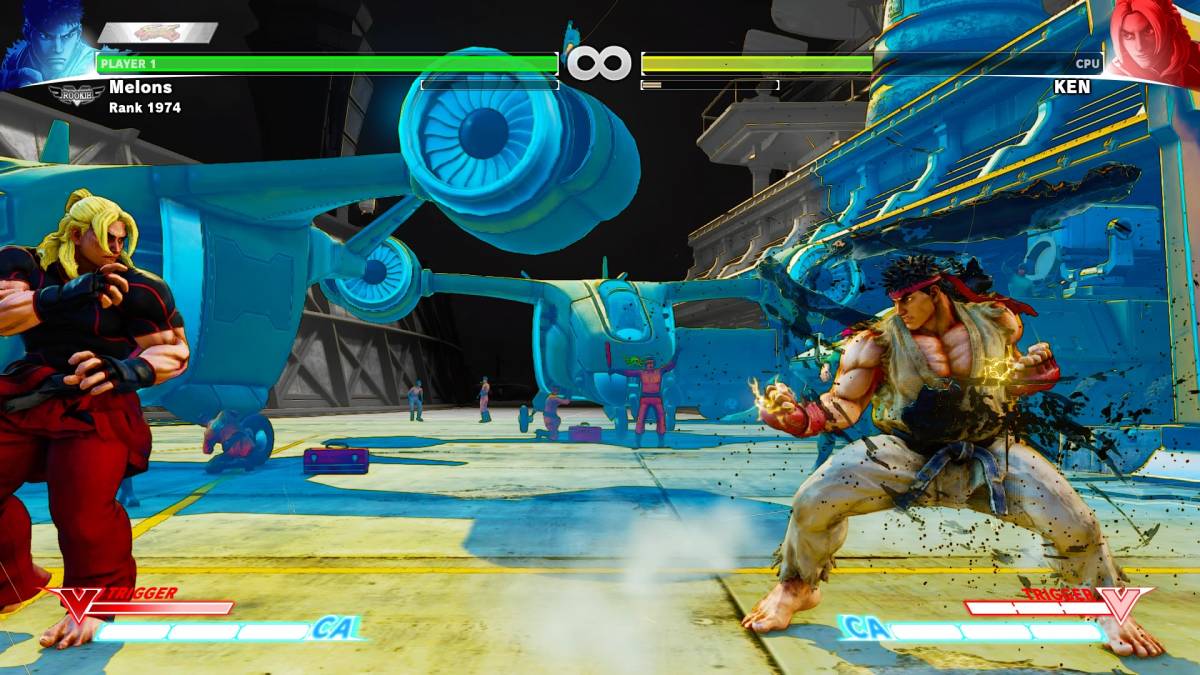 If you’re new to the series, you’re going to want to spend a great deal of time training up before you even think of going online. From a personal perspective, it’s hard to think of a fighting game that has a harsher introduction to newcomers than this one. Within my first few matches, I barely landed a hit on my rivals as they made their way through the motions for combos – it seemed as if they had been playing the series since 1987. As with any difficult game though, practice is vital and I look forward to being relentlessly beaten down by the community for many months until I finally, hopefully git gud. If you want to become my sensei or fancy some quick wins to your tally, add me on PSN at LoopyFiasco or Melons, my Fighter ID.

Street Fighter V is a superb addition to a long and celebrated franchise that is going to please fans, but does little to welcome anyone new with open arms. Whichever one you are, it’s an essential purchase. Just don’t blame me when you break your controller.

*I have her beat now, I swear.