Which Is The Shortest WWE Royal Rumble Match? 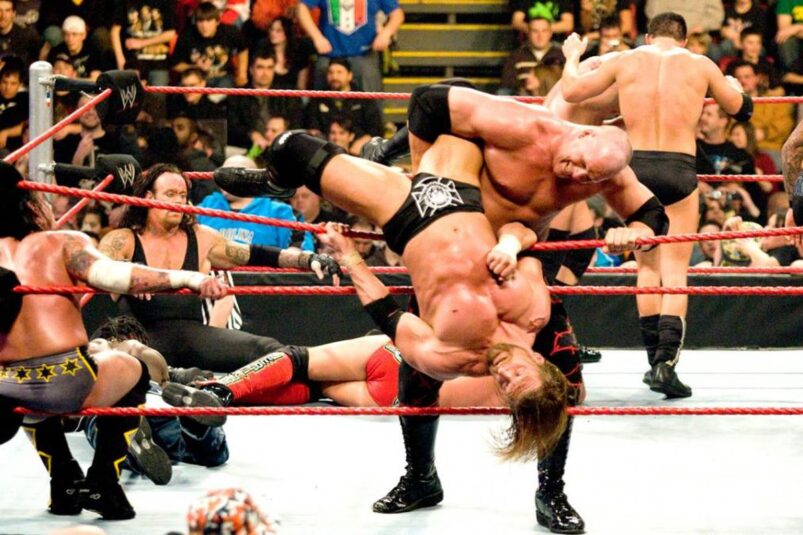 The WWE Royal Rumble match is usually known for being a bit of a slog. With up to 50 wrestlers entering the fray in 90 second intervals, there’s no surprise that these matches can sometimes last over an hour, but fans have long considered these matches to be some of the most exciting of the calendar year. But which of these historic events ring in as the shortest Rumble match in wrestling history?

With over 30 years of Royal Rumbles to consider, to find the quickest of the star-studded showcases, you’ll be delving deep back into history to Royal Rumble 1988 and the first ever Royal Rumble match.  This Rumble came in at only 33 minutes, with only 20 superstars competing to become the first-ever Royal Rumble winner. Seeing as this was the inaugural bout, you can forgive WWE for not giving it ample time.

The match was eventually won by ‘Hacksaw’ Jim Duggan, although the 2×4 wielding patriot wouldn’t be rewarded with the coveted WrestleMania championship spot as that wasn’t stipulated until the following year’s show.

Nevertheless, ‘Hacksaw’ outlasted wrestling legends like: Bret Hart, The Ultimate Warrior, Andre the Giant and even Hulk Hogan to get his name into the history books. Duggan last eliminated One Man Gang to capture the first Rumble victory.

For such an anticipated affair in pro wrestling, this particular Royal Rumble didn’t quite meet the buzz of today’s Rumble matches. But without a doubt, Duggan’s breakout performance paved the way for some of WWE’s greatest moments at Royal Rumble events.

READ NEXT: Which Is The Longest WWE Royal Rumble Match?