Which Is The Longest WWE Royal Rumble Match Ever? 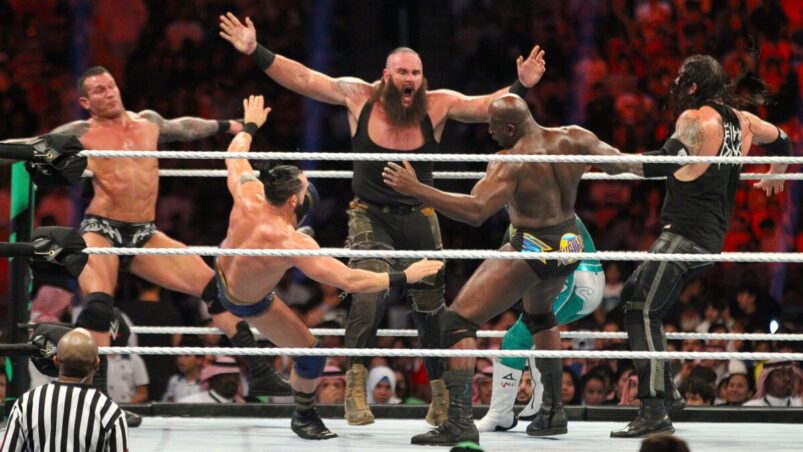 The WWE Royal Rumble is one of the most anticipated and spectacular events of the calendar year, rightly known as the second biggest event behind WrestleMania. Each year, 30 men and women step into the ring in an attempt to secure a spot at that year’s WrestleMania, earning themselves the right to compete against either brand’s world champion.

Seeing as there are so many wrestlers involved, and an allotted 90 seconds between each combatants entrance into the match, these matches can go on for quite a while. Usually, you can expect a Rumble match to last at least 50 minutes to an hour. But which Royal Rumble stands out as the longest Royal Rumble match of all time?

That honour goes to the 50-man Greatest Royal Rumble, held in Jeddah Saudi Arabia in 2018. For the first time ever, 50 of WWE’s top superstars went the distance in a match that lasted a total of 1 hour and 17 minutes, making it the longest recorded Rumble match in history.

The match featured the likes of Daniel Bryan, Kurt Angle, Randy Orton, Rey Mysterio and the eventual winner of the match, Braun Strowman, who last eliminated Big Cass to secure the one and only Greatest Royal Rumble trophy.

WWE have yet to repeat a 50-man Rumble match, and with a dwindling roster, you can imagine the 2018 edition will be the sole instalment. Unless they choose to run another match in Saudi, it’s doubtful we’ll ever see a Rumble last longer than this particular episode of the long-standing event.

READ NEXT: What’s The Longest Match In WWE History?