She-Hulk: Attorney At Law: Season 1 REVIEW – Trust And Believe Her

It’s not easy being green. 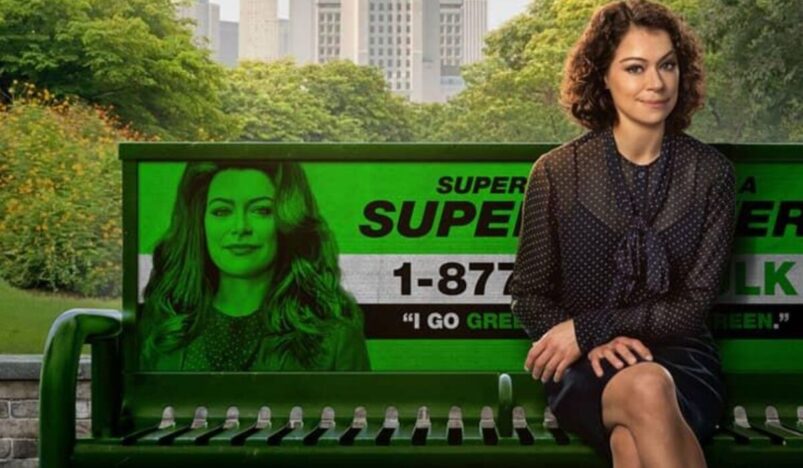 It’s less than three minutes into the first episode of She-Hulk: Attorney at Law before Jen Walters (Tatiana Maslany) turns to the camera and breaks the fourth wall between herself and the audience. She tells us that there’s a really “fun lawyer show” she wants to show us but we won’t be satisfied with that until we know what her origin story is.

It’s a slightly confronting moment even when delivered from behind Maslany’s bright smile, that indicates that the creators of She-Hulk are conscious of how their show will be received, what the audience expectations are for a show introducing a new superhero, and that they have to give into those expectations. This direct-to-camera exchange is a subtle indictment of those watching and communicates that this show has a specific point of view and message they are trying to communicate despite what the fans or studio expect.

The origin story, shown early in episode 1 involves Jen being in a car with her cousin Bruce Banner, there’s a crash, both of them are bleeding, and then Jen Walters can turn into a Hulk. It’s frustrating to hear the main character say there was pressure or the expectation to put that on screen first because it shouldn’t matter if we know how someone got their magical turn-green-and-strong powers in order to care about who they are as a person. It’s an indictment of the audience, explaining the tone of that first turn to the camera, that the creators didn’t think they could make a show that focused first on who Jen Walters is as a woman before justifying her existence as a superhero.

After seeing how the car crash and the revelation of Jen’s powers the rest of the first episode focuses on her relationship with Bruce and learning how they relate to their hulk powers. It’s taken years for Bruce to integrate the two parts of himself while Jen can do it immediately because that’s something she’s already learned to do. She knows how to control her anger because being a woman in the world she’s forced to do that every day so she doesn’t get labeled an “angry woman”. She knows and understands her anger in a way Bruce never had to, the only difference for her now is she becomes seven feet tall, green, and has amazing hair.

This episode works because it gives the characters time to process what happened without feeling like the only purpose of the conversation is to set up what’s coming next. It feels honest and intimate in a way that subsequent episodes until you get to the end of the season, won’t. Going into episode two the whiplash of the change in tone is immediate. The focus shifts from understanding who Jen is to explaining everything that’s going on around her. You learn who her friends are, meet her family, learn why she lost her job, see her get a new job, learn how all of this fit into the rest of the MCU, meet old characters from the MCU, and see where the Hulk goes after the first episode.

All of this happens in just the second episode, which is more than a twenty-five-minute episode of a comedy can handle, but even subsequent episodes will struggle to replicate what worked so well in that first episode. One of the central conflicts established in the second episode is based on how Jen presents herself in public and the fact that people seem more interested in She-Hulk than Jen Walters. It creates a certain identity crisis where Jen is never totally sure what people want from her. It’s a unique internal conflict for a superhero, but as the tone and structure of the show shift towards a comedic sitcom in the middle of the season, these sorts of interesting thematic questions take a back seat to the comedy.

The middle group of episodes is when the show starts to turn into the fun lawyer show it was initially described as. These episodes are free from the weight of MCU continuity in the way the first two weren’t, and they don’t have to establish any backstory. Once the rigidity of the MCU fades away, it becomes more like a sandbox full of interesting characters and weird possibilities instead of a burden. They have the space to think about what Wong’s dating profile looks like and whether or not a Thor speech establishes a legal precedent.

They are interesting and funny in a way that goes beyond the quippy, sarcastic, people-don’t-talk-like-that humor that’s defined many of the early MCU movies. The comedy and social commentary, even when making pretty basic points, are aimed directly at shitty men who make Jen’s and her friends’ lives worse. There’s consistency in who and what type of people it is poking fun at, which helps carry on some of the themes and interesting questions from the first two episodes. This begins to work against the show as the season goes on and comedic bits or funny scenarios take the place of conversations or moments that would allow for character or thematic development.

A direct effect of this tendency is the underdevelopment of any character not named Jen. There are only a few scenes that she is not directly involved in, but they are when the show struggles the most. Even by the end of the season, Jen’s best friend Nikki (Ginger Gonzaga) has very little characterization outside of her proximity to Jen and there’s even less for her coworkers, family, and villains. This is the same problem mentioned earlier when talking about how the show develops its themes throughout the season. You can’t develop themes or characters by replacing conversation with comedic bits.

There are moments when the show manages to pull together everything it does best into a single scene and give evidence of what it can be. A scene that stands out from one of the later episodes is a superhero group therapy session with Jen and other unknown heroes. It’s a weird scene that highlights the breadth of the MCU but also shows how good the show can be when it lets characters talk to each other. From just a few moments of each hero talking to the group, you get a sense of who they are and what brought them to this place. The scene is exploring what it’s like to be a hero and it works because it’s not trying to be more than that.

In fits and starts, She-Hulk is about how society treats women and how it responds to women who are not always quiet, docile, and agreeable, but it varies in how much it foregrounds that messaging throughout the season. It’s the anchor of the initial episodes but then fades in the middle, until it becomes the focus of the final episodes when an audience is forced to respond to the contradiction that She-Hulk represents.

In the moments when the show specifically discusses what it’s like to be a woman in a workplace or out in the world, it is unequivocal about the fact that their acceptance is often conditional on not making the men around them uncomfortable and not showing anger. It’s a critical message but it gets a bit lost in everything else that the show has to do. There were documented production issues on this show and showrunner Jessica Gao has talked openly about how they changed the content and order of episodes to appease audience expectations.

You can see that inconsistency when you watch the whole season and there’s an unfortunate irony that the text of the show ended up affecting its own production. I did enjoy this season of She-Hulk and I hope they make more, but if they do, I hope they trust Gao and Maslany and the whole creative team to make something sharp, funny, and weird that isn’t worried about giving the audience what they want. They’re not always right. 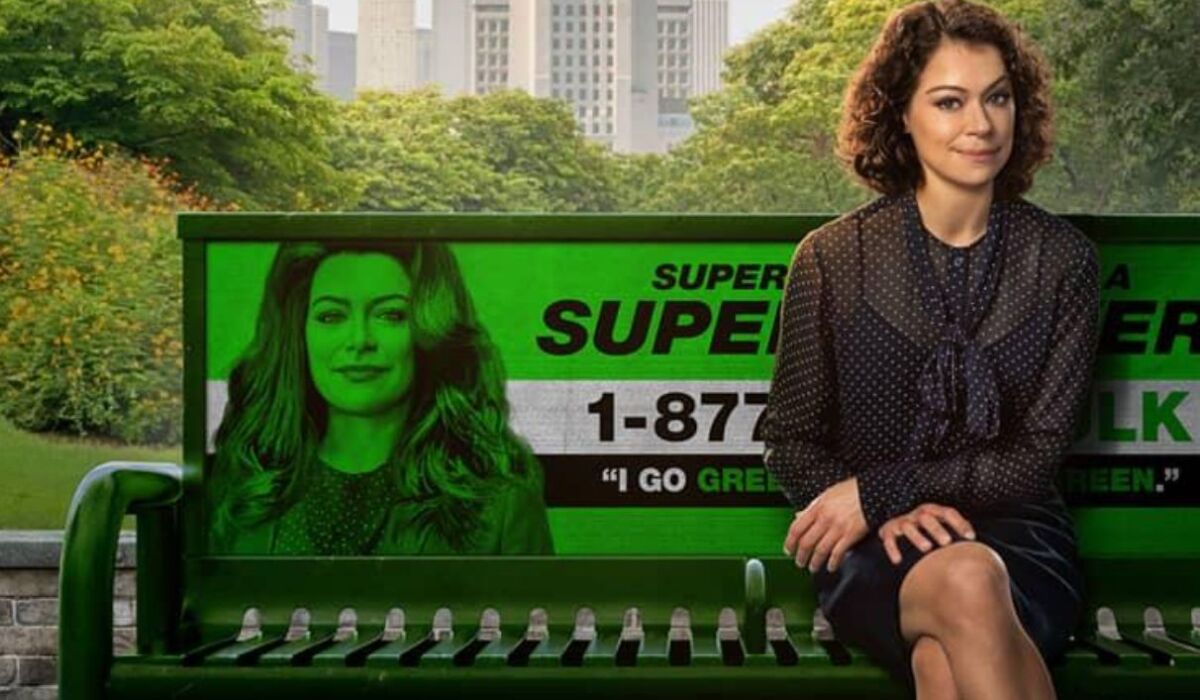 Verdict
A funny, weird, inconsistent addition to the MCU with an important message that gets lost in everything it tries to do.
7.5
Cultured Vultures is a pop culture website established in 2013 covering all things gaming, movies, and more. We eat your words.
All The News On The Biggest Games