The Possible Meanings Behind Shazam! Fury Of The Gods’ Name

What's in a name, you ask? Apparently, a whole lot. 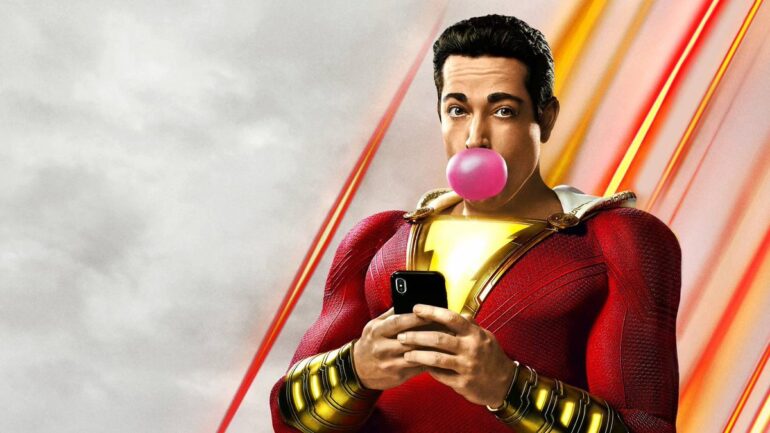 DC FanDome was an undoubted success this past weekend, as Warner Bros and DC responded to the unfortunate cancellation of San Diego Comic-Con. The intention of the unique convention was to reveal surprising news about the DC Extended Universe (DCEU), the Arrowverse Television franchise, DC comic books and video games. Unsurprisingly, this included exciting appearances from figures such as The Batman director Matt Reeves, the new Batman Robert Pattinson, The Suicide Squad’s director James Gunn, and Wonder Woman 1984’s auteur Patty Jenkins.

After the success of the initial Shazam!, the inevitable sequel was unfortunately delayed to November 2020. Despite this, the DC FanDome offered an opportunity for David F. Sandberg and lead star Zachary Levi to reveal the first breadcrumb for the sequel as they confirmed the movie’s name. Shazam! 2 has been rebranded as Shazam! Fury Of The Gods.

What’s In A Name?

The decision-making behind this new name is interesting, as it shows a development from the human element in the original (focusing on family and human sins) to a grander affair. More specifically, while the original film introduced us to Billy Batson and his new foster family, showing the humanity behind the superhero, the sequel sounds like it’ll move towards Shazam! himself. This would especially make sense now that Billy is not the only superhero, and is joined by the five members of his foster family, Freddy, Mary, Darla, Eugene and Pedro. With all six now empowered by Shazam!, they’d want to know more about its background.

The word ‘Shazam’ is actually an acronym, with each letter representing a different famous figure and the ability Batson gains from them:

S – Solomon, a wise king from the Bible who grants Wisdom.
H – Hercules, a Greek demigod who grants Strength.
A – Atlas, a Greek Titan who held up the sky and grants Stamina.
Z – Zeus, the Greek god of Thunder who rules Mount Olympus and grants Power (specifically lightning).
A – Achilles, a Greek warrior who grants Courage.
M – Mercury, a Roman god of travellers who grants Speed.

As shown, several of these figures are actual mythical gods, meaning that the young superheroes have to come to terms with the level of power they now possess. This could create conflict between some of the family, specifically Billy and the physically disabled Freddy, whose close relationship in the first film had displayed elements of clashing over responsibility. However, despite the darker elements this could introduce, there’d likely be accusations of forced issues between the family. That’d be especially disappointing considering the closeness of the family in the first film was one of the undoubted highlights.

Instead, the DCEU may have the answer as Fury Of The Gods is currently set for November 4th, 2022 – which means that it will arrive in cinemas almost a year after Black Adam. The spin-off will star Dwayne Johnson as the titular character, hinted at in Shazam! as the original holder of the powers mentioned above. The intent of Black Adam is to introduce the character separately before eventually meeting Shazam.

Black Adam, however, according to the original comic books, is actually empowered by Egyptian gods, specifically the following:

S – Shu, a god of air and wind who grants Stamina.
H – Heru, a god of sky, who grants Swiftness.
A – Amon, the king of gods, who grants Strength.
Z – Zehuti, the god of wisdom, writing and judgement, who grants Wisdom.
A – Aten, seemingly a representation of the Sun, granting Power (similar to Zeus’ Lightning strikes).
M – Mehen, a mythological snake-god who grants Courage.

As can be seen, despite being empowered by a separate collection of deities, Black Adam is similar in power to the entire Marvel Family, but with more experience. If Black Adam left the original wizard Shazam! because of the corruption of man hinted at in the first film, it makes sense for Adam to feel insulted by the appearance of the new Marvel Family. The only question is, does the plural in the Fury Of The Gods refer to Adam’s powers, or does it actually hint towards gods, plural, as in Adam doesn’t come alone?

Keep It In The Family

Last year, it was revealed that Black Adam will be joined by several well-known DC characters, specifically Hawkman, Dr Fate, and most interestingly of all, Isis, who is described as “the wife of Black Adam”. Described as having control over nature, Isis was successfully adapted as Zari Tomaz in DC’s Legends Of Tomorrow and is visually dynamic on screen. With Isis being based on an Egyptian goddess, it ties into the same background as Black Adam. Isis herself even has another character connected to her that increases the likelihood of being involved, that being her brother, Osiris.

The god Osiris is known as the Egyptian god of death and resurrection and is the inspiration for the DC character. Specifically, Isis has control over nature, and her brother actually has the exact same powers as his brother-in-law, Black Adam (check above for the six gods Adam derives powers from). If the character Osiris says the name Black Adam, he transforms into a Shazam-inspired empowered fighter.

So by connection, you end up with an Egyptian god-empowered Black Adam, flanked by his wife Isis who controls nature, and his brother-in-law Osiris with Egyptian god powers. A sort of rival family for our newly made family of protagonists in Billy and his five foster siblings, which ties perfectly into the habit of having supervillains contrast their heroes. For example, you only need to look at DC’s other films, where a Superman raised on Earth battles a Kryptonian trying to destroy Earth, Aquaman battles both an on-land pirate and an underwater king, and a beacon of peace and hope in Wonder Woman battles the God of War.

Here, we have a young family of heroes newly empowered by Greek and Roman gods, possibly battling an experienced family of villains empowered by Egyptian gods. Even though the odds may seem unfair, with six heroes against three villains, you could look at how Orm in Aquaman was more experienced fighting in water and defeated Aquaman to see how experience can make the smaller team more dangerous. The sequel could even incorporate Mister Mind from the first film to turn the two families against one another, if so desired. Either way, Black Adam, Isis and Osiris are perfectly suited to represent the Fury of the Gods.

READ NEXT: 18 Best Superhero Games You Should Play