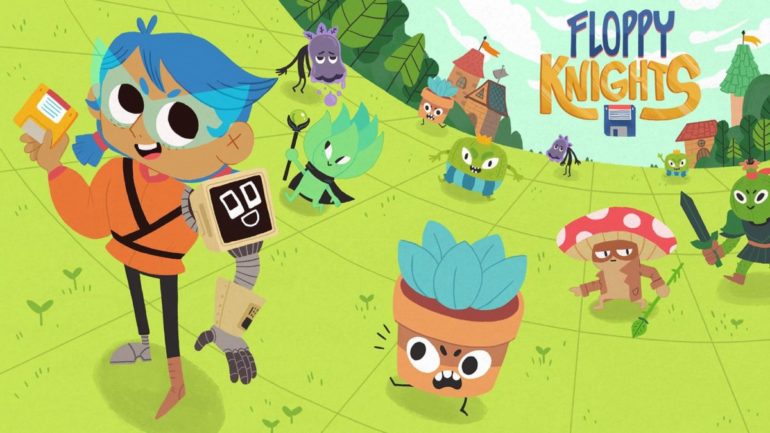 Remember floppy disks? Indie developers Rose City certainly do, as they’re working on a brand new game called Floppy Knights, where floppy disks are used to summon powerful creatures, and it’s coming to Steam later this year. Check out the announcement trailer below.

Floppy Knights aims to combine the tactical elements of games like Fire Emblem, Advance Wars and the more modern Wargroove with the deckbuilding mechanics found in more recent games like Slay The Spire. Your card deck dictates the Knights you can summon, how far they can move or attack, along with if they can upgraded and so on.

The game also features a wonderfully charming art style created by Marlowe Dobbe, who has previously worked on Dicey Dungeons. Rose City Games have also partnered with Those Awesome Guys, the people behind Move or Die and Monster Prom!, who will be publishing Floppy Knights.

Floppy Knights is scheduled to launch on Steam at some point in 2020? Are you excited for this game, or do you think we’ve used the word “floppy” a little bit too much in this news piece? Let us know in the comments.

MORE GAMING:
– 45 Best Indie Games of All Time
– The Most Exciting New Indie Games of 2020 & Beyond
– Nippon Marathon Developers Reveal Action-RPG UEDI: Shadow Of The Citadel