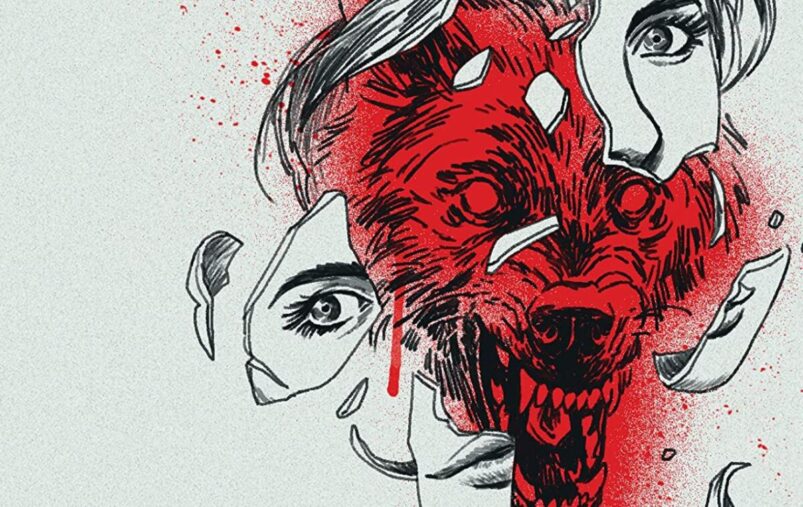 Going into the collection Spontaneous Human Combustion, I was previously familiar with Richard Thomas as an editor – most notably of the anthology of transgressive fiction, Burnt Tongues. While the stories of this collection could certainly be called that, most of them fit neatly in the genres of horror, many with a fantasy and science fiction aspect to them. A strong feeling of regret and a desire for repentance runs through most of them as well.

These themes of regret and repentance are established immediately and obviously in the first story, appropriately called ‘Repent.” This dark character study of a former cop follows him from his childhood where his deep-seated anger at the world came from, to his crimes as a man with a badge, to his final act of penitence to save his son’s life. The story is a neo-noir tale that takes a supernatural turn that, in the hands of a lesser writer, would seem ridiculous. Richard Thomas, however, makes it both convincing and horrifying.

“Requital” continues the theme. This creepy and surreal tale follows Graysen, a white-collar worker convinced he’s committed terrible transgressions. A strange little girl follows him, tormenting him. The story is intentionally hazy and dreamy, capturing the lingering fear of the things he’s done coming back to punish him at any time.

“Nodus Tollens,” probably my favorite story in the collection, reads like a classic tale of horror and suspense. A mysterious stranger named Victor shows up at a poker game David and his friends are having. The stranger goads them into upping the ante on their bets. Eventually, David loses the bet of his own car and a very large sum of money. Rather than taking the car and money, Victor makes a deal with David. When David nearly reneges on the deal, it almost costs him his life. David finds himself trapped in Victor’s game, regretting the greed that led him to it. When it finally comes to a head, David learns that Victor was harboring his own deep regrets that he hopes to use David to repent for. The story kept me hooked from the beginning.

“Ring of Fire” is the longest story in the book and one of the most interesting. Mark, seemingly a scientist working examining the minerals in a frozen tundra, meets a colleague named Rebecca. She’s the only company that he has in the compound and ends up falling in love with her. After some odd behavior by her and some horrific events that may be hallucinations, he finds his mind changing in ways he doesn’t understand. He begins desiring forgiveness for things he’s done in the past, even as he continues his work. The twist in the end of the story genuinely took me by surprise.

Even the stories which don’t explicitly explore themes of regret and repentance, all of them have a sense of something in the past having gone terribly wrong. In “Clown Face,” a clown named Bob removes his makeup to reveal what he really is underneath. It’s strongly implied that Bob was once a human before he became the cannibalistic beast he is. What caused him to become a monster isn’t explored, and it seems as if Bob would not be able to reflect if he tried. Any part of him that could have looked back was replaced with a base desire to consume.

“Undone” begins in the middle of a sentence and, without ever starting a new one, follows two people trying to escape from something terrifying that is chasing them. In the breathless course of three to four pages, we learn the relationship of the two people as they flee, and the nature of the thing chasing them. By the end, the awful truth of the scene we were introduced in the middle of is clear. Both stories also show that Thomas can create vivid and horrific imagery that sticks with you long afterwards.

Spontaneous Human Combustion is a solid collection of horror tales with excellent prose. The underlying dread of something horrible having happened that requires an act of penance, and the terrible realization that it will be inevitably thrust upon you pulses underneath everyone. I highly recommend this book, especially to fans of horror.