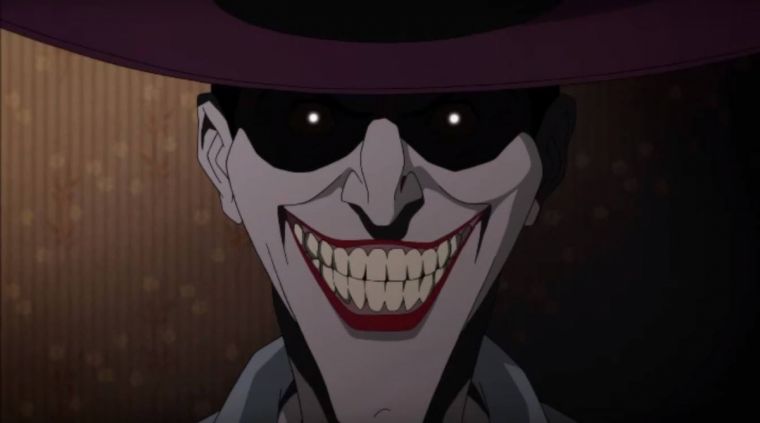 The Killing Joke was a graphic novel originally written as an else-world story, meaning a ‘what if’ scenario which would eventually become canon due to popular demand from fans. It has since become the go to story as the definitive Joker origin, based on multiple choice of course. Also, of course, it also contains one of the most shocking moments in Batgirl’s history.

So, after 28 years of trying to get this story to the big screen, does it live up to the hype and expectation? Well, it’s complicated.

It all started so promisingly. DC announced that fan favourites Mark Hamill and Kevin Conroy would return to voice The Joker and Batman respectively. Also on board was the multi talented Tara Strong as Batgirl, and Ray Wise debuting as Commissioner Gordon. It was also going to be R rated.

If you’ve never read the graphic novel, I highly suggest you do, but if you have you’ll know that’s it’s a relatively short story. However, since the runtime would be around 40-50 minutes if it was page for page, DC decided to try and flesh out the story by adding a Batgirl prologue.

This is where the majority of criticism for this film falls, especially from the fans. Certain creative liberties are taken with the first act. Relationships are explored between certain characters that may have been hinted at or slightly explored before, but this story makes sure you understand what’s happening.

While the writers could be commended for trying to add something new or shocking to the story, there has to be a valid and logical reason to introduce such a huge segment to the story, sadly there’s not. It comes off as forced, jarring and totally unnecessary.

The score is well used in the dramatic scenes, especially between The Joker and Batman. Going back to the voice actors, the dialogue is of course delivered superbly as you’d expect at this point. However, it takes a long time before we get to Mr. J’s scenes, and I really wish there was more from him.

I suppose that’s the mark of a great performer though, always leave them wanting more. Conroy is at his calculating best playing off Hamill, as they so effortlessly do together. Tara Strong is able to flex her Batgirl voice muscles with material she’s never done before. Ray Wise also plays Gordon with just the right mix of courage and vulnerability required for this specific story.

The man tasked with the burden of bringing this long awaited story to the big screen is DC animated veteran Sam Liu. Someone whose list of films fits well with this movie, some of it great and some of it bad.

The scenes where the story follows the graphic novel closely are undoubtedly the best moments of the film. However, I was a little disappointed by how tame and safe some scenes were. Considering the film is rated R I didn’t really feel it throughout.

With a little more editing in some scenes, namely removing some blood and semi-offensive swear words, it could have easily been a PG-13. Now of course this shouldn’t determine the quality of the movie or the story being told, but I wanted the impactful scenes to be a little more, well, impactful.

The conclusion of the film rightly sticks to the ambiguity of the comic. Which will reignite the debate amongst fans over what exactly happens at the end of the story. It’s extremely well done and simply lets the two leads showcase their acting talents without even any score to overshadow the much debated killing joke punchline.

After so much waiting and so much anticipation I can’t help but feel a little disappointed by the result. However, there’s enough here to definitely warrant at least one viewing if not more.