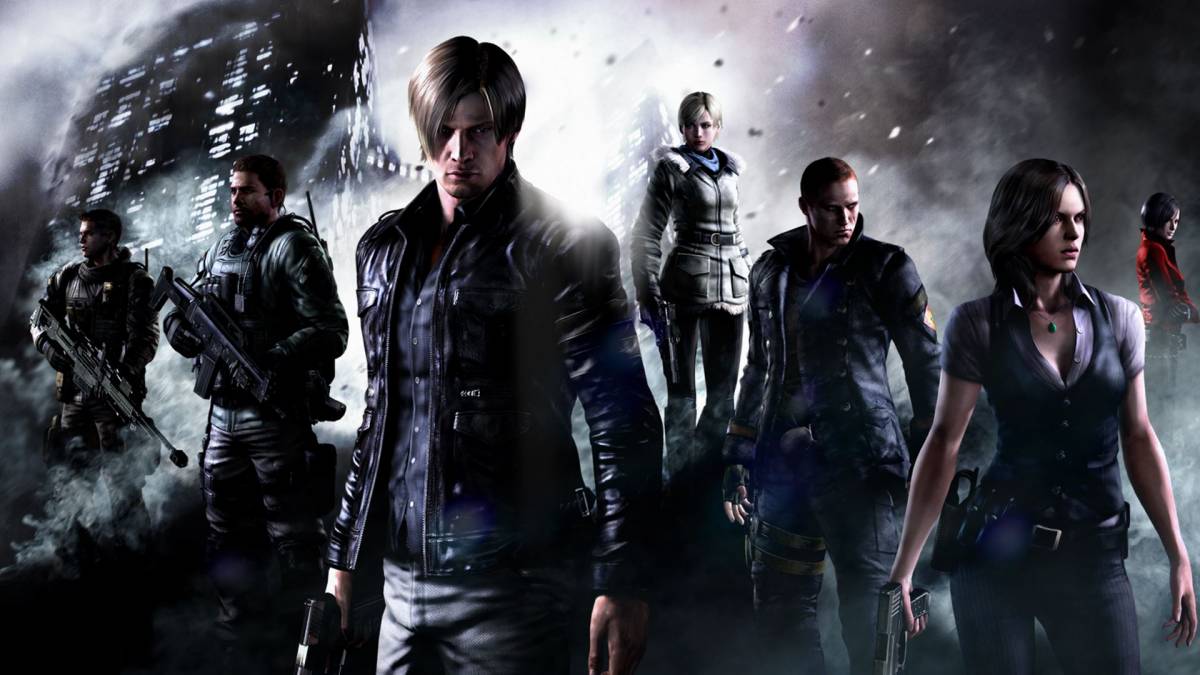 Resident Evil 6 clawed its way onto consoles on October 2nd, 2012. At the time, it felt like an odd direction for the long standing survival horror franchise, a curious mix of genres, playstyles, and disparate influences that didn’t entirely match up. So profoundly unsatisfying was Resident Evil 6 that its follow-up, 2017’s Resident Evil 7, had to basically start over and reboot the franchise. But with the benefit of ten years of hindsight, how does Resident Evil 6 hold up? Was it really the total corruption of a series that it’s been made out to be?

The story feels heavily influenced by modern big-budget blockbusters, as opposed to the haunted houses and paranoid horror thrillers that influenced earlier games. The focus of each level tends toward grand spectacle, like fighting giant monstrosities while in an open cargo hold, or fleeing on foot from a military tank. The looping, branching campaigns mean that players will often visit and revisit the same missions from different perspectives. It’s a neat idea in theory that, in practice, ends up just making players feel the need to keep replaying the game to get a better sense of the full picture.

Mechanically, RE6 continued the inclusion of co-op from RE5, with most campaigns involving a pair of protagonists for players to choose from. The game’s AI pilots whichever character that’s not controlled by the player, and the AI was an improvement over the often comically useless partner AI in Resident Evil 5.

Each campaign did feel notably different, from Ada’s stealth-oriented missions to Leon and Helena’s more horror-focused creature feature story. Across the whole game, the production value was consistently highly detailed, with every monster dripping and oozing with grotesque detail, and every environment similarly stuffed with high-resolution touches.

Despite these mechanical improvements, Critical reception for Resident Evil 6 was, in a word, mixed. Some reviewers championed the more action-oriented direction and the non-stop thrillride version of Resident Evil. Others felt that this title was a true low point for the franchise, creatively and mechanically, that had little worth playing for. Predominant complaints were leveled at the focus on action and bombastic set pieces, and the lack of a concrete sense of place, like the Spanish village in Resident Evil 4 or the West African setting of Resident Evil 5. The four separate campaigns were also called out as being of inconsistent quality.

When considered on its own merits, Resident Evil 6 isn’t the ignoble tire fire that these reviews might suggest. It’s a passable action game with occasional thrilling high points and just as many bafflingly silly low points, like fighting a naked zombie clone with giant spider legs. It’s not a secret gem by any means, but it’s not an affront to the gaming gods.

If we’re trying to find the reason behind all the animosity RE6 suffered, it might be more about the moment in which it was released. While Resident Evil 4 was a critical darling, Capcom may have learned the wrong lesson from it – the excellent balance between nerve-jangling horror and adrenaline-pumping action was a tough ratio to strike more than once. Resident Evil 5, with all its boulder-punching excess, tipped the scale on this delicate balance, and Resident Evil 6 sped on in the same action-over-fear direction.

Resident Evil 6 represented a moment of full, complete change for what the Resident Evil franchise was. While every game in the mainline series basically had the same problem of giving you too much ammo and turning you into a murder machine in the back half of the game, eliminating the tension, Resident Evil 6 started in that extreme, and skipped over the tense, atmospheric elements that initially made the franchise so successful. The problem with Resident Evil 6 is how it just didn’t align with what fans wanted Resident Evil to be, even though the signs of its transformation had been present for years.

After Resident Evil 6, the franchise went silent for a while.  In 2015, Resident Evil Revelations 2 would release episodically, with tactical shooter spin-off Umbrella Corps following the year after. It would take five years after Resident Evil 6 for the main series to return, with the full reshuffle of Resident Evil 7 that brought the scale way down, boosted the focus on horror movie thrills and chills, and shifted to a first-person perspective.

In the years since its less-than-ideal release, Resident Evil 6 has turned out to be somewhat prophetic of gaming trends to come – or rather, gaming trends that existed ten years ago that still haven’t gone away. Games series like Dying Light, Uncharted, and modern Tomb Raider games maintain the same focus on setpieces, and even The Last of Us has a similar cinematic ambition of building every new encounter into a capital-E Episodic moment. Likewise, plenty of horror games are still struggling with balancing player power with vulnerability, and that’s likely going to be a going concern for games of this genre as long as they exist.

With ten years of distance, it’s hard to say Resident Evil 6 deserves all of the scorn that’s been dropped on it, but it’s also hard to claim it’s any kind of diamond in the rough deserving of a grand reappraisal. It’s the sixth installment in a survival horror series that had long ago strayed from horror movies to action movies as its prime source of inspiration. Like any franchise that gets long in the tooth, it needed some reinvention, and it would eventually get some.

Resident Evil 6 represents an endpoint, a moment where the wave of spectacle broke and rolled back. It may not be a fan-favorite, but it is significant in how it shows a key moment in time for Resident Evil, for horror games, and for games at large. And who knows? The most recent Resident Evil games have been eager to reference and remix elements from previous titles – maybe Resident Evil 9 will pick RE6 up, dust off the cobwebs, and bring us a brand new version of it. Only time will tell.

READ NEXT: 10 Games Like Resident Evil You Should Play