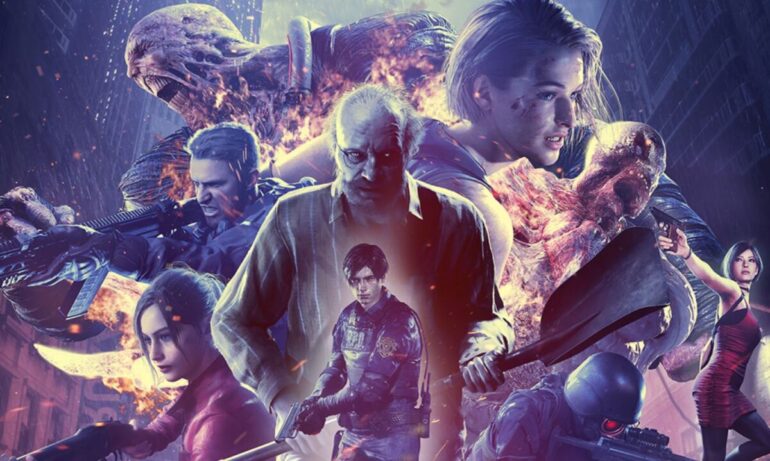 It all started with a creepy mansion tucked away in the mountains on the outskirts of peaceful Raccoon City. From the first outbreak of the T-Virus, the Resident Evil series blossomed into a cornerstone of survival horror gaming, spanning everything from classic third-person horror to rail shooters and chaotic multiplayer firefights.

While not every entry appeased fans, it’s difficult to deny the influence Capcom’s ongoing horror anthology had on gaming. In fact, if you’ve exhausted the series thrice over and want a similar experience, this list of games like Resident Evil can help steer you in the right direction.

While they’re not all Resident Evil “clones,” the influence of Umbrella’s outbreak is evident in tone, style, and mechanics. We’d venture to guess that if Resident Evil didn’t exist, a good portion of this list wouldn’t, either. Alas, if you need your survival horror fix and really enjoy Resident Evil, one of these games should fill the void.

Alien: Isolation may have predated Resident Evil’s mainline shift into first-person territory, but if you enjoyed the slow-burn horror and meticulous exploration of Resident Evil VII, you’ll want to sink yourself into Amanda Ripley’s unfortunate introduction to the Xenomorph.

Resident Evil VII wasn’t about massive set pieces and action-packed segments, and neither is Isolation. Granted, you can do more damage in VII with a small assortment of firearms, but there’s still a similar sense of hopelessness felt in Isolation when Jack Baker stalks you ruthlessly. Like the Xeno, Jack is nearly unstoppable, posing a massive roadblock to your progress.

You may even say Isolation’s big baddy is quite similar to Resident Evil 3’s Nemesis or Resident Evil 2’s Mr. X in that none of them have boundaries, and once they get wind of you, you’re pretty much hosed.

Released two years after Resident Evil, Deep Fear came about in the age of “if it’s a third-person survival horror, it’s a Resident Evil clone.” And, to be fair of that critique, Deep Fear does borrow a bit from Capcom’s outing to Raccoon City.

The Emergency Rescue Services (ERS) that protagonist John Mayor serves with is just a less cool S.T.A.R.S., and the cosmically radiated bacteria resulting in the game’s monstrosities is really just a more complicated T-Virus.

Deep Fear has some of the charms of the original Resident Evil, with plenty of overacting and corny dialogue. However, it does its best to pave its own way, and haunt players with a horror tale set deep in the Pacific. Most surprising of all is that it mostly worked.

Deep Fear isn’t one of the worst games like Resident Evil, merely one forgotten by the years of AAA survival horror titles that have released since.

There’s a good reason why Daymare: 1998 looks and feels like a Resident Evil game. In its earliest incarnation, it was a remake of Resident Evil 2, utilizing the over-the-shoulder view popularized by Leon’s trip to Spain in the fourth entry. While franchise fans were hyped for Resident Evil 2 Reborn, Capcom wasn’t too keen on the idea, and after a quick meeting with the team at Invader Studios, the remake was dead.

But, not to be the villains of this story, Capcom did urge the development team to keep working, as they had a solid concept and gameplay that could be molded into a new IP. And thus, Daymare was born.

Daymare is a quirky third-person survival horror title that could feel like a Resident Evil spin-off if the IP was available. There are zombies, secret organizations, and top-secret research that all culminates in your typical 90s survival horror plot. Don’t get us wrong, there’s nothing wrong with that. In fact, it makes us slightly nostalgic for the days when it was just one organization doing some very bad things.

If “samurai Resident Evil” sounds cool to you, then you’ll want to boot up your PS2 and slip in 2001’s Onimusha, or check out its later remaster.

Things changed a little from Yoshiki Okamoto’s original concept of a Resident Evil-styled ninja game set in a claustrophobic mansion riddled with booby traps, but the finished product still carries many elements of the classic survival horror experience. In fact, Onimusha was built on the system used for Resident Evil, and it’s noticeable in the melee-focused gameplay.

Rather than duke it out with the undead and B.O.W.s, protagonist Samanosuke Akechi is up against demons and the occasional puzzle. Both are still very inspired by the monstrosities of the Spencer Mansion, making Onimusha an unexpected way to get your Resident Evil fill.

Onimusha spawned a series of sequels and spin-offs that kept many of the same elements intact.

Sometimes, it was just bad luck that your horror title would be immediately compared to Resident Evil. Take Parasite Eve, for instance. On the surface, the two may look like they play similarly and follow the same boots. Dig deep into the Square-developed action-horror title, though, and you’ll find that Parasite Eve has a bit more to offer with its role-playing elements and turn-based combat.

If you loved Resident Evil but can admit it can be a little shallow, you may easily fall in love with Parasite Eve. The story takes some strange turns, as expected from Square, but the gameplay really makes you pay attention to the character location in relation to her enemies, resource management, and evading deadly attacks.

Okay, that absolutely sounds a lot like Resident Evil, but imagine if Resident Evil was married with Final Fantasy. That’s Parasite Eve.

If you told us back in 2005 that we’d still be talking about Obscure today, we wouldn’t have believed you. Back then, it was a pretty generic survival horror game very clearly following in the long-running footsteps of the survival horror giant, Resident Evil. Today, though, it’s far easier to appreciate what Obscure pulls off because it’s actually not a Resident Evil ripoff.

Trapped within their school, a group of teens must work together to uncover the mystery locked away in its academic bowels. Turns out, there are bigger mysteries in school than the real ingredients of Taco Tuesday. What culminates is a delightful survival horror couch co-op experience that lets you enjoy the thrills with a friend. Monsters cause trouble, bad guys cook up insane schemes, and unlikely heroes rise to the occasion. It’s all fairly standard.

Save for the couch co-op, Obscure is nothing game-changing. But it is a suitable replacement for those wanting to step away from Capcom’s land of the dead and check out games like Resident Evil.

The Evil Within oozes that Resident Evil look and feel. That’s probably because the creator of Resident Evil, Shinji Mikami, returned to form to guide Sergeant Sebastian Castellanos through a psychologically terrifying trip. The Evil Within punches up the horror from Resident Evil, delivering on true frights and thrills by bending and twisting reality.

Mikami stepped in during a time when Resident Evil was shedding its survival horror skin and developers were favoring action-packed shooters. The true lack of survival horror inspired Resident Evil’s creator to return to his roots, and we’re absolutely glad he did to deliver this slow-paced third-person shooter.

The Evil Within can be a little punishing, but any shortcomings are made up for by grizzly fiends and brutal butchers. There’s even a blood witch that manifests in piles of blood, and, at the time, it was quite scary.

Two very important things happened in the 90s to lead to a survival horror dinosaur game. Resident Evil and Resident Evil 2 were released, and Jurassic Park and The Lost World dominated cinemas. Dino Crisis is the marriage of the two mediums, replacing zombies with giant velociraptors and Tyrants with the prehistoric Tyrant King.

Dino Crisis was a brilliantly crafted game that showed the source material a ton of love while trying to bring something new to the table. There are some gameplay changes, but the overall experience is very similar to its roots.

Dead Space may have introduced Isaac Clarke and the necromorph threat, but it’s the sequel that pushed boundaries, expanded its scope, and continued to make monster dismemberment fun.

Dead Space 2 sees Clarke having a very bad day. A rescue attempt from the Sprawl space station turns deadly when the necromorphs return to make Clarke’s day a living hell. Thankfully, Isaac is still a master of the Plasma Cutter, and his foes are still very squishy.

Dead Space 2 is a noticeable improvement over the original, delivering better scares, cooler set pieces, and worse odds. It’s how sequels should be done and serves as a masterclass in survival horror.

The atmospheric and moody world of Silent Hill was a great way to introduce a new IP. Unfortunately, it suffered by releasing after Resident Evil, so it very quickly gets compared to Capcom’s horror romp. If there’s one thing it does better, though, it’s monster design, and it’s that element that carried over to Silent Hill 2 and helped spawn two of horror gaming’s most iconic monsters.

Pyramid Head and the deadly Nurses show that Konami wasn’t messing around with its sequel. It’s a stark improvement over the original, with smoother controls, a more coherent story, better foes, and a general solemn moodiness that would carry over to future titles. James Sunderland is a tragic character with a past we just can’t look away from, even if it’s responsible for the horrors that lie ahead.

Silent Hill (1999) may have launched the series, but it was the sequel that shot it to stardom and helped get away from that ever dreadful “Resident Evil clone” label.

READ NEXT: 10 Games Like Mass Effect You Should Play