Or how to stop the game being such a, fneh, TYRANT. 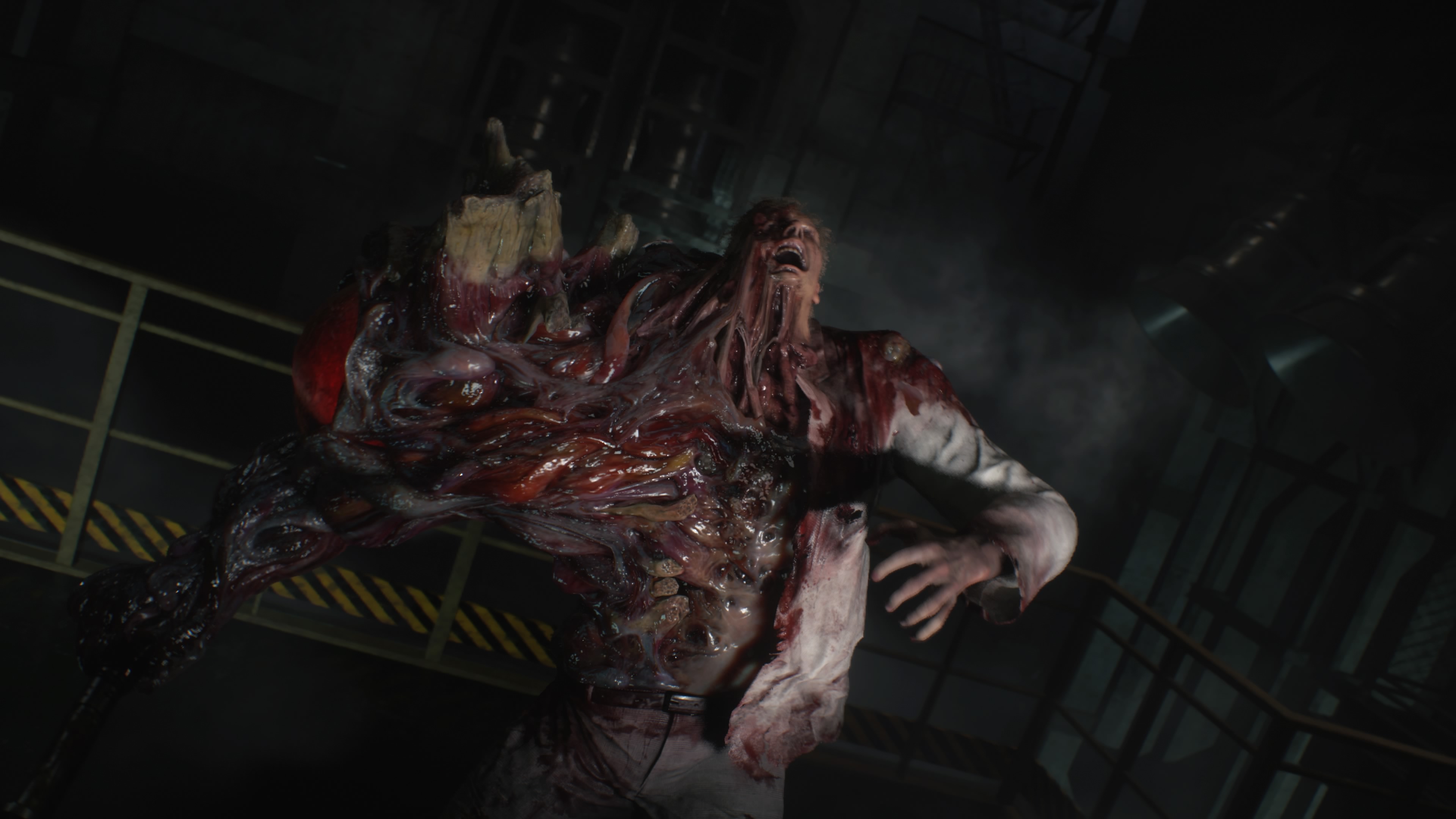 Releasing tomorrow (January 25th) for PC, PlayStation 4 and Xbox One, the Resident Evil 2 remake doesn’t quite match the original game in terms of brutal difficulty thanks to more modernised mechanics, but it’s certainly no walk in the park. There are some difficulty spikes that you may not be prepared for and the task at hand being a lot to take on towards the game’s final third, so you may need some Resident Evil 2 tips to stop the pain.

Some of the tips you find below will be stuff that you should remember throughout the course of the game whereas others you should do early on to set yourself up for later success. If you want a chance of seeing the True Ending in Resident Evil 2 without resorting to YouTube, here are some straightforward pointers to follow.

1. Store Everything
Seriously: don’t use a lot of healing items and ammunition in the early sections of the game unless you can help it — you’re going to need all the help you can get from the Sewers onwards. Resident Evil 2 (at least on standard difficulty) loves giving you plenty of resources when you’re but a scared bunny in the Police Station, so save stuff like First Aid Sprays and more “exotic” ammo in your item box for later on. You’ll hate yourself if you don’t.

2. Aim For The Legs (Sometimes)
Resident Evil 2’s zombies seem to have have metal plating in their heads as a simple headshot won’t always get the job done (though shooting them in the open mouth or forehead can sometimes seemingly cause an insta-kill). When you’re low on ammo or rushing to get away from a bigger bad, consider bringing zombies down with a few shots to the kneecaps instead, which will allow you to get away faster as they collapse to the floor like the big dumb idiots they are.

3. Heal When You’re On Danger
You have three levels of health in Resident Evil 2: fine, caution, and danger. The temptation may be to heal every time a zombie takes a nibble on your throat, but it’s far more economical to only heal when you’re on danger. You will burn through fewer heals this way as you can survive almost all attacks in the game when on caution, but beware of this tactic when you’re going up against bosses. 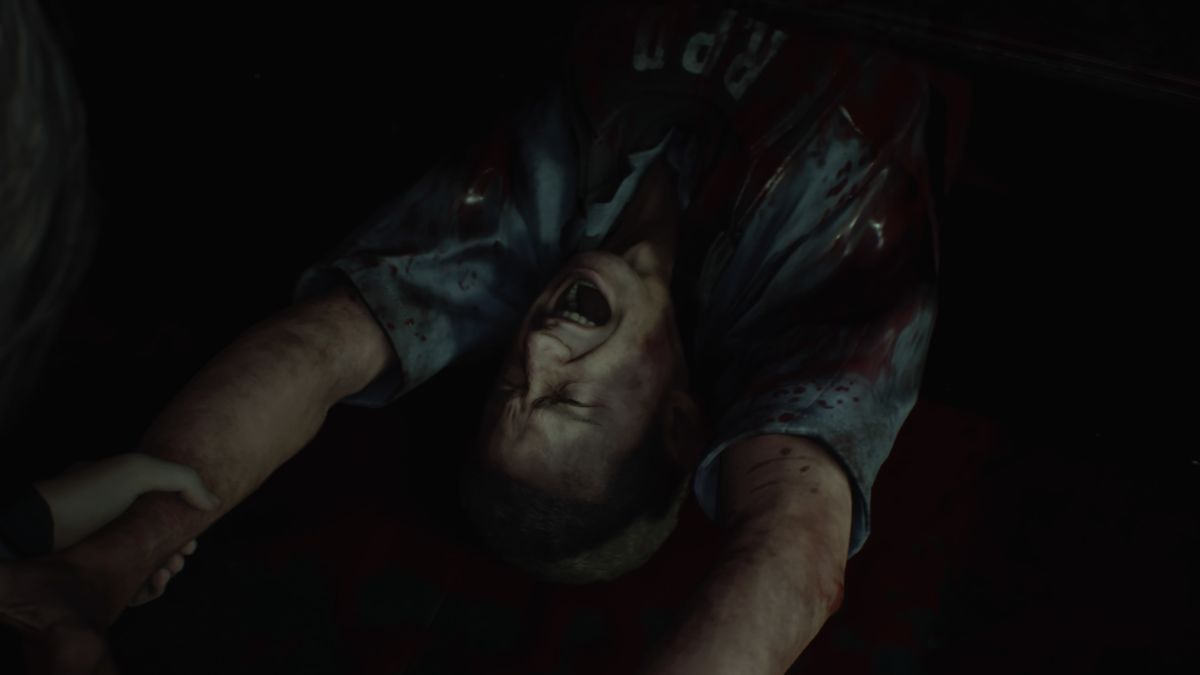 4. Complete The Statue Puzzle
Your starting weapon just won’t cut it after a while in Resident Evil 2 despite the ability to upgrade them with some (fairly well hidden) modifications. You can find a Shotgun and Grenade Launcher for Leon and Claire respectively without much fuss, but following the pretty convoluted statue puzzle will net you the Magnum and Uzi for Leon and Claire respectively, too. They’re both useful for different situations, so be sure to check out our guide on how to get them.

5. Sometimes You Just Gotta Run
There’s no shame in it. Resident Evil 2’s resource management and increasingly difficult enemies mean that running away is simply the best course of action sometimes, but don’t forget to bring up your map and check where you’re going. The absolute best bet to get away from certain death is to make a beeline for any room that has a typewriter and item box as, to the best of my knowledge, enemies cannot attack you there. Take a second, compose yourself, and then peek around the corner of the door and plot your next move.

6. The Bigger They Are…
…the harder they fall. There are many different zombies in Resident Evil 2, but the, erm, “chunky” lads are those that are likely to cause you the most trouble. Not only do you sometimes have to sink nine or ten bullets into their head before they drop, but they also have a nasty habit of getting back up two or three times. Whenever you come across the fatter, taller zombies, it may be better to take away their mobility instead of using all your bullets up to get them gone for good. 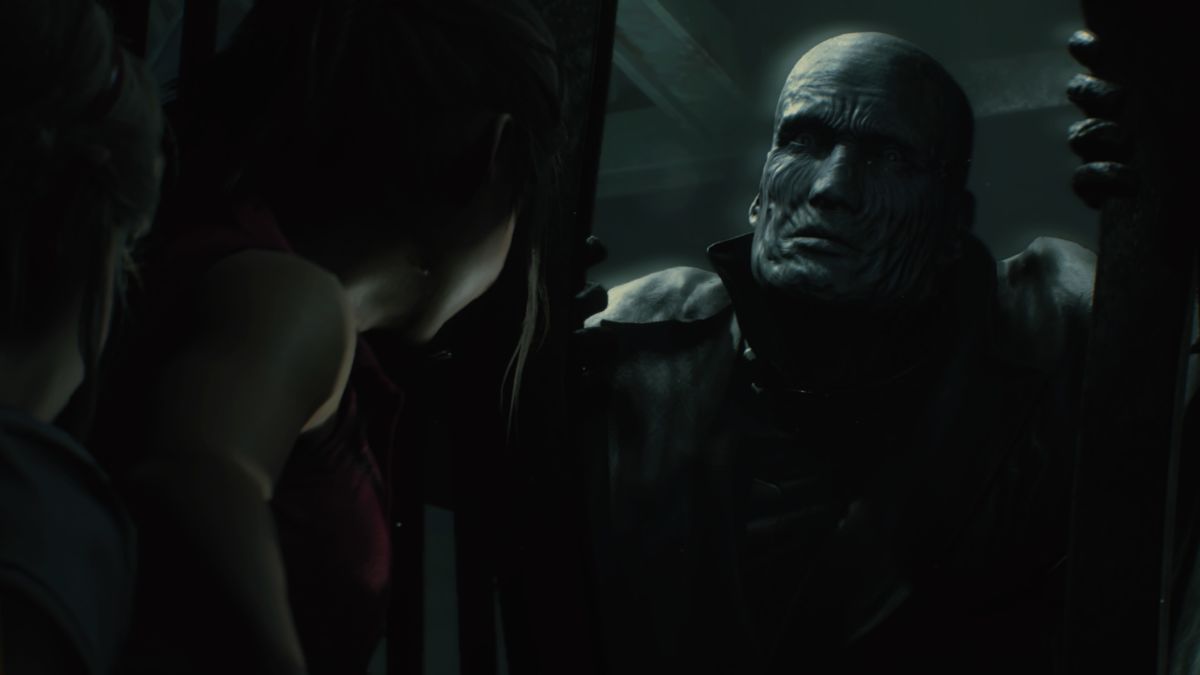 7. Always Have A Sub-Weapon
Resident Evil 2’s sub-weapons will save your life on many different occasions. While you can actually equip them to throw/stab, it’s recommended that you just leave them passively equipped in your inventory. This way, whenever an enemy grabs you, you can hammer a button to fend them off with a sub-weapon, which include knives, frag grenades, and flash grenades, the latter two you can shoot after jamming into the mouths of the undead for extra style points.

8. Steady Your Shot
While it may be difficult to relax yourself when you have monstrosities lumbering towards you, shooting in quick succession is a good way of wasting ammo. Instead, line up your shot and wait for the reticle to tighten up on your target for your shot to land exactly where it needs to. This is especially vital for the Magnum, which has a huge spread unless you really hone in and take your time.

9. Learn Your Mixes
Just found a single Green Herb? Don’t use it, ya nelly. Store it away to combine it with one or two other Green Herbs or as an even more potent mix. Combing a Green Herb with a Red or Blue herb (or both) can help with guarding against poison as well as making Leon or Claire take more damage. Using a combination of all three is almost required to get through the game’s toughest sections, so store away this combination whenever you get it until you feel it’s really necessary.

10. Save Often
A staple of any horror game, saving in Resident Evil 2 is considerably less of a faff than it was in the original game. With no ink ribbons required and autosave also the norm (hardcore is another story), you should save whenever you can but make use of how many different files you can have: you never know when you might save just before an unwinnable situation or may need to return to an area for something that you may have missed.

From our Resident Evil 2 review:

“Resident Evil 2 is, quite simply, one of the best remakes of all-time. Capcom have nailed their new vision of a classic just like they did back in 2002 by modernising a decades old game to feel like something completely fresh. Whether you want to take a trip down memory lane or are just experiencing the disconcerting decadence of the police station for the first time, Resident Evil 2 is the first essential purchase of 2019.”