Raiders of the Broken Planet (Xbox One) REVIEW 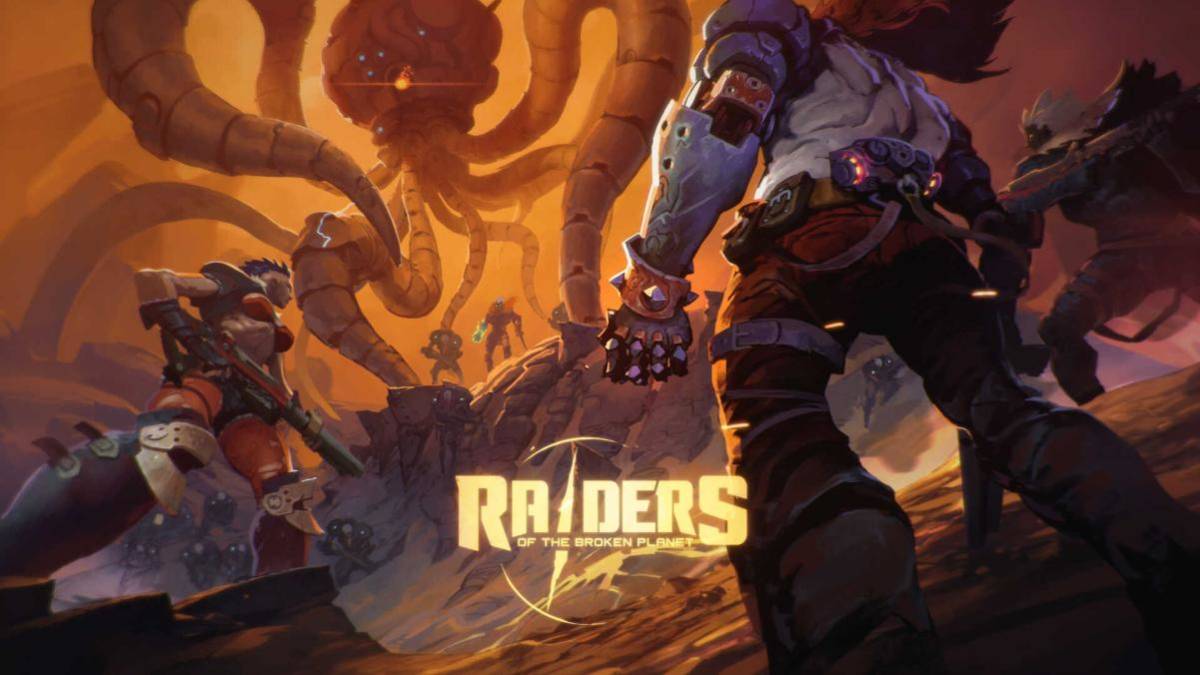 Raiders of the Broken Planet was one of the games at EGX that left me genuinely curious to play more. The gameplay and overall dynamic of the co-op elements gave me cause for positive intrigue, but the unfair enemies encountered towards the end of the demo left a sour impression. After getting some time in with the launch build of the game, those impressions haven’t left, for better or worse.

Raiders of the Broken Planet is a 4v1 third person shooter where you control one of multiple characters with differing abilities. You know, like the rest of them. You must work together to complete a number of objectives in an attempt to liberate the Broken Planet from occupying human forces. Turns out in the future, humans are still really into invading sovereign soil for energy purposes.

Raiders is using an episodic structure to distribute the game, with Episode 1 “Alien Myths” available right now, though players can also download a free prologue to get a taste of the game. This allows players to dip themselves as far as they want to into the world of Raiders, whilst giving MercurySteam the ability to get some form of the game out of the door quicker. It’ll be interesting to see if more games adopt this strategy moving forward. 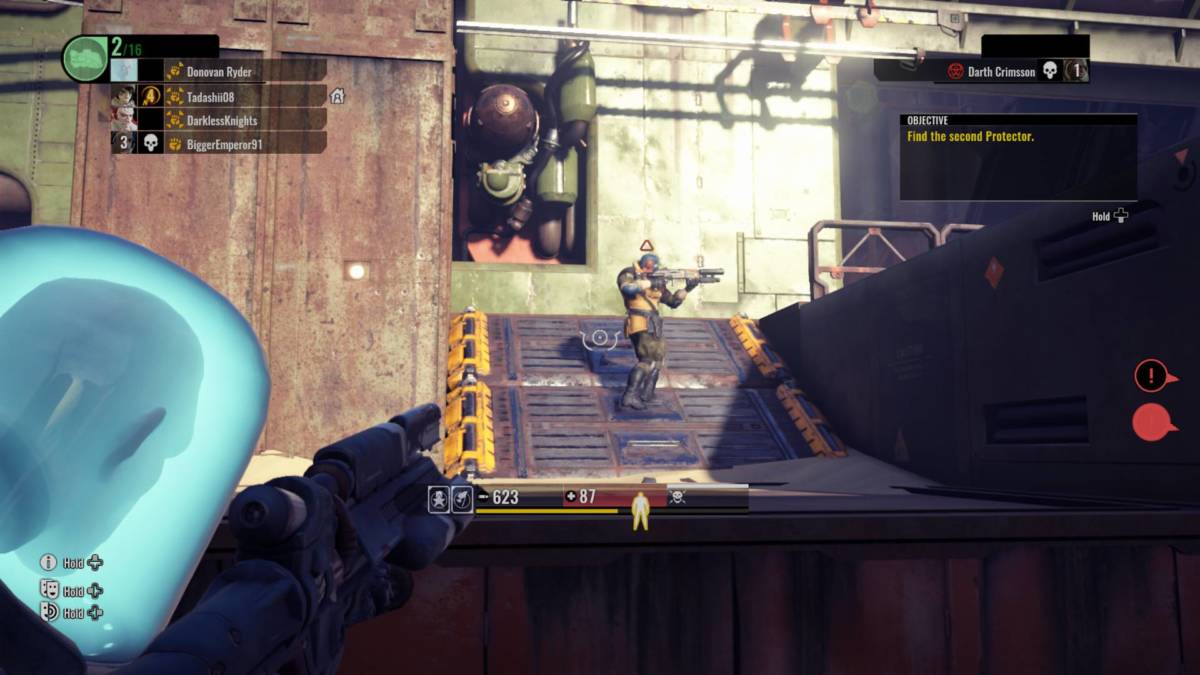 Gameplay can be broken down into a mixture of shooting and brawling. The shooting itself feels good, though it can sometimes feel like your weapons aren’t doing as much damage as you’d like, but it’s the brawling that offers true satisfaction. Fights play out in a rock-paper-scissors fashion, where players can dodge, strike and grapple. Strikes beat grapples, grapples beat dodges and dodges beat strikes.

Initially, players will gravitate towards grappling at every moment, as it’s an instant-kill move that looks good and feels better, but all it takes is one strike to leave you open to counter attacks. Only by varying your strategy can you hope to defeat your opponents. Or you can just play stealthily and grapple your opponents from behind. That works too.

The characters themselves are somewhat hit and miss, as they’re either really interesting in terms of design and ability, or boring and uninspired. Harec, the leader of the Raiders and resident sniper, looks badass and has an ability which allows him to cling to any wall or ceiling and snipe enemies. Each level opens itself up to a world of potential headshotting positions.

Lycus Dion is also a ton of fun to play. His triple-barrelled shotgun would ordinarily make him a close range demon, but his kinetically charged shield takes him to another level. So long as you maintain a full sprint, your shield will remain intact, making him great for rushing points or playing as the Antagonist, which we’ll get into later. 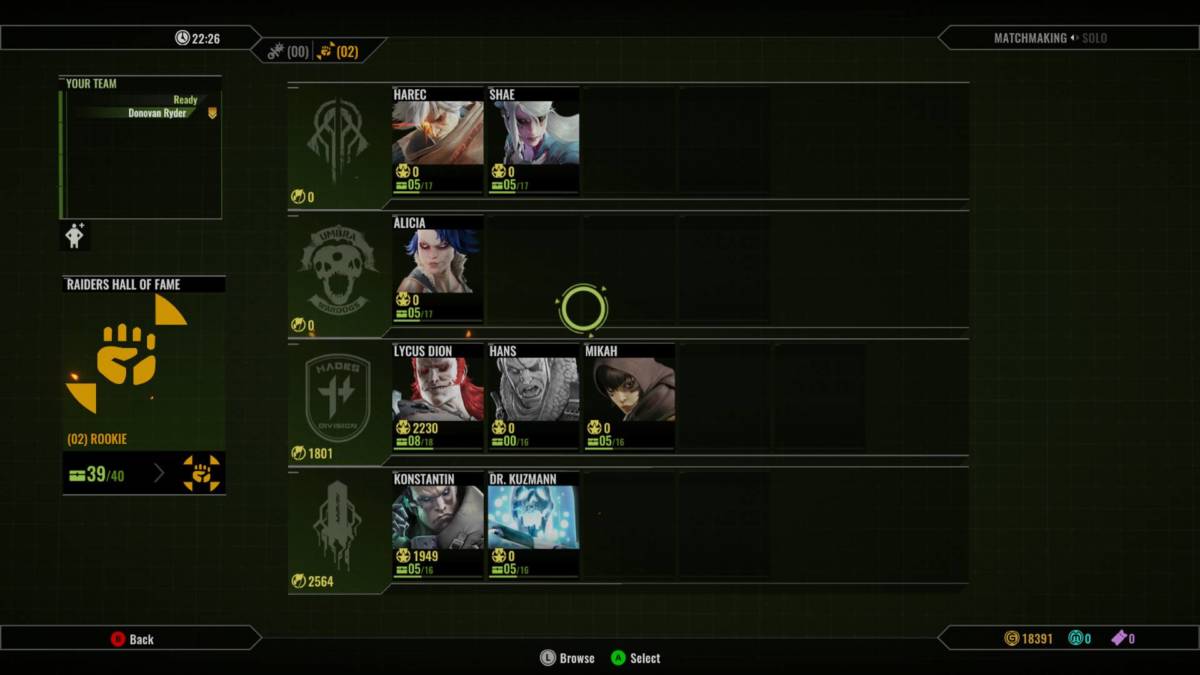 But for every Lycus and Harec, there’s some generic shooter character fodder to boot. Hans, with his wrinkled ball bag face and old timey aviator aesthetic, uses a jetpack and wields a single shot rifle, whilst Alicia looks like your typical punk girl with the ability to jump good. For every Deadshot, there seems to be a Captain Boomerang or Slipknot. Not the band; that nothing of a character from Suicide Squad.

At the very least, each character represents a completely different way to play the game. Someone like Konstantin, who essentially operates as the Raiders tank and uses a minigun, will be in the thick of it much more than Harec, who is more a glass cannon. Though some might not be breaking the mold, they at least stand out within the context of the game. No two characters play the same.

Playing as the Antagonist, the 1 in 4v1, is possibly the highlight of the game, as you work against a team of four to stop them completing the level objectives. You still play as a normal character, but with the benefit of the ever-present waves of AI soldiers that the Raiders will have to contend with. Antagonists must pick their spots, wait for the Raiders to be distracted and strike on any would-be lone wolves, or face death by the combined efforts of the Raiders. 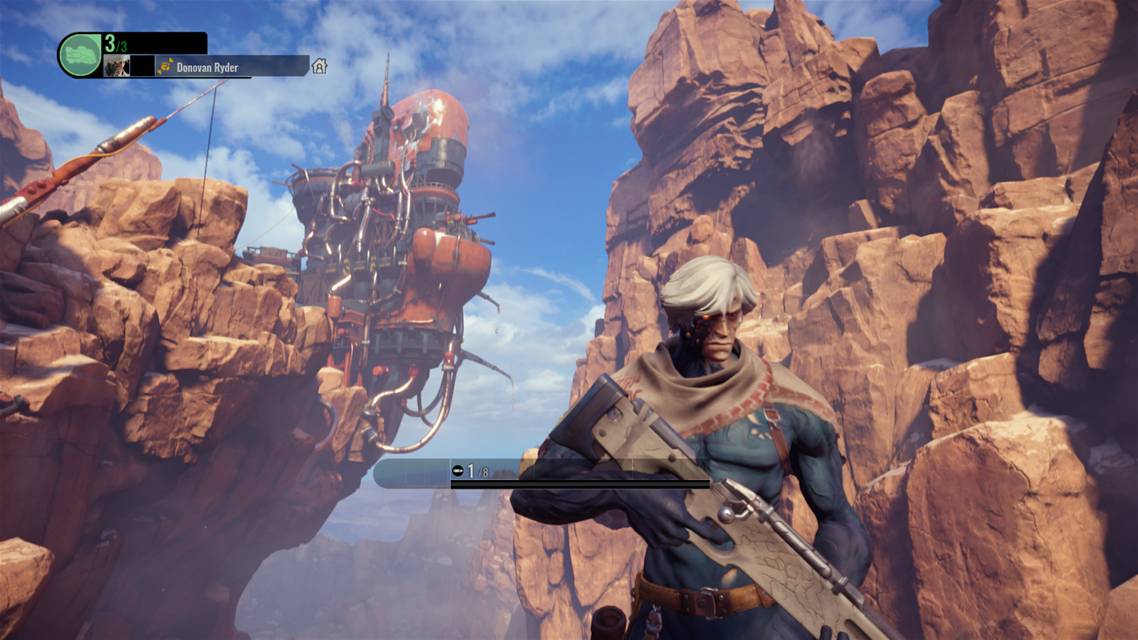 There’s no greater feeling in Raiders of the Broken Planet than being able to defeat a team of four and deny them the sweet taste of victory. There’s a great sense of accomplishment to be gained from the knowledge that your efforts and strategies were better than the combined efforts of four players. That being said, a competent team of 4 players who communicate well should be able to shut down the Antagonist at every turn.

Still, after completing the Alien Myths campaign, I’m still finding it difficult to distinguish whether or not Raiders of the Broken Planet is challenging or simply unfair. It’s all too easy to get one-shotted by various enemies, whether that be a grappling antagonist or a certain animal type creature that pops up at the last level. Sure, there are strategies and counters in some instances, but not others. That animal in particular makes the last level a frustrating experience more likely to cause controller destruction than a marathon session of Cuphead.

The fact you can die almost without warning on pretty much any level will probably be a barrier to most gamers expecting another brainless run ‘n’ gun. Though there are flaws, and it will really try your patience in some areas, Raiders of the Broken Planet has the potential for some real enjoyment, whether that be as the troll-like Antagonist or as part of a band of 4 Raiders. Just don’t say you weren’t warned about those instant kills.

Verdict
Though Raiders of the Broken Planet brings some unique characters and ideas to the table, and can be a lot of fun either as an antagonist or with a full party, it's simply too frustrating to enjoy for any long period of time.
7
Cultured Vultures is a pop culture website established in 2013 covering all things gaming, movies, and more. We eat your words.
All The News On The Biggest Games