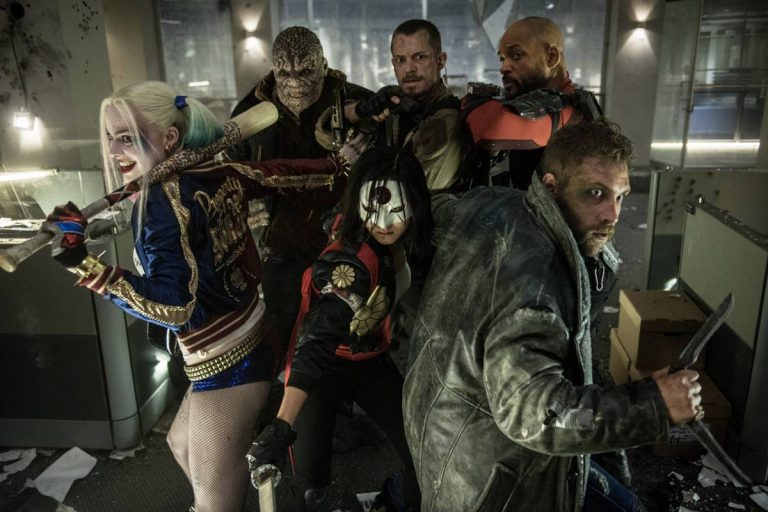 After the mixed reaction of Batman v Superman, the heads over at DC are hoping for a little more unity this time around with Suicide Squad. Will they get it? Well, let’s see.

David Ayer is the man in the director’s chair. Known for such efforts as End Of Watch, Fury and also writing credits such as Training Day. His ability to convey the motives and personalities of ‘questionable’ characters was clearly the reasoning behind DC also giving him writing control.

We have a host of stars for Ayer to play with in this ensemble. Despite the large cast, however, this story is focused around Will Smith’s Deadshot, Margot Robbie as Harley Quinn, Joel Kinnaman as Rick Flagg, oh and a quite popular character known as The Joker played by Jared Leto.

The team is assembled by Amanda Waller, DC’s version of Nick Fury, played brilliantly by Viola Davis. Their mission is to enter a hostile abandoned area and neutralise the threat that could end up destroying them all.

Deadshot and Flagg are constantly seizing each other up trying to impose their authority on Taskforce X, or Suicide Squad as Deadshot drolly states. Flagg sees Deadshot as a cold-hearted mercenary who will do anything for money and bail on the squad soon as things get rough. However, as judgmental as Flagg is, he is hiding a compromising secret from the rest of the squad.

There were fears DC were becoming too serious with the entry of Batman v Superman. They will be gone with this latest entry in the DC cinematic universe.

This is due to the one liners Deadshot expertly rings off and a career-high performance from Jai Courtney as Captain Boomerang. There are two people we all wanted to see who are the highlights of the film, though.

Harley Quinn is fantastically played by Robbie and a real tribute to the animated series where the character was born. The ever debated Joker is also maniacally portrayed by the ever immersive Leto. The chemistry between the two is electrifying at times and sure to be a regular feature in future films.

A criticism I’ve heard a lot is the use of The Joker. People wanted to see more of him. While I agree with that statement I don’t think it’s a criticism. With a character as good as him you will always want to see more of him. We’ve had plenty of Joker in the past and we are sure to have a lot more of him in the future. Remember the film is called Suicide Squad, not Joker. It was nice to see a DC film focusing on its lesser known characters for a change.

A major plus for the trailers were the song choices used. Rest assured the soundtrack is awesome and one I’ll be definitely picking up.

The finale was what you could expect from a plot and premise such as this. While nothing inventive or unexpected happens, you will still have fun watching the squad do their thing. It will definitely leave you wanting more from these characters.