My wallet can only handle so much. 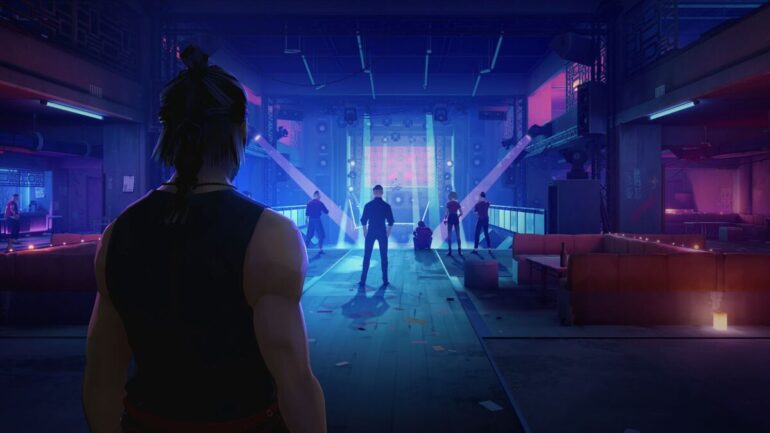 Alright, so this is clearly the most first world of first world problems, but there are too many games. Just a cursory glance at the line-up for Q1 2022 already seems like it’s stacked, with so many games all vying for your attention at once. Sure, not all of these games will appeal to everyone, but there’s bound to be a lot of overlap, and with games costing more and more to buy, gamers are going to have to make savvy choices on which games to support.

February 2022 is the main culprit, and it was already packed before a certain delay, with plenty of big name releases confirmed to be launching in just a two week period. Kicking off with The King of Fighters XV on the 17th followed by Horizon Forbidden West on February 18th, the two weeks after that feature Sifu, Destiny 2’s The Witch Queen expansion (February 22nd for both) and the Saints Row reboot on February 25th. On top of that, Blood Bowl 3, Evil Dead: The Game and Vampire: The Masquerade – Swansong all are set to launch in February 2022. That’s eight big name releases in two weeks. I can already feel my bank account groaning, but it doesn’t stop there.

February is sandwiched on both sides by big name releases, with January offering the long anticipated Elden Ring on January 21st, as the first big game of 2022, along with Pokémon Legends: Arceus a week later on January 28th. Rainbow Six Extraction is also pencilled in for a January release, but with no solid date. As for March, Gran Turismo 7 will launch on March 4th, while Tiny Tina’s Wonderlands is set for March 25th. In between all of that, we have to contend with the releases of Marvel’s Midnight Suns, WWE 2K22 and GTA V’s next-gen version. At least it seems like we’re all agreed on skipping GTA V, right?

Between all of that alone, that’s 16 high profile games launching in the space of 10 weeks, meaning you’ve got an average of almost two massive games per week. No wonder it feels like it’s hard to keep up with upcoming games sometimes. However, that number is based on what was already confirmed going into this week, but recent news has thrown additional spanners into the works.

Techland announced that Dying Light 2, which was originally scheduled to launch in December, has been delayed until February 4th, 2022. If nothing else, it slots into a nice little gap between Pokémon and KOF/Horizon, but it’s yet another massive title competing for your attention, and with so many games already occupying Q1 2022, it’s getting a bit ridiculous now.

It seems like lockdown and the pandemic have created a coiled spring of sorts. I dare not feed into that whole narrative that we’ve been through a gaming drought, because there’s been plenty of amazing games launching over the past 12 months, including Resident Evil Village, Loop Hero, Returnal, It Takes Two, Deathloop, Ratchet & Clank: Rift Apart, The Forgotten City and so much more.

Still, it’s hard to escape the feeling that the releases have slowed somewhat due to delays from external factors, like the fact developers have had to adjust to a work-from-home lifestyle due to COVID. Now that the world appears to be semi approaching normalcy (sort of), developers seem keen to push their games out as quickly as possible, and Q1 2022 is the proverbial dumping ground.

I understand the reasoning, but it’s an approach that’s just going to make things worse for all games involved. Forcing players to make choices between the games launching in Q1 2022 is going to leave some titles hanging in the balance. Why would some players take a chance on a new or riskier IP like Sifu or Evil Dead when most of the other titles are either sequels or new games based on established properties? This is to say nothing of the countless indie games that’ll likely nestle in between the bigger releases. Is there even room for them at the table when it’s so crowded to begin with?

This isn’t the first time the games industry has packed a tonne of games into one specific release window though, as there was a period of time in 2018 where it looked like Crackdown 3, Anthem, Days Gone, Metro Exodus and Trials Rising would all launch on February 22nd, 2019. Ultimately, only Anthem would launch on that day, with Crackdown 3, Metro Exodus and Trials Rising shuffling their release dates by a few days. Meanwhile, Days Gone finally launched in April.

While Days Gone’s shift of a couple of months seems more indicative of the game needing additional polish, the changed release date for the other three games suggests that they were trying to avoid the fierce competition that February 22nd 2019 had provided. While February 2022’s schedule doesn’t feature much crossover on one actual date, aside from Sifu and The Witch Queen on the 22nd, ironically enough, those last two weeks of the month are already stacked. Once Blood Bowl 3, Evil Dead: The Game and Vampire: The Masquerade – Swansong get release dates, it’ll be even more crowded.

As for a solution, I’m not sure if there is one aside from spreading the games out throughout the year, though it’s likely that will happen naturally anyway. With a game like Midnight Suns for instance, which was recently revealed, it’s likely it’ll be delayed at some point, giving us a much needed reprieve from the other massive games launching in Q1 2021. Though, if we’re talking about release windows which need to calm down, October 5th is going to kill me.

I can’t buy Alan Wake Remastered, Super Monkey Ball: Banana Mania and the console version of BPM: Bullets Per Minute all in one day, right?

READ MORE: Sifu Could Finally Sell Me On The PS5’s DualSense Controller