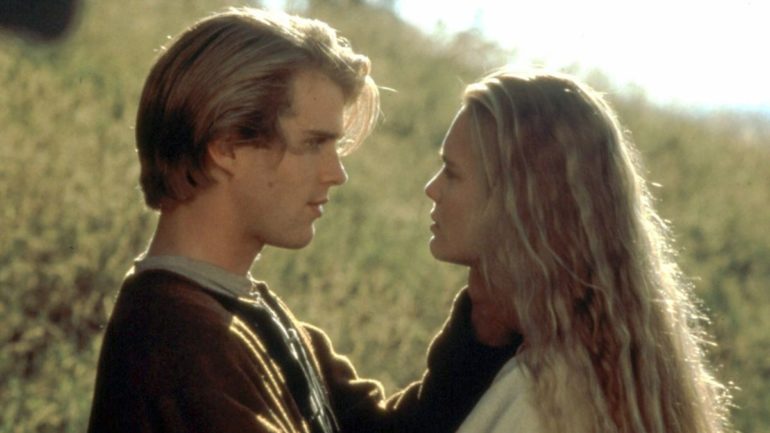 Recent news from a Variety interview with Norman Lear (producer of The Princess Bride) mentioned that “very famous people […] want to redo The Princess Bride”. This news swirled up quite the Twitter storm, with everyone coming to the common consensus that this should not happen. Even the dread pirate himself Cary Elwes came in to offer an opinion – a witty one at that – to once again articulate what we are all feeling: if it ain’t broke, don’t remake it.

There’s a shortage of perfect movies in this world. It would be a pity to damage this one. https://t.co/5N8Q3P2e5G

Hollywood is obsessed with remakes and reboots; because these movies worked the first time, so let’s do them again. And we as moviegoers can’t help but toe the line and buy the ticket, since we are equally compelled to follow our nostalgic urges. I tolerate remakes, and might even make a trip to the cinema for a few from time to time, but The Princess Bride is where I draw the line.

Never has there been a movie that embodies so many genres and tackles them all so well. It is a romance, comedy, and also an adventure story, managing a pitch-perfect tone as it moves with ease into each space. I also love the whole meta aspect to it, since we are aware that Westley and Buttercup’s story is being read by a grandfather to his grandson. The film cleverly uses this to create tension, with the grandson sometimes interrupting the story, to ask if “this is a kissing book” or to be comforted by his grandfather that nothing bad was going to happen to the characters he grows fond of over the course of the story.

As a Literature major, these moments in the movie are such wonderful statements about the power and importance of books. Carl Sagan said it best when he articulated that “a book is proof that humans are capable of working magic”. In a time where we are so enraptured with visuals on our phone, it is comforting to see a young boy turn his attention away from the television and enter the world his grandfather builds for him.

While he dreaded his grandfather’s visit at the beginning and resented having to spend time with him, they forge a connection towards the end, cementing the fact that the act of storytelling is a universal thing that fosters human connection. When you meet someone new, you tell them the story of yourself, your background, family, and interests, and it is through this act that we find common ground with others. The easiest way to make conversation with someone is to ask them about their favourite film, or a recent book they read that they liked.

There is a lightheartedness to The Princess Bride as well, where it pokes fun at the insta-love connections that seems to pervade the romance genre. With Buttercup and Westley’s interaction mainly limited to her ordering him around and him complying, it is kind of funny how they can even fall in love with each other. I mean, Westley saying “As you wish” gets me hot under the collar too, but there is more to love and relationships than that.

We see this development later on when Buttercup cannot recognise Westley in costume, and speaks of his blue eyes while failing to see that the man in front of her is the man she mourns. Westley isn’t the same man who set off all those years ago, he has been through hell to make his way back to her, and at the same time, he is unsure of where he stands with her. After all, she is engaged to be married to a prince. There is definitely discussion here about social class, where Westley goes off to make something of himself to be worthy of her, but wonders if this was worth it when he would never measure up to the likes of a prince.

As he questions her faithfulness and she pushes him off the hill for his gall, the movie changes the presentation of “As you wish”. Before it is always said by Westley with a brooding sexiness and the promise of scandal within his eyes. Now, he utters it while rolling down the hill, sending us into spasms of laughter as Buttercup throws herself down the hill after him. The prince trying to make sense of the visual of them tumbling down the hill is just hilarious stuff, because he is so wrong even though he claims he is never wrong.

When Buttercup and Westley reunite at the bottom of the hill, Westley asks her why she didn’t wait for him. And when Buttercup mentions it’s because she received news of his death, he says: “Death cannot stop true love. All it can do is delay it for a while.” Even though this conjures up hyperbolic sentiments from 19th century love poetry (unless it’s Shakespeare, who just loves being subversive) about death not being able to stop love, it is still an unbearably hopeful sight, especially since Westley proves this to be true later on, when he miraculously returns from the dead against all reason.

Cary Elwes’ physical comedy as Westley slowly returns to the land of the living is great stuff, and all his stumbling about results in a great dramatic moment when he has the showdown with the prince. When he lifts himself from the bed to point the sword at the prince, we are as taken aback as the prince. Has he regained his strength? Is he bluffing? It’s great fun to see the prince be brought down by a bluff, with Westley constantly showcasing how he is able to read people and strategically overcome them.

It would be remiss of me not to mention Mandy Patinkin’s performance as Inigo Montoya, a man in search of the six-fingered man who took his father’s life in order to avenge him. It is a moment he has practised for his entire life, with the rehearsed lines of “Hello. My name is Inigo Montoya. You killed my father. Prepare to die” in his back pocket the whole time, just bidding his time till he can use it on the right man. These lines are so quote worthy that there is actually a reference to this in the recent Falling Inn Love (available on Netflix).

So why we would we need a remake when the cast of the original is just pure perfection? A remake would also serve no purpose, because there is nothing to update. It is a medieval story, so the effects and set are perfectly suitable. The sword-fighting scenes are also superb and fit in with the time period. When a movie becomes a cult classic, it should not be tampered with anymore because it is a slice of history. There are perfectly serviceable ways of bringing the movie to a modern audience. It is already on a streaming platform like Netflix, which means that it is far from an obscure piece of film that we need to promote to keep in modern consciousness.

Movies like Deadpool actually show us the path forward, where we don’t have to remake our favourite older films, just pay homage to them. Once Upon A Deadpool follows the structure of The Princess Bride, with an older Fred Savage brought in just in case we missed the reference. Deadpool also, notably, makes a reference to Say Anything’s boombox scene. Both references are played for laughs and fits in with the tone that Deadpool establishes as a movie.

Whoever these very famous people are, I hope they see the error of their ways for even making such a blasphemous suggestion. In the words of Buttercup after she thinks Westley has died, “I will never love again.” This will be the only version of The Princess Bride because “there’s a shortage of perfect movies in the world. It would be a pity to damage this one”.