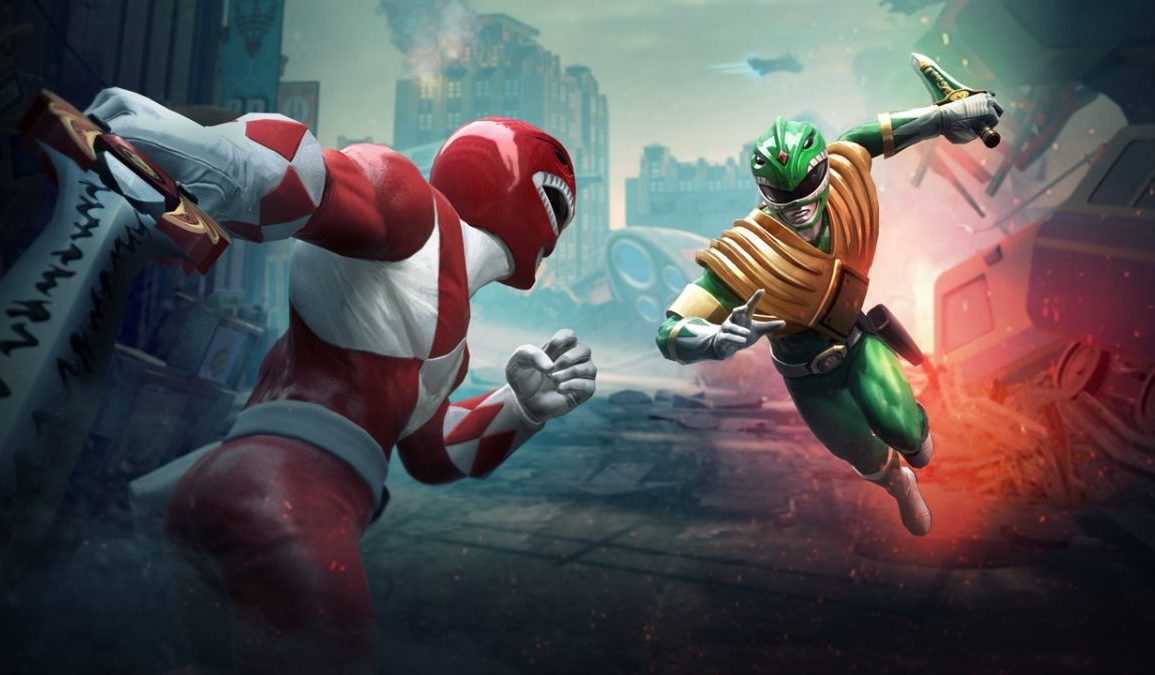 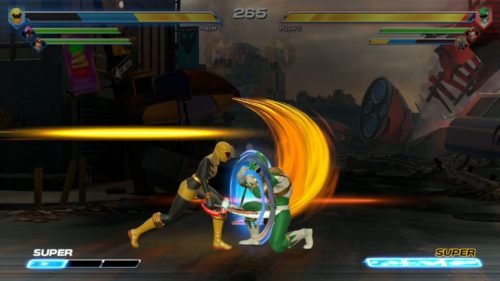 I was a Mighty Morphin Power Rangers kid and definitely enjoyed several of the 8 and 16-bit games made based off of the franchise, so I’m always interested in trying the newer titles featuring some of my favorite characters. This new endeavor, Battle for the Grid, is loosely inspired by possibly the biggest event in Power Rangers comics history, the debut of Lord Drakkon. My excitement grew when I heard it would be a fighting game made for consoles. I couldn’t wait to kick some Putty butt.

There are no Putties in this game, sadly, but there are some decent core mechanics. Anyone who has ever put real time into a Marvel Vs Capcom game will feel at home once the fists start flying. It isn’t just about the three versus three battles and fluid assists, but the controls as well.

Basic controls include light, medium, and heavy attacks, with the fourth button housing most of the special moves. Combining the special button with various directions changes the move while certain characters have weapon gimmicks to switch their attacks around from the balanced fighters. 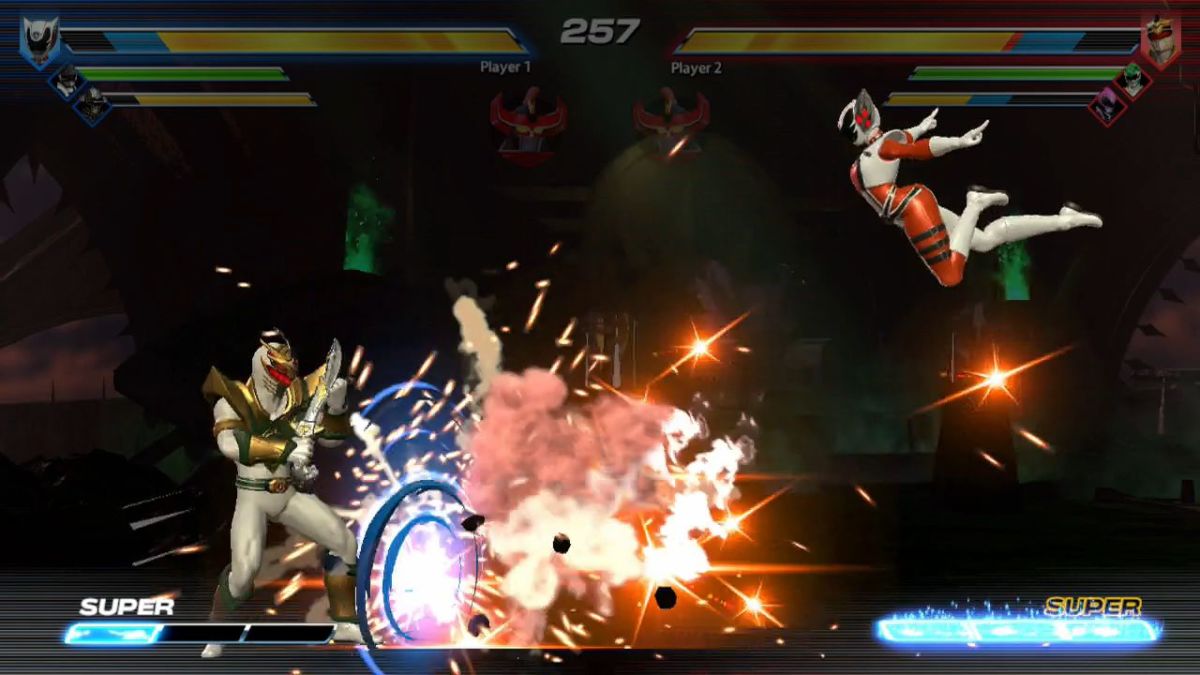 The player’s focus can remain on the face buttons until they are ready to switch out or pull of their strongest attacks. There’s a brief tutorial, but it’s enough to teach anyone how to fight, and connecting moves and combos past that is easy enough for fighting game veterans. Special moves are setup so anyone can pull them off, putting the focus on movement, strategy, and juggling the team in and out of combat.

I did have some issues with moves executing without me intending for them to. There were times where I’d want a simple action but because my thumb was slightly misplaced or there was a lingering input, my fighter would overreact and open me up. Sometimes attempting to switch a character would result in a lackluster assist instead.

There’s also ultra attacks, which are more devastating than super moves, where you call down the Megazord, Dragonzord, or an enlarged Goldar to squash the enemy team. However, I’m not a huge fan of calling in the big guns in this because it feels a little cheap and the damage level isn’t consistent. 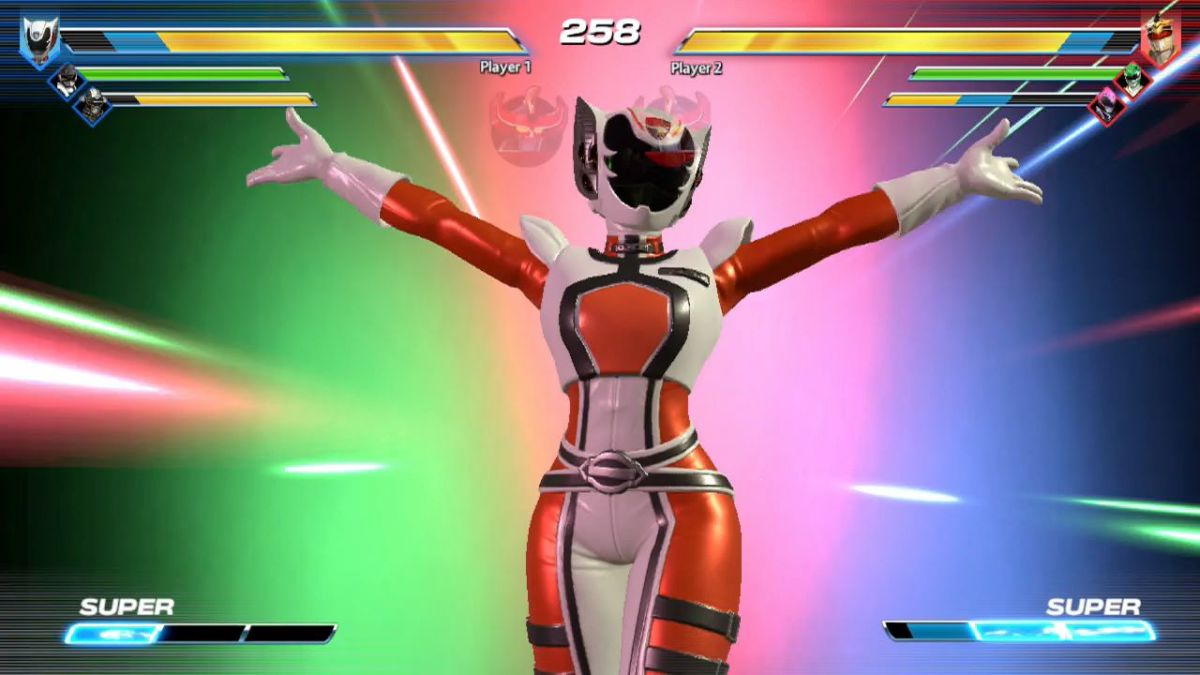 Don’t misunderstand me, seeing it is quite cool. I love that they found a way to incorporate these gargantuan entities, as they were present at the end of almost every episode, and there are far worse ways they could have been used. Battle for the Grid thrives when it utilises the Power Rangers legacy, taking characters and stages from the twenty plus year franchise, making some players like myself feel they are diving deep into the universe—more like dipping a toe in—but there is so much else they could have done.

There is so much missing from this project. The biggest problem is the limited roster, with only nine playable characters despite having the entire Power Rangers franchise to pull from. It’s a shame honestly, not even seeing one whole team or all of the various colored Rangers represented, no matter which versions. Content gets smaller from there with only five stages and about as many tracks for music. Players will see the bare minimum in every aspect of the game.

Online play works well but is incredibly barebones, missing multiplayer lobbies, modes other than Casual and Ranked, and other simple quality of life tools. It reminds me a lot of what Street Fighter V looked like at its launch, missing all but the essentials. Still, this is what will keep people coming back to the Grid most, as it can be competitive and fun. I only had one big glitch with my time online, where it wouldn’t let me switch out one character in a match, but I have read about some other issues with faulty blocking. This could probably all be fixed with some simple patches though. 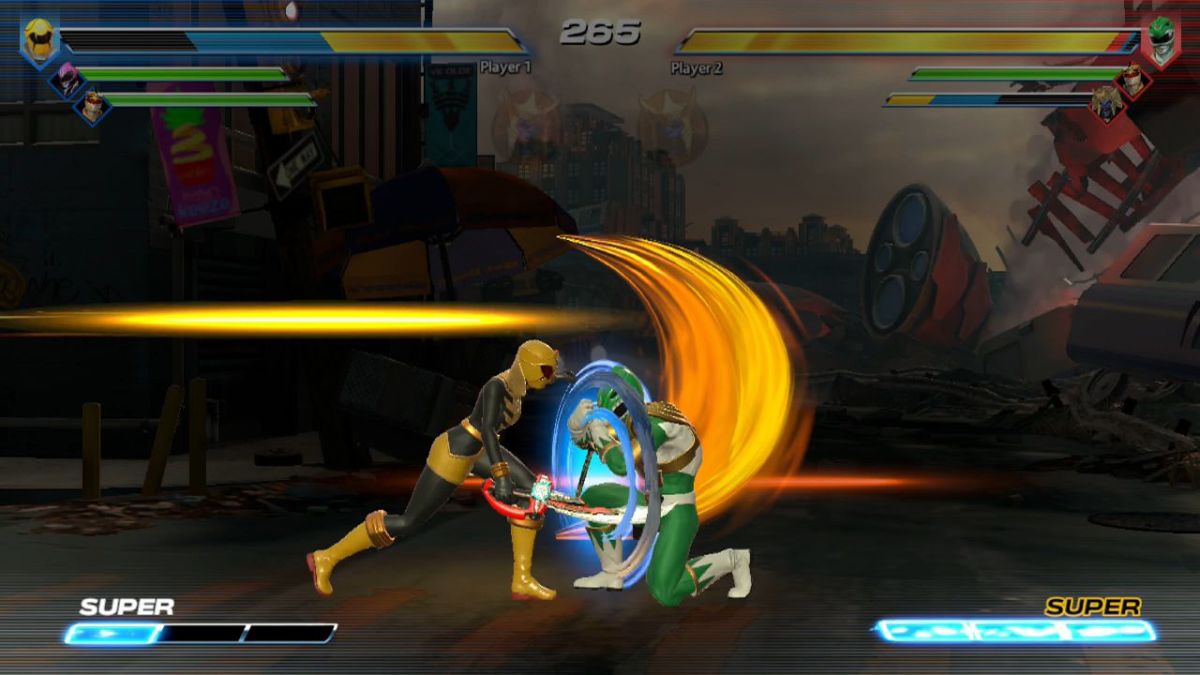 The game is only twenty dollars, but there are other new titles at the same price point that offer a lot more. I think nWay could have pulled more people in with a killer story. Considering the name already references one, they had a lot to work with. Unfortunately, the Arcade Mode at most sees two to three small conversations of a few brief sentences, while the ending for each character is somehow even less—more of a parting quote.

These are just text lines as well, as not having voiceovers for these few bits of dialog was another small cost-cutting measure. Fair enough, but they could have kept the text but done a lot more, especially when there’s decades worth of lore worth exploring.

The developers could have hidden the lack of content with some more story text before and after each of the eight fights (seven plus a boss battle against Drakkon). I understand that might be tough with the limited characters, but it would put some much needed meat on those gameplay bones. Yes, the Rangers are cool and that will take fans pretty far, but what is lacking may cause a lot of people to pass on this title. That makes me sad as I did have fun playing this. I’m just not sure how much I’ll come back. 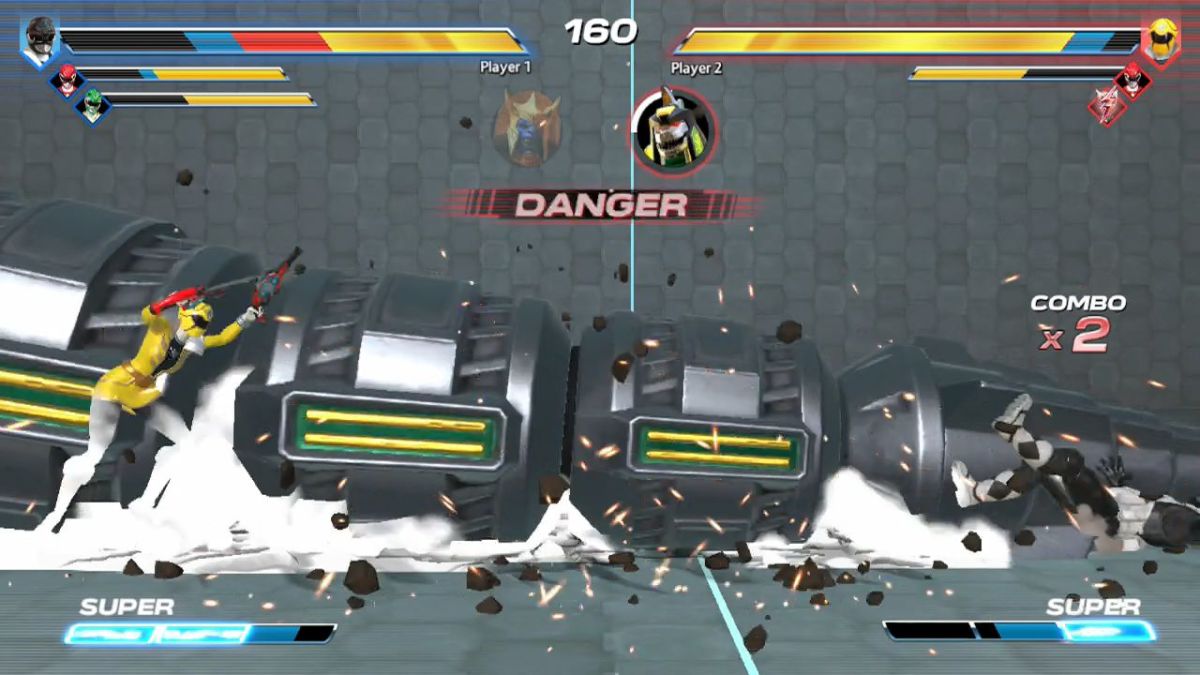 Just as I was wrapping this review up I saw that there are three new free characters (not included in the pass for season one) on the way for everyone, which is a good sign. No one should be surprised there is already announced downloadable content that is divided into ‘seasons’ and players will be hearing about a lot more planned additions soon.

That seems cool because we want more to play with since the gameplay is tight, but that is also a bit off-putting. Even at twenty dollars, it seems like Battle for the Grid was incredibly stripped down—which is a shame. The first season pass of DLC will run $14.99, almost the cost of the base game, and most likely not worth it for players without a sale. nWay may have noticed this though and released those free characters to smooth things over.

The game is so colorful and handles well. It has the name recognition and a price that isn’t too scary, but all of the things I have mentioned above could greatly cause the sales numbers to slump, not to mention how brave it is to release a fighting game in the same month that Mortal Kombat 11 is launching.

All of this together has me worried that this game will get skipped, not sell well and underperform, as we hear about with so many other titles, which could mean that big franchises like Power Rangers take less risks with their video games. nWay and Hasbro have found something good here with Battle for the Grid that’s worth developing more, so I intend to keep playing. It’s morphin time! 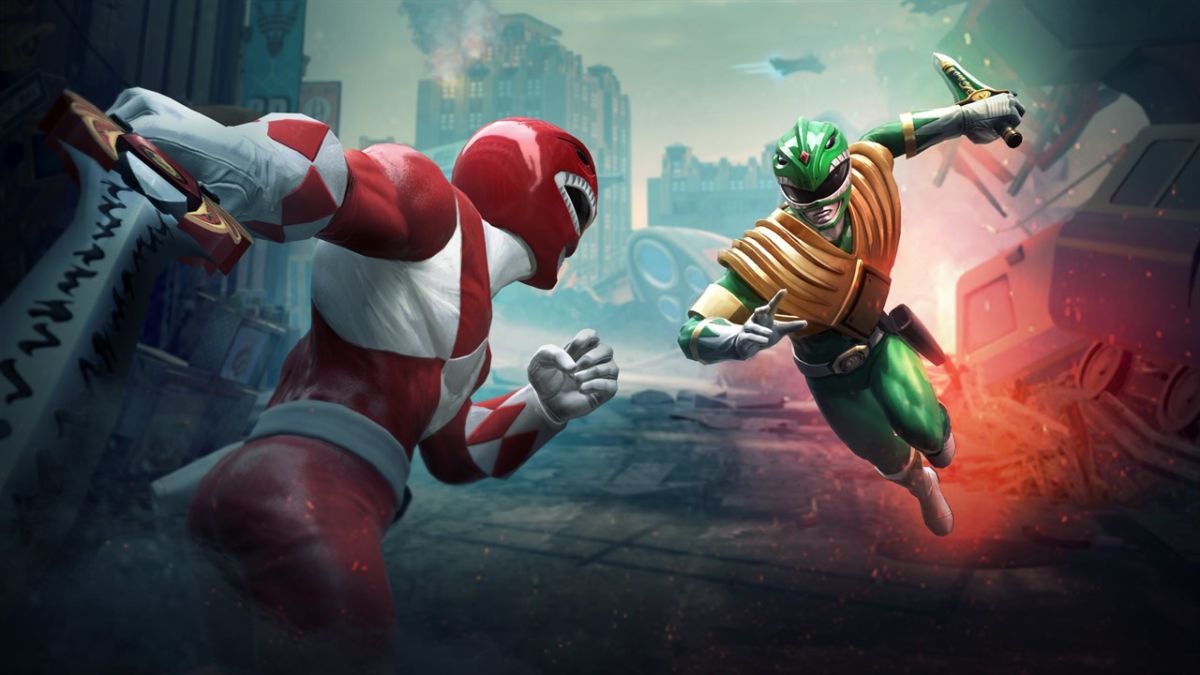 Verdict
A fun budget fighter that has its core mechanics in the right place but is currently missing a lot of content, Battle for the Grid is a good fighting game with the potential to become great.
7