Pokémon Scarlet and Violet: Where To Find Dawn Stones 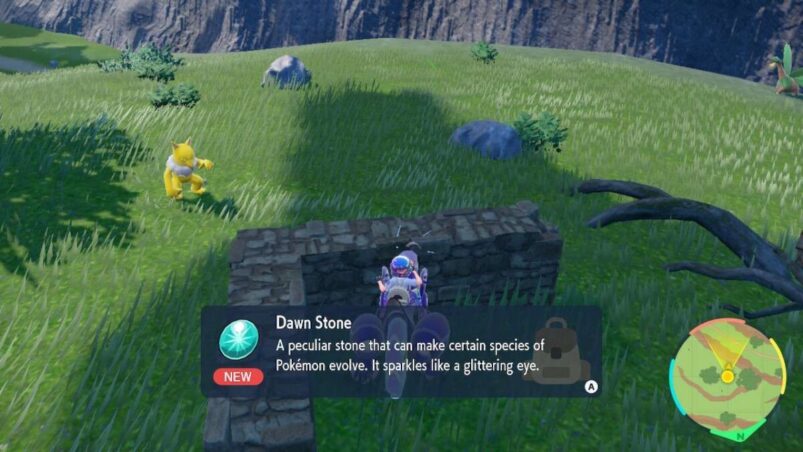 Pokemon trainers looking to complete the Paldean Pokédex in Pokémon Scarlet and Violet will need a variety of evolution stones to trigger certain evolutions, as a selection of Pokémon can’t evolve without them. The Dawn Stone is one such evolution stone and it’s one of the rarer and more difficult stones to track down in the game.

The first is available reasonably early in the game. As soon as the Treasure Hunt has been explained, take the West exit from Mesagoza to enter South Province (Area Two) and keep heading north until you’ve passed the Asado Desert. Once you arrive in West Province, climb the hills to the North and West of Medali Gym. There’s a series of ruins nearby and amongst them is a shining item on the ground. Collect this to obtain the first Dawn Stone.

To find the second, travel north from East Province towards the river before going east towards the sea. The Dawn Stone is on the ground surrounded by other items. Dawn Stones will also rarely spawn in the Asado Desert if you struggle to find these static ones.

Pokémon Scarlet and Violet are out now for Switch.

READ NEXT: Pokémon Scarlet & Violet: How To Play With Friends