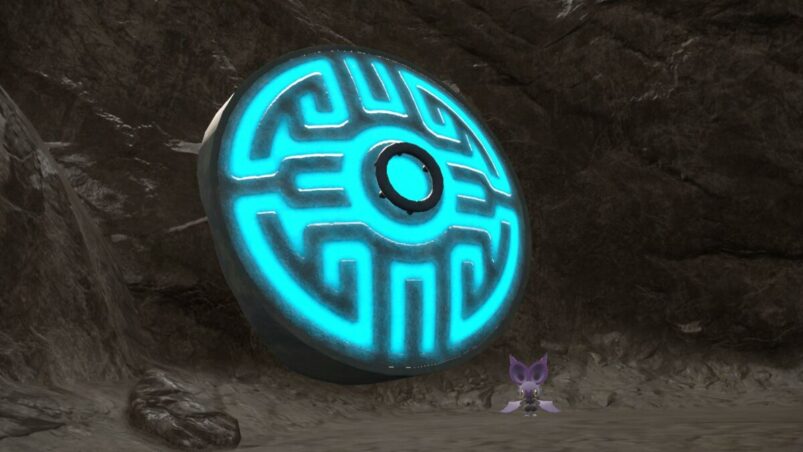 Pokémon Scarlet and Violet has four mysterious shrines hidden around its world which each contain a Legendary Pokémon, with 32 ominous stakes in total to find that are four different colors. There is only one chance to catch these Pokémon, but first you must uncover eight corresponding stakes. The blue ominous stakes are scattered around the Paldea region, here are all the locations to unlock the blue Firescourge Shrine.

The first blue stake is located in the north-east of the Paldea region. It’s in the North Province (Area One) but is some distance away from the nearest city of Montenevera. Head towards the top-left of the map following the river until you come to the mouth. ascend the various landforms and you’ll see the blue ominous stake at one of the highest points.

The second blue stake is found in the middle of a hill that lies in the centre of North Province (Area One). It’s located near the text for the area on the overworld map.

The third stake is south-east of Glaseado Mountain in the Tagtree Thicket area. It’s on a small hill overlooking a body of water.

The fourth blue stake is west of Tagtree Thicket, to the south of Glaseado Mountain. Find the mountainous area and it’s on the edge of one of the small platforms that jut out of the side of the mountain.

The fifth blue ominous stake is inside some ruins in the North Province (Area Two). It’s near the letters that appear on the overworld map, specifically ‘w’ and ‘o’.

The sixth stake can be found north-east of Levincia near the sea on top of a hill. It could be hidden behind the tree from certain angles, so be thorough.

The seventh stake is at the top of a mountain in North Province(Area Two) near to the Pokémon Centre, north-east of it specifically.

Content warning: Please do not read ahead if you do not want the contents of the Firescourge Shrine spoiled

Once all eight blue ominous stakes have been pulled from the ground, you will hear a “mysterious” cry and the shrine door will be able to be opened.

To locate the Firescourge Shrine, head to a cave near the eighth blue stake. The shrine is to the south of the Pokémon Centre in the North Province (Area Two) and you’ll face a prompt that asks if you want to touch the shrine. Selecting yes will see the Legendary Pokémon Chi-Yu released from within. This funny, small goldfish Pokémon is actually a dark/fire type ruinous Pokémon. Use False Swipe to lower its health without knocking it out and ensure plenty of ultra balls, timer balls and quick balls are in your bag.

With a bit of luck, you should be able to catch this legendary Pokémon and add it to your party.