The Upside (2019) REVIEW – The Downsides Are Hard To Ignore

The Upside features two great performances at its core but is let down by some huge issues. 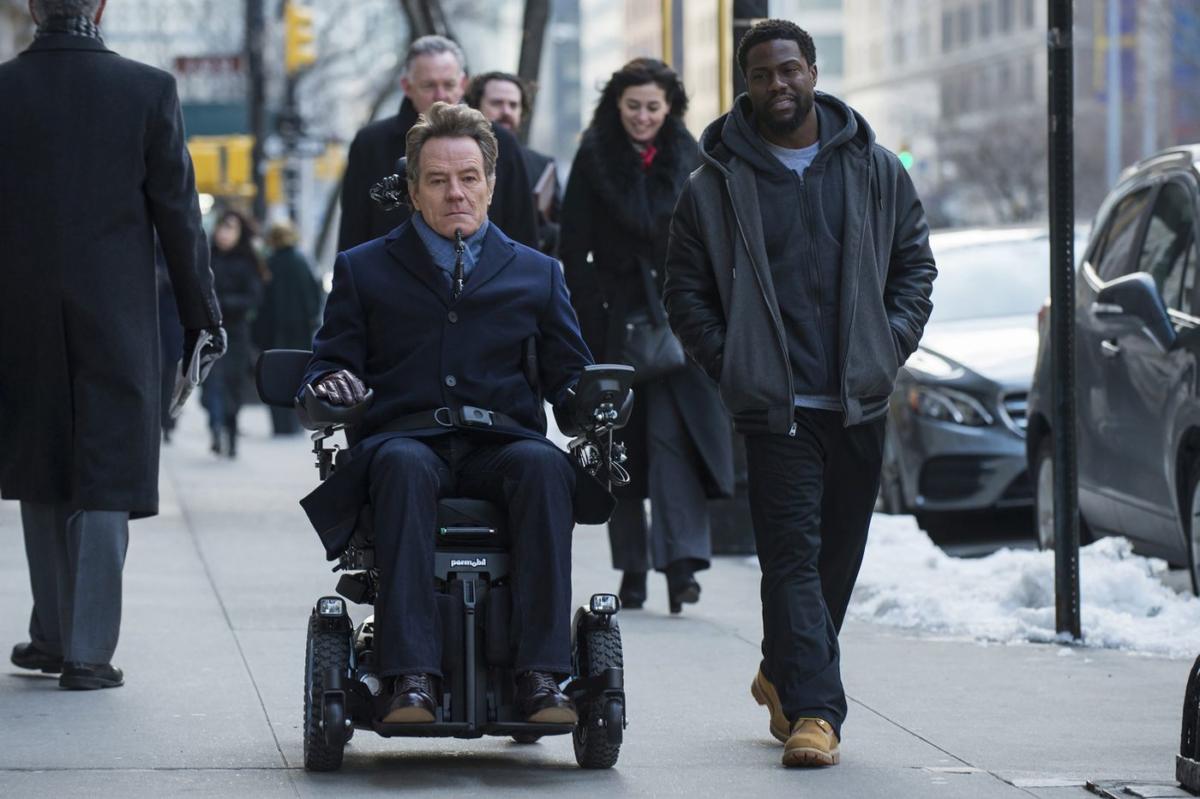 The entire Oscar hosting fiasco surrounding Kevin Hart couldn’t have come at a worse time for him. The Upside is the best acting the comedian has ever done – I was continuously impressed by him as the film went on. This isn’t a defense of Hart, I find his homophobic remarks and his dismissal of them to be repugnant, but rather a disappointed observation of the talent that he possesses and fully displays in this movie. The Upside is almost completely carried on the back of its two stars, Hart and Bryan Cranston, and in turn becomes a genuinely uplifting and warm story about two unlikely best friends. It’s not nearly as manipulative as it appears to be, and the tone maintains a sense of lightness about it that never lets the film become too silly or too dark. It’s a fantastic blend of comedy and heartfelt drama, but there are a bit too many unnecessary jokes that come at the expense of women, which detracts from the good parts of the film.

The Upside is a remake of the 2011 French film The Intouchables, the true story of a wealthy quadriplegic man, Phillip (Cranston), who hires a young ex-convict named Dell (Hart) to be his caretaker. Phillip has lost most of his will to live, which leads to him hiring the severely unqualified Dell. But Dell surprises everyone when he proves himself to be the best man for the job, helping Phillip regain his sense of fun and excitement while at the same time, Phillip gives Dell the opportunity for a second chance at life, one where he can leave his past behind him and be a better father to his son. Through their time together, the two become close friends, and grow to depend on each other.

The story might seem overly sentimental or worse, but thanks to the excellent direction of Neil Burger (Limitless, The Illusionist), it never ends up feelings that way. Cranston and Hart have tremendous chemistry together, and the film knows this, dedicating almost its entire runtime to scenes of the two hanging out and palling around. The performances from the two actors are commendable – Cranston’s ability to still have enormous range without the use of his arms or legs is certainly impressive and a welcome reminder of how immensely talented the man is, and Hart delivers a more subdued and thoughtful performance than he ever has. His usual manic energy is toned down even during the film’s comedic bits, and it’s amazing how much of a different kind of flow he has when he’s in a softer film.

Despite what it may come across as, The Upside is able to sidestep becoming a white saviour narrative. Its racial politics are a bit hazy, but it makes the decision to mostly avoid addressing anything of the sort altogether. It might be for the best, but it might also serve as a missed opportunity. There’s a bit of a rags to riches element in the film, such as a scene where we see Dell take in the size and glamour of Phillip’s sizeable penthouse, and the message could lean a bit too much into the territory of “if we all just acted friendly to each other we could end racism!”, but thankfully (or not, depending on who you are), The Upside doesn’t attempt to make much commentary on the subjects.

It’s the friendship formed between Phillip and Dell that makes The Upside so effective. There’s actual time given for the two to warm up to each other and for trust and comfortableness to build, something that you don’t get often enough in movies. It’s a natural relationship that never feels one-sided or unbelievable, and once again, that’s largely thanks to the great banter between Cranston and Hart. Phillip introduces Dell to the worlds of art and opera, and Dell shows Phillip the wonders of weed, hot dogs, Aretha Franklin, and…sex workers?

Yes, there’s only one glaring issue I have with The Upside, but unfortunately it’s an ugly one. There’s a constant stream of misogyny throughout the film, and most of it comes from Dell. Dell is a self-confessed womanizer – when Phillip asks what he’s passionate about, Dell responds with “Sleeping. Women. Sleeping with women.” When Phillip’s physical trainer comes in, Dell immediately begins commenting on her looks, and then takes it one step further and talks about how she should see him naked, from behind, with candlelight. When Phillip is about to go on a date with a woman he’s only ever talked to through letters, jokes are made about how he should call it off if she’s what Dell considers fat or ugly. When the two of them go to the opera, Dell hits on two different women in front of their husbands.

I’m not saying that these kinds of statements or jokes can’t be made in a movie, obviously they can. I understand that it’s a character trait of Dell and those are things that he says. The problem is how this kind of dialogue is framed. Dell is never called out on his blatant misogyny and unwanted sexual comments, and the film passes off each instance of it as humorous and innocent, even endearing. It certainly doesn’t help that the only major woman character in the film, Phillip’s assistant Yvonne (Nicole Kidman), is portrayed as a humorless shrew who spends half of the film looking for excuses to fire Dell (maybe it’s because he refers to her as “sweetie” the first time they meet).

If you’re willing to overlook the numerous and unnecessary counts of misogynistic comments, then The Upside is a pretty great movie. Everything else in it works to create a perfectly balanced comedy/drama, the use of opera as its soundtrack is an inspired and inviting change of pace from other film scores, and it’s worth seeing for the wonderful performances from its two stars. Despite casting an actor who isn’t an actual quadriplegic, the film has pretty progressive views towards disabled people, having characters continuously call out others for not treating Phillip as an actual human being, among other things. It’s not enough to make up for its problematic side, but the majority of The Upside is still a heartfelt, enjoyable, and moving experience. If only they had hired a woman to help write some of the jokes.

Verdict
The Upside is a career best for Kevin Hart, and combined with the talents of Bryan Cranston, the two of them lift the film up above its standard story of an unlikely friendship to create a genuinely moving viewing experience, despite far too many misogynistic jokes.
7
Cultured Vultures is a pop culture website established in 2013 covering all things gaming, movies, and more. We eat your words.
All The News On The Biggest Games