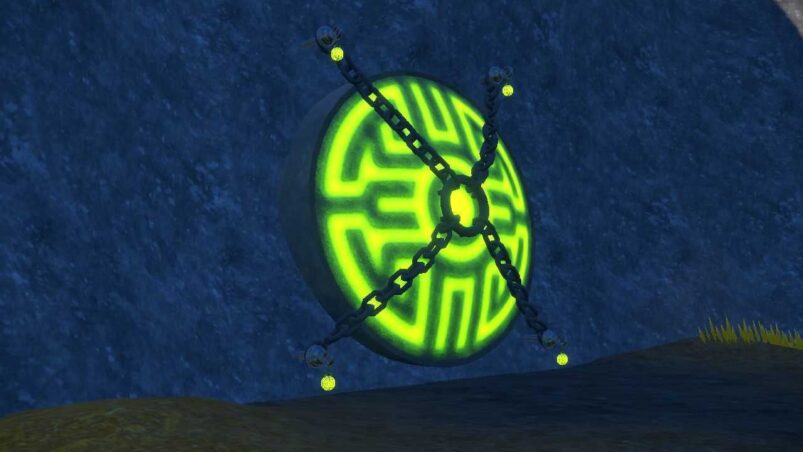 As the Pokémon series continues to thrive, Game Freak implements Legendary Pokémon in different ways, and the recent release of Pokémon Scarlet and Violet is no different. Searching for a total of 32 Ominous Stakes across the Paldea region will unlock four new Legendaries.

These four Legendaries are known as the Treasures of Ruin, and you’ll need to find the blue, yellow, purple and green stakes in order to unlock them all. For the green stakes specifically, they are scattered across the north-west corner of the Paldea region where the Pokémon levels are quite high. It’s recommended to have defeated all Titan Pokémon to unlock Miraidon or Koraidon’s movement. Here’s where to find all of the green ominous stakes.

The first stake is located between Porto Marinada and Medali. It’s in the West Province (Area Two) inside a cave. You’ll have to climb up some rocks to find it hidden behind some pillars. Some of the green Ominous Stakes require you to be thorough when looking, and this is one of them. The nearest Pokémon Centre to fly to is either Porto Marinada before travelling east, or Cascarrafa before travelling north-west.

The second green Ominous Stake is near to the first one, exit the cave on the riverside and travel a short way down before locating it in a patch of long grass.

The third green stake is on the opposite side of the river, to the north of the town of Porto Marinada. There is a bridge to the east of Porto Marinada that you can use to access it if you haven’t unlocked all of the movement abilities such as swim just yet.

The fourth green Ominous Stake is in Casseroya Lake which is filled with water Pokémon. Observing the Casseroya Lake text on the overworld map, place a pin to the south-east of the text itself, but north-west of the city of Medali.

Stake number five is also in Casseroya Lake, but travel to the north-east of the text on the overworld map. It’s on the edge of the largest of the islands, facing a cliff-edge.

The sixth green Ominous Stake is on a mountain-side patch of grass to the west of Glaseado Mountain but to the north-east of Medali. Nearby is a river.

The seventh stake is in the north-western area of Glaseado Mountain near Montenevara. Head to the most north-western snowy area you can find and you will see it on the edge of the mountain.

The final stake takes you back towards the shrine itself, at Casseroya Lake. The north-western part of the map is your destination, near the North Paldean Sea. Traverse upwards until you see the stake with a very small lake nearby.

Warning: Please do not read ahead if you do not want the contents of the Groundblight Shrine spoiled.

The green shrine is called the Groundblight Shrine and contains within it a huge, towering ground/dark-type Pokémon. It is located in the northern part of Casseroya Lake, in the middle of the sandy area. You will need to drop down from a point in the middle of the sandy area to find it. Inside the shrine is Ting-Lu, who has the Vessel of Ruin ability and is categorised as a Ruinous Pokémon.

To defeat him, ensure you have Pokémon with you that can withstand dark and ground-type attacks as well as plenty of timer, quick and ultra balls.

With a bit of luck, you should be able to catch this legendary Pokémon and add it to your party.